Gree's fraud was reported by competitors a month ago

Recently, Gree Electric appliances was accused of fraud in China Mobile bidding project, causing controversy. According to the exclusive understanding of first finance and economics, Gree was disqualified as a result of fraud, which was reported by competitors.First finance and economics saw on China Mobile purchasing and tendering website that the announcement on the result of handling the negative behavior of Zhuhai Gree Electric Appliance Co., Ltd. was released on June 1. After a month, the sudden large-scale fermentation surprised many people.

However, according to first finance and economics, the disqualification of Gree was reported by competitors. The reason for fraud is not product quality problems, but more business problems. Some internal staff described Gree's incident as a small loss. China Mobile required the supplier of high-pressure centrifugal chiller to have cases and achievements applied to relevant application scenarios. Gree related project personnel had problems in business contracts, and finally was reported by competitors and lost the bid winning qualification. However, according to the reporter's understanding, in order to obtain the contract, the relevant candidates reported each other.

After a month of speculation, the internal staff of Mobile said: "we are also very surprised, our official website will often publish negative behavior announcements of suppliers." 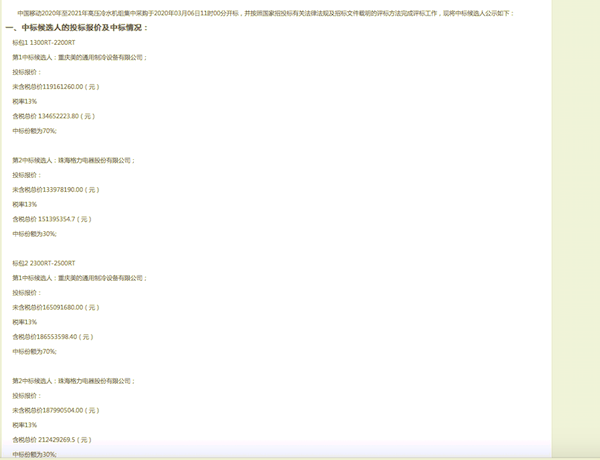