Moreover, new and old products often coexist for a long time. For example, now we all say that routers have entered the era of WiFi 6, but in fact, there are still a large number of WiFi 5 level products in mainstream router products, and WiFi 4 in entry-level products has just given way to WiFi 5. In fact, WiFi 4 router began to enter the market in 2009, while WiFi 5 router entered the market around 2013. It has been 11 years and 7 years since now.

However, the popularity of WiFi 6 is much faster than that of WiFi 4 and WiFi 5. It took nearly seven years before and after WiFi 5 routers were used to completely withdraw WiFi 4 routers from the market. However, WiFi 6 routers, which only officially entered the market last year, have been touched from the high-end to the mainstream and even to the entry-level markets, and the choices available to users are quite rich. Moreover, not only routers, but also WiFi 6 terminal devices are quite sufficient. From PC products to mobile devices, WiFi 6 has become the standard configuration of various new wireless terminal products under the strong promotion of major manufacturers. Due to the synchronous development of routers and supporting terminals, the embarrassment of WiFi 5 promotion in those years almost disappeared. It seems that it has become a matter of course for users to upgrade WiFi 6 network.

But just as you upgrade your PC hardware for a better experience, for most users, upgrading WiFi 6 is also for a better web experience. It's just that there are not only CPUs in the PC, but also routers in the network composition. If we don't take the overall consideration when upgrading WiFi 6, and comprehensively improve the network composition of each part, then simply replacing a WiFi 6 router is likely to cost a budget but not bring substantial network experience upgrading. So before we upgrade WiFi 6, we might as well learn about WiFi 6 and see if we really need a WiFi 6 network.

What are the advantages of WiFi 6?

regarding the advantages of WiFi 6, technically, WiFi 6 can be said to have evolved WiFi 5. based on the latter, it introduces many features, such as up/down MU-MIMO、OFDMA、1024-QAM modulation mode, BSS Coloring and Target Wake Time mechanism, which makes the WiFi 6 not only have higher data rate, but also have lower network delay, equipment capacity is also greatly improved, and high-speed equipment will not be dragged down because low-speed equipment occupies resources.

The above are the technical advantages of WiFi 6. In terms of products, the promotion of WiFi 5 is not only divided into two generations of wave 1 and wave 2, but also the development of routers and terminal devices is obviously out of sync, especially for mainstream products, which took a long time to complete popularization. But WiFi 6 is not the same. WiFi 6 enters the market with a complete attitude. Although most of the first router products are high-end products, the promotion of terminal equipment is quite approachable. The first launch is the mainstream product.

Intel's ax200 network card can not only provide a theoretical speed of up to 2.4gbps, but also the market price can be said to be approachable. You can start with about 100 yuan, and the follow-up speed of mobile terminals is very fast. Basically, when WiFi 6 was first launched, all kinds of smart phones also provided WiFi 6 support, plus WiFi with mainstream price 6 router will soon be on the market, which makes WiFi 6 form a market with the scale of WiFi 5 in a short time.

Now that WiFi 6 has advantages in technology and products, what factors should users consider before upgrading their WiFi 6 network?

First of all, is your broadband fast enough?

Everyone upgrade PC hardware, basically hope that it can bring better performance, and PC hardware to reflect its performance improvement, there are a lot of ways, with a variety of test software is a, open your familiar application, see if its speed is significantly improved is also a kind. Everyone upgrade WiFi 6 naturally the same, hope to be able to change the router way to get a better network experience. However powerful your router may be, you'll eventually need your broadband access to connect to the outside world, so if you do n' t get enough broadband access, you won't get any better on the web experience even if you replace a WiFi 6 router.

So what kind of broadband access rate needs WiFi 6 router? At present, 100Mbps will be an important dividing line, because for WiFi 4 routers, most of them are equipped with 100Mbps LAN interface, and the actual WiFi rate is not more than 100Mbps. Therefore, WiFi 4 router can only control the 100Mbps level network at most, and the broadband access of more than 100Mbps is currently WiFi A router of 5 or higher is the right choice.

And if your broadband access rate is less than 100 Mbps, then we think you should consider increasing the rate of broadband access rather than replacing a router, because the bottleneck of your experience at this time is on broadband access, routers are secondary instead, remember to find a reliable, stable and not light-rate network supplier oh!

second, do you have perfect gigabit LAN network?

While you already have good broadband access rates and routers aren't backward WiFi 4 products, you might as well take a look at your LAN wired connections and see if they are perfect gigabit wired. If so, then you can slow down the actions of upgrading WiFi 6 routers, and if not, the upgrade WiFi 6 routers can continue to be considered.

So if you already have a well-established Gigabit LAN wired network, the advantages of WiFi 6, especially in terms of speed, are not obvious. But if you don't have a Gigabit LAN cable network, or it will be difficult to build a Gigabit LAN cable network, you can consider upgrading the WiFi 6 router at this time. At present, the mainstream WiFi 6 router can provide the same speed as the high-end WiFi 5 router, and the construction cost can be even lower, because the high-end WiFi 5 wireless network card is not cheap.

Third: Do you have many devices that need to access wireless networks?

With the gradual promotion of smart home, our routers often connect not only mobile phones, computers and other terminals with high demand for the network, but also a variety of smart home devices with no obvious bandwidth requirements. These devices also affect the state of our network to some extent, especially when they transmit data, and also delay the response speed of the network to some extent, so WiFi 6 introduce the TWT, that is, the Target Wake Time mechanism.

TWT mechanism is specially implemented for low-speed devices, mainly for smart home products with low network bandwidth requirements, such as WiFi devices with only 2.4GHz band and 20MHz band. When the router exchanges data with these low-speed devices, a wake-up schedule will be generated at the same time. Only when the wake-up time is needed, the router will wake up the devices for data exchange. Moreover, the router can also sort the wake-up time of different low-speed devices in advance to avoid network congestion caused by waking up multiple devices at the same time, which is also a technical means to optimize the utilization of network bandwidth.

This is what WiFi 5 router does not have. Therefore, when you have a lot of devices that need to be connected to the wireless network, such as various smart home devices, although they do not have high bandwidth requirements, they actually occupy this communication channel, causing the response speed of other devices to be greatly slowed down. At this time, WiFi with TWT wake-up mechanism is available 6 router is obviously your first choice.

Fourth point, your main equipment has been upgraded to WiFi 6?

The fourth factor can actually be considered alone, no matter what the network situation in your home is, when the terminal equipment in your hand, especially the main equipment, is gradually replaced by the WiFi 6 product, you already have enough reason to upgrade the WiFi 6 router, after all, only the WiFi 6 router and the WiFi 6 device are the best match, only the two can play the best network state.

Finally, we summarize a few elements that can quickly determine whether you need to upgrade WiFi 6 network:

If you are still using WiFi 4 router, and the broadband rate is above 100Mbps, please upgrade WiFi 6

If you have a lot of devices that need to be connected to a wireless network, upgrade WiFi 6

If you have at least 3 WiFi 6 devices, upgrade WiFi 6

If the above 4 factors, you account for not less than 2, then we recommend that you replace your own router with WiFi 6 router. Of course we don't think it's appropriate to switch to more advanced WiFi 5 routers, but the price difference between WiFi 6 WiFi 6 routers and WiFi 5 routers is small,, the former has a clear advantage in technology and performance, plus electronics has always been 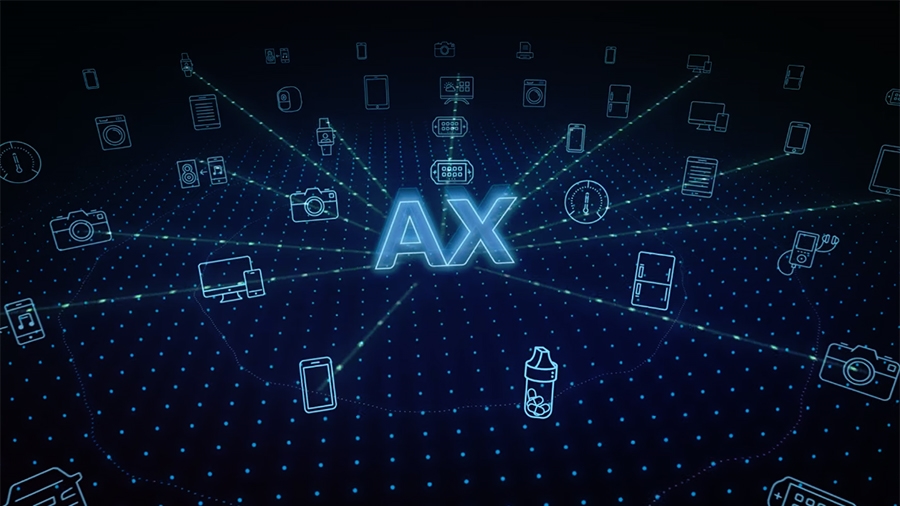