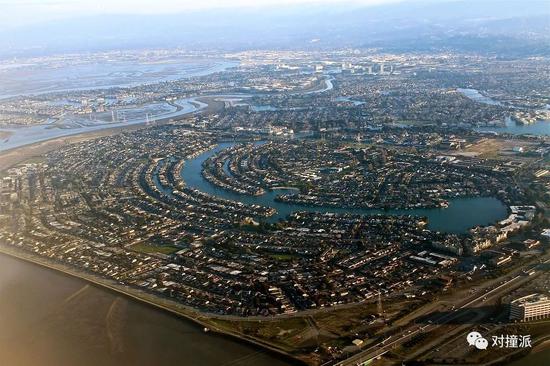 "Escape from Beijing, Shanghai and Guangzhou" is not a Chinese characteristic;

"New silicon" refers to New York, Silicon Valley and Seattle, while the destination of escape is the more sparsely populated city of 3456.

It's Glenn Kelman, CEO of redfin, the largest online real estate trading platform in the United States. On the earnings call during the epidemic season, he was not exempt from mentioning current housing trends.

Different from escaping from Beijing, Shanghai and Guangzhou, the reasons for fleeing "new silicon" are not 996, work pressure and middle-aged crisis, nor are they all house prices. The core reason is the epidemic.

Super large cities with large populations will inevitably become hotbeds for the spread of the epidemic, and large technology companies such as twitter and Facebook have begun to work from home for a long time.

You can earn money by squatting at home, and you can't go to the entertainment places outside. In this case, are you still paying a lot of money to rent a house?

In the new era, the first new way of life of Silicon Valley civilization was born

In the large single family house in the big rural area of the United States, you can enjoy the flower fields, green spaces and barbecue ovens outside the window. On the screen are the codes of the most advanced technologies in the world, leading the high salaries of Silicon Valley technology companies. 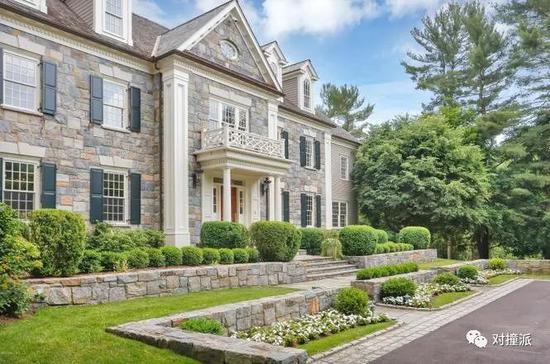 He not only kept his high paying job, but also lived in a luxurious house, just like a winner in life, as if he were rich and free.

However, is this really the case?

People in Silicon Valley have turned their eyes to Marin County in the north, which is almost the same as Shenzhen to Dongguan. 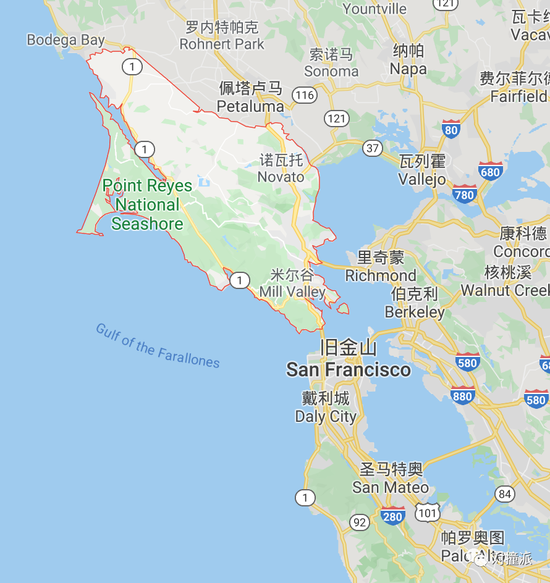 The American media, Bloomberg, talked about the experience of several real estate agents.

Don't expect a lot of bids for their $1.7 million house in Marin County.

After all, this year is a new crown, and economic collapse, who will have the mind to have spare money to buy a house?

But Katrina was quickly slapped in the face, and the Marin County house received offers from 13 potential buyers.

She said that the first offer was received at 4:00 p.m., followed by another offer at 4:15, and the third at 4:24. During the conversation and laughter, there were seven or eight potential buyers.

Perhaps it was during the epidemic period that people worked at home for a long time. He found that buyers who came to buy houses paid great attention to two points: first, whether there was an independent office; second, whether there was a large enough yard, such as the one with a swimming pool.

A $10.85 million (76.69 million yuan) property in Napa (Napa), north of Silicon Valley, from Shenzhen to Huizhou, meets these two requirements, with a four-acre (16000 square-meter) estate and an acre of Acacia planted next to yard's swimming pool and spa 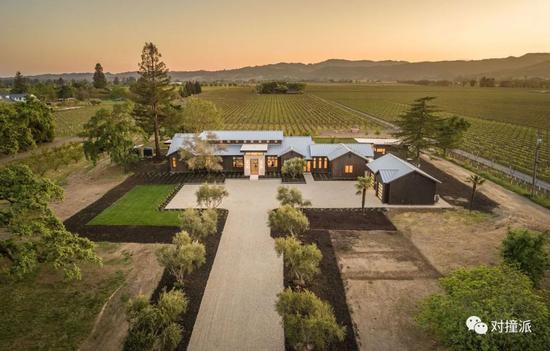 Under normal circumstances, luxury houses are not so good to sell, after all, few people can pay tens of millions. But the expensive home was sold within hours of opening up to buyers.

Whether it's Marin County in the northwest of Silicon Valley, Napa in the north, or Carmel Valley in the southeast, such cases happen one after another.

To the big countryside

The destination of escaping from Silicon Valley is not only the surrounding cities, but also other cities with the attribute of "American big countryside". You can understand it as Hegang, where you can buy a suite for tens of thousands of yuan, or a rural homestead with hundreds of villas.

According to the data of Evergrande Research Institute, the per capita construction area of new single family housing in the United States is 96 square meters, far higher than that of Germany and Britain, and much higher than that of Japan and Hong Kong, which are famous for their crowding. 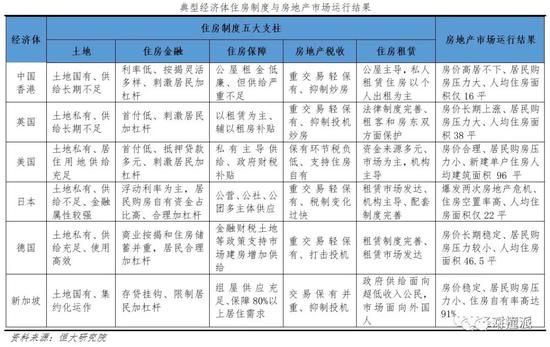 Such a high per capita floor area, of course, is not contributed by San Francisco apartments, but by the large rural area of the United States, which is far away from the sky and has a single house with a courtyard, has raised the average value.

During the outbreak, the wealthy Silicon Valley people

He chose to live here, of course, because he was close to his fiancee's Facebook office, and Dahl himself had been working remotely for an advertising agency in New York for a long time.

But under the influence of the epidemic, Facebook has announced that most people can work from home until the end of this year, and Dahl has recalculated his account:

Why pay so much rent in San Francisco when you can make money from telecommuting?

The couple are planning to move out, like Hawaii, or the big rural America, where housing prices are really low. 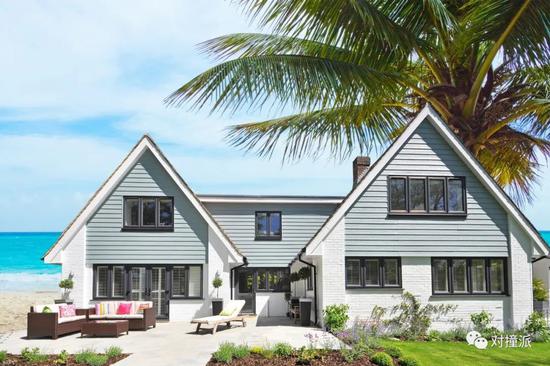 Before the outbreak of the epidemic, the company was worried that it would be unreliable for everyone to work at home, but now that the employees have been working well at home, the company will no longer have doubts about it.

His rent in San Francisco is as high as $3,200(22642 RMB), and now he's going to the city of Sacramento (Sacramento), northeast of the Bay Area, to buy a house and rent out the San Francisco house:

One of the signed clients of real estate agent jalifi is also heading for the countryside.

These three are not isolated, Berkshire

And they can afford it.

After all, as long as they are out of the bay area, they can all afford the seemingly luxurious housing needs of the technology giants, such as big houses and big courtyards.

Maybe it's the feeling of saving money to Hegang in Dachang 996 to buy villas, swimming pools and ski resorts.

Is it sour to buy a house?

It seems to be a fad in Silicon Valley, says HR Christy lake, chief executive of twilio Inc, a San Francisco firm, that 20% of its employees have moved out of San Francisco by long-term telecommuting.

A similar story happened in New York, where the epidemic is severe.

In the northeast of New York, Greenwich, Connecticut, is even hotter than Marin County, next to Silicon Valley.

Greenwich is about fifty or sixty kilometers from the city center of New York, which is almost the distance from the Forbidden City to Sanhe and Dachang. 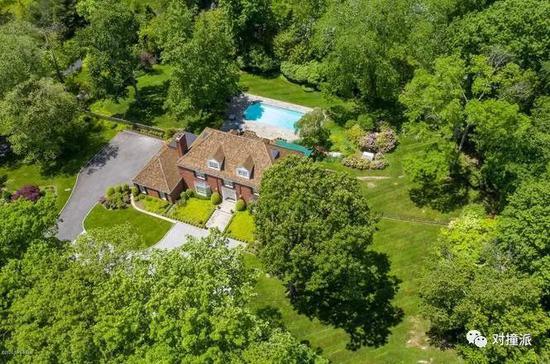 One of Greenwich's houses was shared on the Manhattan ladies' Facebook group. Soon, within a day, 60 people came to inquire about the price of the house.

His colleagues directly expressed the mentality of New York buyers

It's like escaping from the end of the day, regardless of the specific demand and price, it's OK to have a house to live in.

His client seems to have had enough of the epidemic in New York:

The street easy Brooklyn price index fell to $686285, down 2.7% from the same period last year, the biggest drop in the Brooklyn region in nine years. 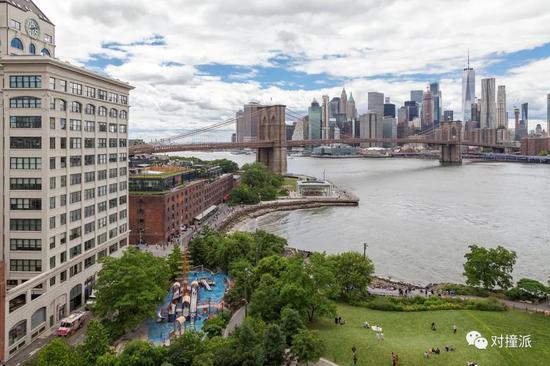 Note that Brooklyn is already the core and affordable area of New York.

But even if you can telecommute and escape from big cities, you can do it

It's hard to say.

Gitlab, the representative of code hosting, has been a telecommuting enterprise for a long time, with employees all over the world.

But this is not to say that the salary standards of employees in different parts of the world are the same, but that there are adjustments in different places.

They have released a compensation calculator that can calculate the basic salaries of employees in different positions, levels, experience and locations.

For example, if you are a sales person with average level and career growth, you can get about 110000 basic salary if you work in San Francisco;

The average place is about 60% off the salary of New York in Silicon Valley. A farmer of 20K can only get about 12K when he goes to a small county.

Michael snow, a gitlab employee who spent months traveling around the world, found that it was best to stay in San Francisco: there were not only a large number of Tech enthusiasts, but also the highest paid.

In the company where 20% of the employees have moved away, HR is also struggling

Do you want to reduce the salary of remote employees? It's not commercially worthwhile to pay people in Michigan in Silicon Valley.

It's not just a small company plan, Zuckerberg thinks the same way, announcing that Facebook will cut salaries for employees if they move to places where the cost of living is lower than in Silicon Valley.

According to a survey of users of redfin platform, 27% of people will also choose to continue to work remotely after the outbreak, and half of them will move away.

However, Taylor Marr, the company's chief economist, disagreed. She felt that sooner or later, everyone would be beaten in the face

Perhaps, if we consider the rent / programmer income ratio, if there is no epidemic, the crowded big city of "new silicon" is actually quite good. 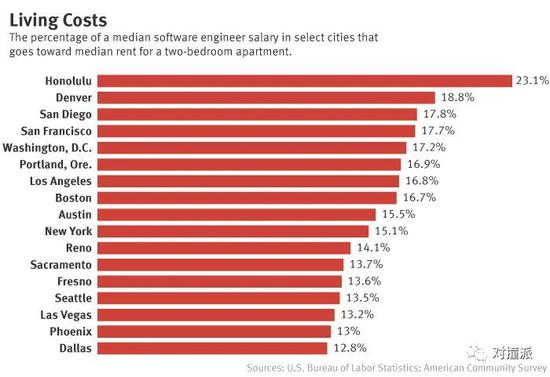 In terms of the rent to income ratio of programmers, San Francisco is not the first, and Seattle is only 13%.

As you struggle in Beijing, Shanghai, Guangzhou, Shenzhen and Hangzhou, the traffic congestion is not necessarily difficult, but the salary of 3000-5000 in your hometown is a real obstacle.

Related news
Apple announced that its devices will turn to the "Apple silicon" computing system
[view] Apple silicon processor will increase Apple's R & D cost, but not necessarily affect product price
Mac based on Apple silicon will adopt new boot and recovery interface and target disk mode
%Effective Love Spells That Work To Bring Back Your Man USA
Apple's first self-developed PC processor: 12 core Apple silicon
Cook said Apple silicon processors will not be sold: the new product is exciting
Hot news this week
Qualcomm lobbied the US government to lift the ban on the sale of components to China
Tencent re racing e-commerce, but does not want to make the next pinduoduo
Wechat in Apple's Google App store may be banned. What if wechat can't be used on iPhone
Tencent's response to wechat ban issued by the United States: under evaluation
Xiaomi 10 supreme commemorative edition press conference Lei Jun's live rehearsal
Tencent launched the largest school recruitment in history, and these positions are most popular
After the sesame seed, Alipay's "financial points" is officially launched: let's see how much you have.
The United States blocked tiktok and wechat one after another: This is the real purpose!
Votebymail is dedicated to helping American voters easily apply for postal ballots
The White House plans to require U.S.-listed Chinese companies to comply with U.S. audit requirements or be delisted
The most popular news this week
Why are analysts optimistic about Google Amazon?
How much influence does the United States have on wechat? Tencent: US market accounts for less than 1% of advertising revenue
Rise of domestic supply chain huiding and Huaxing confirm that Xiaomi 10 super large cup uses domestic parts
Bring your own screen to show "tactical assistance "! TIGA G27Q Game Display Evaluation :2 K 144Hz Small King Kong Cost-effective Rookie
IFLYTEK's response was included in the list of entities in the United States: voice assistant for Huawei's mobile phones has surpassed Google in all respects
Huawei's "Tashan" semiconductor plans not to use American technology at all? Hisilicon staff response: never heard of it
Invitation letter for Huawei matebook x new product launch: smaller than A4 paper, put mobile phone into computer
Us smartphone Q2 shipment increased by 11% month on month, 70% produced by Chinese manufacturers
The hidden trouble of "advertising platform" Facebook
Tencent doesn't want to give half its life to its partners?