According to the news, Samsung's next generation of foldable mobile phones is named Galaxy Z fold 2

There is a lot of expectation for the successor of Galaxy fold. Samsung's first foldable smartphone was a bit of a bad start, but the company saved face with the galaxy Z flip.All eyes are now focused on products called Galaxy Fold 2. This is not its actual name, the latest news shows that Samsung has decided to slightly change the naming convention, and given the hint earlier this year, this is not surprising.

Along with samsung's first clamshell foldable phone Galaxy Z Flip, the brand has emerged. As early as February, the company confirmed that it chose to name its foldable device portfolio Galaxy Z, and added that it chose 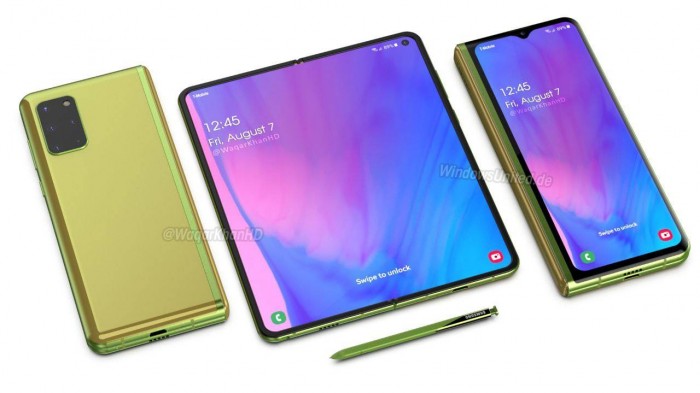 At this time, Samsung moved the original Galaxy fold to the new Galaxy Z category on its website. We also pointed out at that time that the sequel of Galaxy fold might change to z-based naming.

It's no surprise that Samsung will launch more products in the next few years, so the naming convention can't be the same. However, in addition to the new name, Samsung fans will be more interested in what's new with the galaxy Z fold 2. From what we have learned so far, in addition to the 7.7-inch folding display, it will also bring a larger flat panel display, and will have top-level hardware parameters, 5g and the latest version of one UI.

There is no news on pricing yet, but hopefully its price will be lower than the previous $1980.

Related news
Samsung Galaxy Z flip "rollover": folding screen mobile phones slow down
Samsung Galaxy Z fold2 with the strongest folding screen
Samsung Galaxy Z fold 2 prototype confirmed to support s pen (Figure)
Samsung Galaxy Z flip 3 exposure: support 120Hz refresh rate, ltpo screen technology
Samsung has registered "Galaxy Z" trademark
Samsung Galaxy Z fold3 without crease
Xiaolong 888 full screen Samsung Galaxy Z fold3 will use the camera under the screen: the end of the hole digging screen
Breaking through barriers and folding innovation Samsung releases Galaxy Z fold3 5g and Galaxy Z flip3 5g
Samsung is considering using the ATL's battery for the galaxy Z Flip/Fold folding machine
Exposure of Samsung Galaxy Z FOLD 4 folding screen price
Hot news this week
The first in the world! Intelligent screening system for visual impairment of infants and young children
World's first: Sun Yat-sen University has developed a mobile phone intelligent screening system for infants with visual impairment
Sources said Samsung Electronics is considering cutting chip production in the first quarter or a huge loss
The source code of the official website shows that the Microsoft Build 2023 developer Conference will be held on May 23-25.
The rendered picture of Meizu experience Center is exposed: there are cars and mobile phones to build 1000 stores.
At least 29000 facilities were affected, and WeiUnicom announced that there were serious loopholes in QTS and QuTS hero.
256G is not enough! Bloggers bought Xiaomi phone 512G has used up more than 300G: WeChat accounted for 70G
Regret that the medicine is gone! Apple closes downgrade channels for multiple versions such as iOS on 16-15-12.
Xiaomi tablet 6 key specifications steal run: high brush domestic screen Snapdragon 870 can also play!
Musk, the richest man in the world, also suffered a huge loss when he bought bitcoin by Tesla, who "cut leeks".
The most popular news this week
Microsoft's new version of Bing appears briefly: full access to ChatGPT
Bill Gates: the history of ChatGPT is as significant as "PC or the birth of the Internet"
The "iPhone 14" Letv mobile phone Y1 Pro+ sold for only 499 yuan becomes JD.com TOP3.
Man QQ Music lost 1.32 million in playing games in the studio: he was fooled by the anchor!
Intel China special edition Xinshen U suddenly went on sale: 1599 yuan cost-effective
The price of ZTE flagship endorsed by Wu Jing has been reduced! The overall screen impression is better than Apple Smart Island.
Meizu 20 Series supports UWB Ultra Wideband Technology through Radio approval
Huawei P60 series will debut in March: Snapdragon 8+ has a larger aperture than the iPhone 14 Pro Max
China suddenly announces new developments in 6G, and there is little hope that the United States will surpass 6G technology.
Dell said it was laying off 5 percent of its workforce, affecting about 6,650 jobs