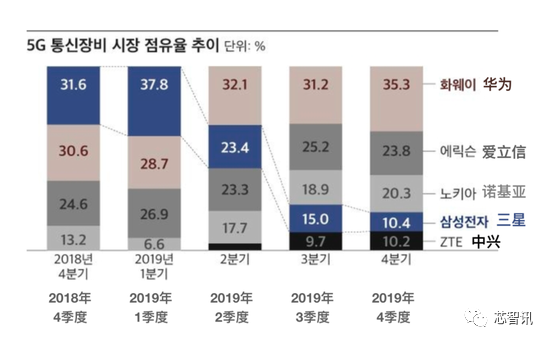 According to the data disclosed by Ding Yun, Huawei's managing director and President of BG, an operator, in February this year, Huawei has won 91 5g commercial contracts and delivered more than 600000 5g massive MIMO AAU (active antenna unit) modules worldwide.

In July last year, Xu Ziyang, executive director and President of ZTE, said in an interview with the media that in terms of 5g base station chips, ZTE's 7Nm Technology (base station) chips have been designed and mass produced, and are developing 5g chips with 5nm technology.

The latest information also shows that ZTE's 5nm base station chip is also in the stage of technology introduction, and is expected to be mass produced and commercially available next year. This is also expected to further promote ZTE's continued growth in 5g telecom equipment market share.

In addition, Huawei and ZTE 5g telecom market share continued to grow, also benefited from the acceleration of China's 5g investment and construction.

On June 6, this year, at the online summit of the first anniversary of 5g licensing, the Ministry of industry and information technology released data that at the first anniversary of 5g business, domestic basic telecom enterprises have built more than 250000 5g base stations. It is estimated that by the end of this year, more than 600000 5g base stations will be built in China, covering cities above prefecture level.

For Samsung, thanks to its first launch of 5g baseband chip in the third quarter of 2018, and its successful mass production in the fourth quarter, this also makes it obtain a certain first mover advantage in the 5g telecom equipment market. In addition, South Korea's 5g telecom network construction is slightly ahead of China and the United States, so Samsung, as a local 5g telecom equipment supplier in South Korea, will also benefit directly.

For example, in September 2018, the second largest U.S. operator AT

As a result, Samsung won the fifth G of telecom equipment in the fourth quarter of 2018, and won 37.8% of the market in the first quarter of last year. It's a newborn calf, not afraid of tigers.

However, ginger is still old and hot! With the large-scale shipment of 5g base stations of Huawei and ZTE, as well as the growth of 5g equipment shipment of Nokia, Samsung's market share has been declining rapidly since then. In the first quarter of this year, its share has dropped to 9.3%, and within a year, it has changed from the number one market share to the fifth.

Although in December 2019, Samsung Vid with Canadian operators

According to data released by Nokia, as of April 30 this year, Nokia has obtained 70 5g business agreements and 21 real-time networks.

In April this year, China Telecom and China Unicom announced the bidding results for 250000 5g SA base stations in 2020. Huawei, ZTE, Ericsson and Datang Mobile won the bid, while Nokia failed. In March this year, the total demand for 232143 stations and the purchase amount of more than 37.1 billion for China Mobile's 5g phase II wireless network main equipment procurement bidding in 2020, Huawei, ZTE, Ericsson and China information technology were shortlisted. Nokia also got nothing.

This may also be the main reason why Nokia's 5g telecom equipment market share declined in the first quarter of this year. On April 30 this year, Nokia's first quarter 2020 financial report also showed that the first quarter revenue of Nokia Greater China dropped 29% year on year. Obviously, this is related to the loss of 5g base station centralized purchase orders of China's three major operators in 2020.

From the above introduction, it is not difficult to see that in the 5g telecom equipment market, Chinese manufacturers do have a greater market advantage.

Even under the background of being continuously suppressed by the United States, Huawei is still the No.1 in the market, and its market share continues to grow. In addition, since the second quarter of last year, ZTE's market share is also rising. ZTE and Huawei will win half of the global market in the next quarter.

In addition, even from the perspective of the entire telecom equipment market (including broadband access, microwave and optical transmission, mobile core network and radio access network, SP router and CE switch), Huawei still ranks first in the market (calculated by sales revenue). At the same time, thanks to the promotion of 5g market, ZTE's share in the entire telecom equipment market has continued to rise since last year. 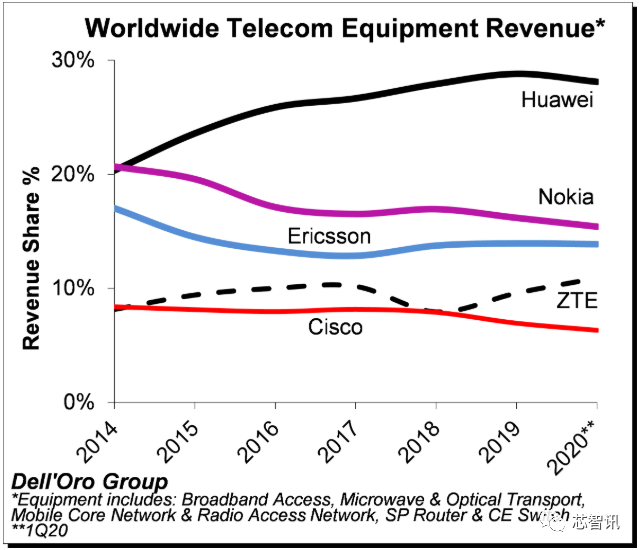 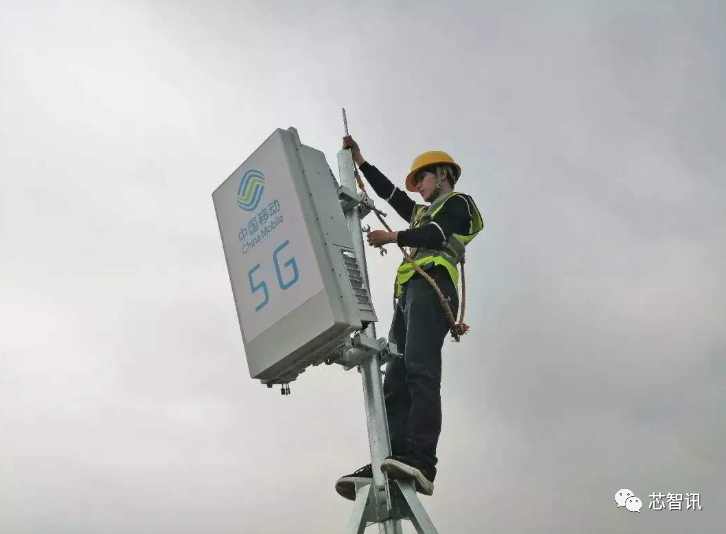