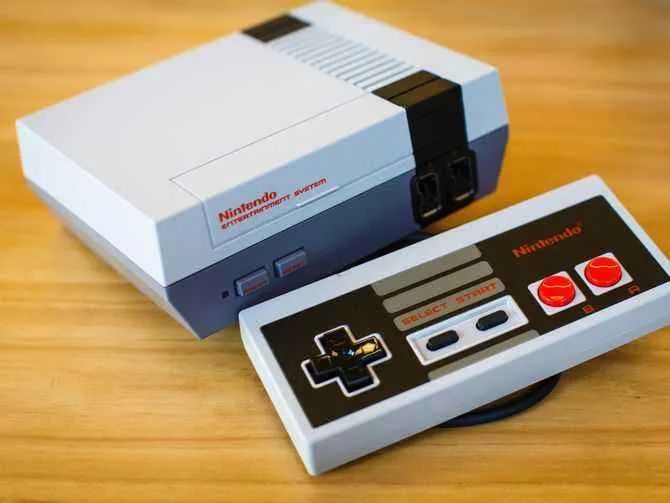 Some time ago, I was surfing the Internet as usual. I often went to foreign websites to find some interesting anecdotes. As a result, I saw such an interesting report

In short, there is a website abroad called the video game history foundation, or vghf for short.

This website has its own team. They want to restore an old game 30 years ago, but the developer of this game has passed away. They can only find 21 floppy disks from the relics, and then piece together the code inside to make a complete game.

I was shocked when I beginning, I was shocked. There was only one question in my mind: How did this recover?

Let me give you a good look. First of all, you should know that the running platform of the game is nes, which is a console that Nintendo sold in the 1980s.

It doesn't matter if you don't understand it. We all know the little overlord game machine in China. It was the Nintendo NES plagiarized at the beginning~

There is a game engineer named Obert who has developed games for NES, and he is the dead developer mentioned at the beginning of the article.

Friends of the Obert family contacted the team and hoped that they could sort out his relics. After all, not everyone knows how to develop games, so we have to ask a professional team to have a look.

There are a lot of game related information left by Obert in his basement, including a large number of floppy disks. At this time, the team found that one of the floppy disks was quite special. It said "Nintendo hot rod taxi final", which probably means "Nintendo crazy taxi final". 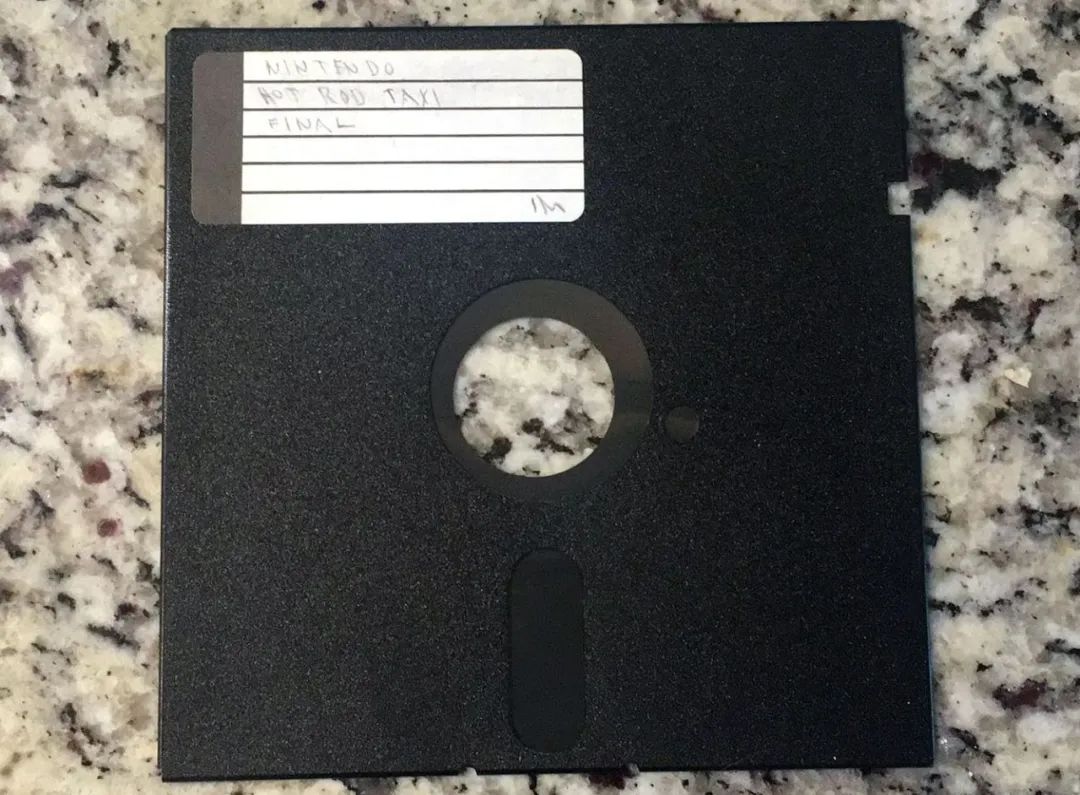 At this time, someone in the team remembered that Obert appeared in the interview program he had seen before. In the interview, a game called "days of thunder" was briefly mentioned. It and "hot rod taxi" were both racing games, right?

So these people did not do two endlessly, and all the floppy disks related to the game were found out, even found dozens of them. 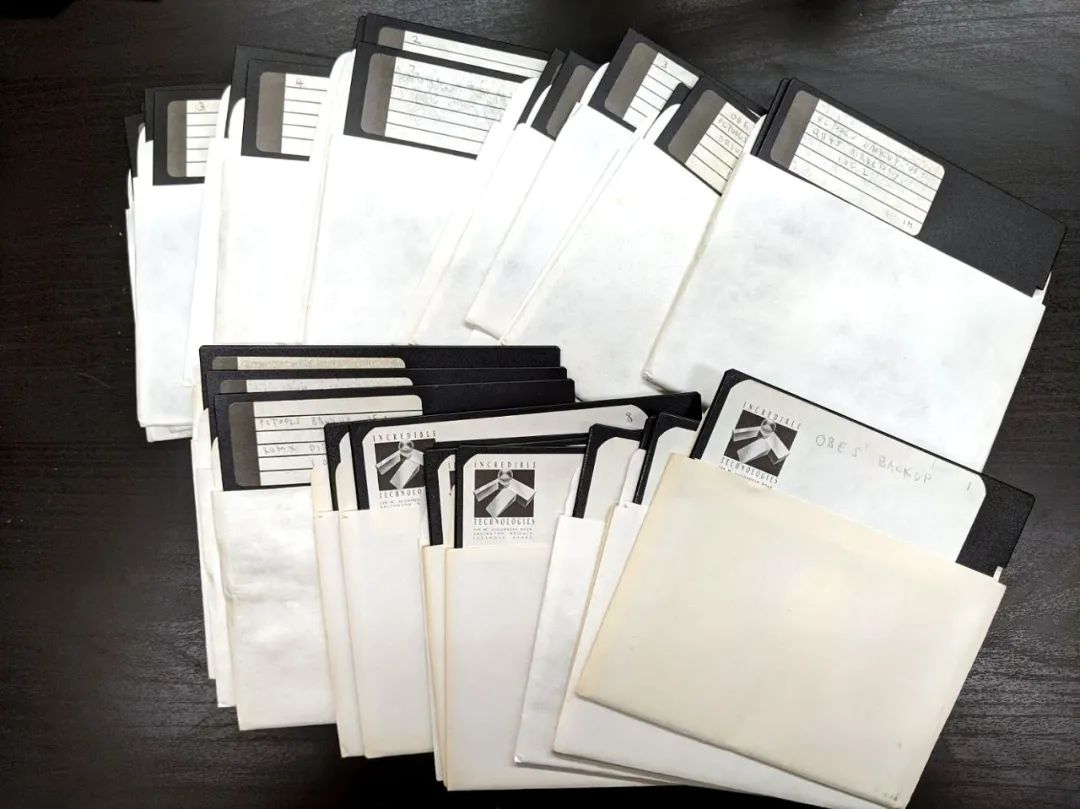 Next, the vghf team really began to figure out how to make the game 30 years ago a reality.

The first step is data recovery. They use PC Tools and dosbox to read and backup the data from the floppy disk to the computer. Some floppy disks have damaged sectors, but most of the data can still be read. 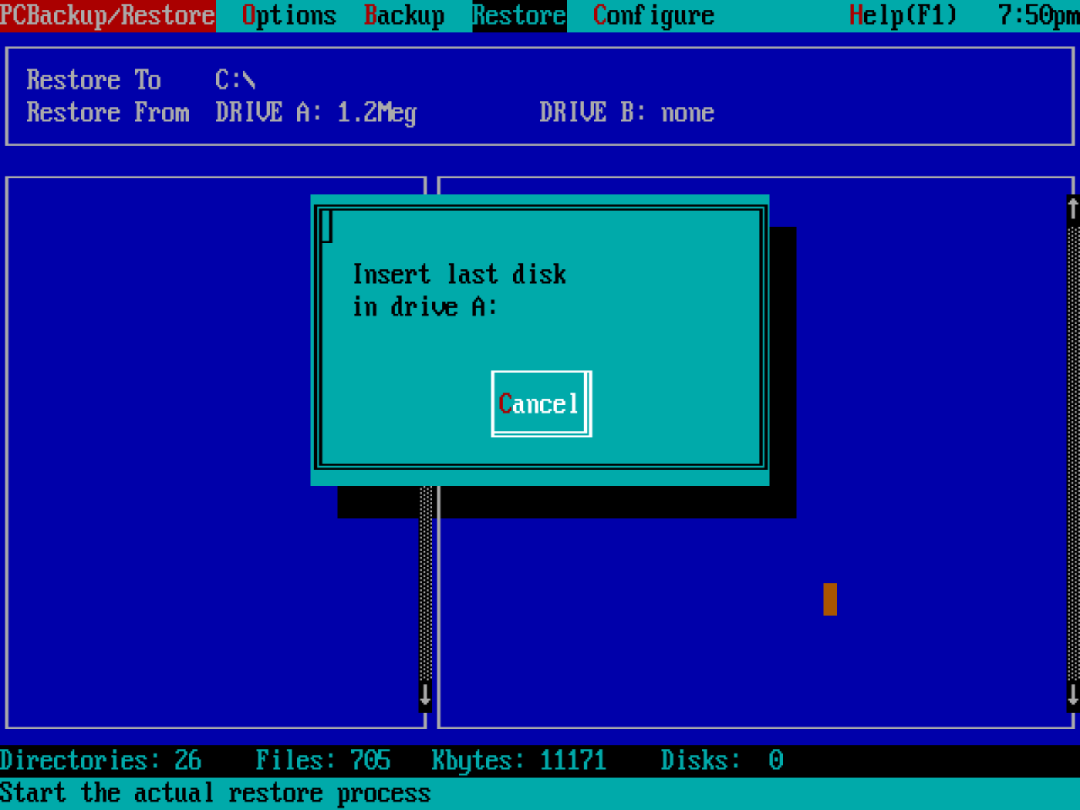 With the data, the next step is to restore the data, which the team found to be encrypted.

We quickly came up with three methods. One is to make an image through the above-mentioned software to let the data run on it; the other is to decrypt the data in reverse, but it will take a lot of time to parse the data.

But the team came up with a more simple and crude third way, which is to restore the hardware environment at that time, that is, physical restoration.

So an old brother named foone in the team rebuilt a hardware environment similar to that of that time. In other words, it was to rebuild a machine. 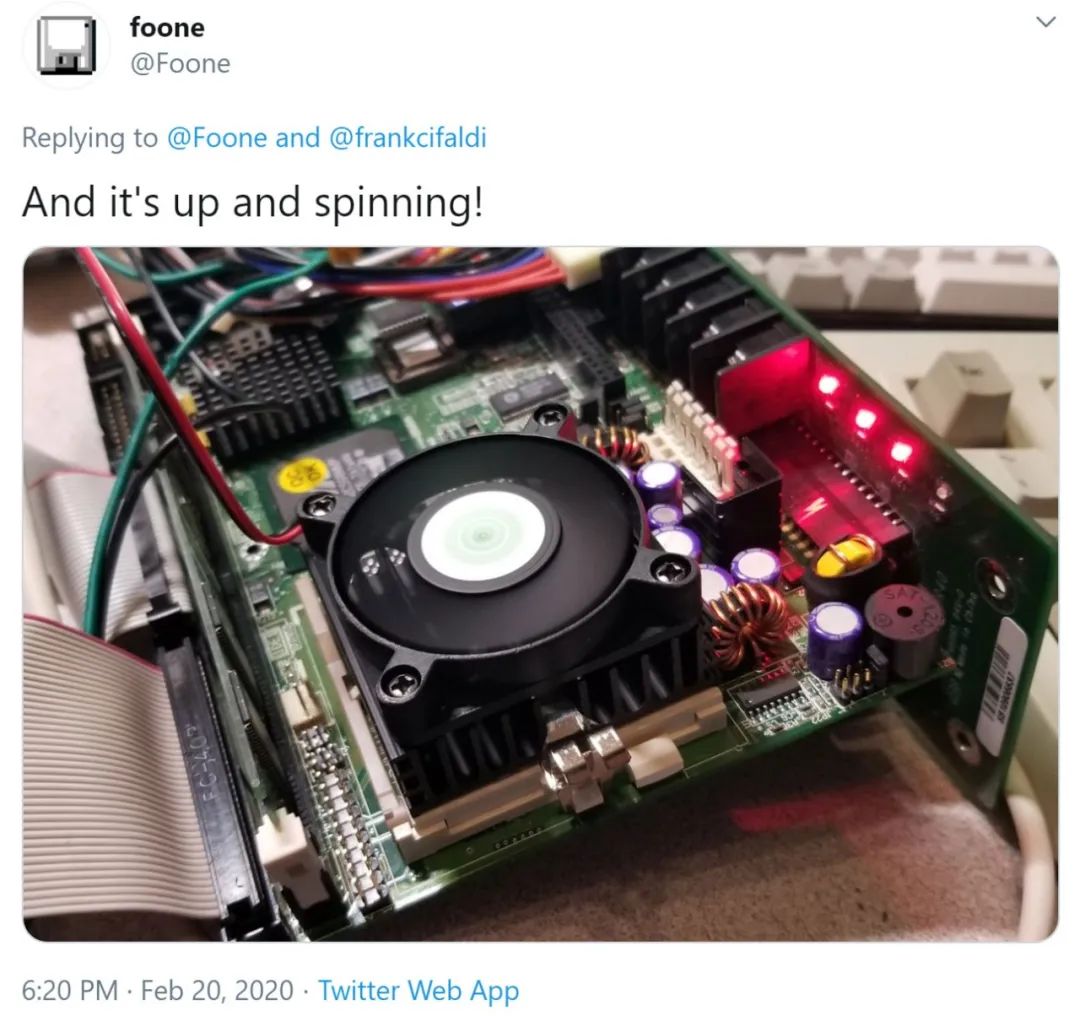 The data is successfully recovered in the new hardware environment. The next step is to rebuild the source, which can also be understood as repackaging and classifying the restored data.

The person in charge of sorting out the data has set up six separate binary folders, which can be used to separate different codes. In addition, two voice binary folders have been separated in advance. All the data that can be sorted out is here.

The romx command in the source code

But after the code is sorted out, how do you test it?

This group of people did not know where to find a 1987 Nintendo mmc1 mapper, where they got it all. 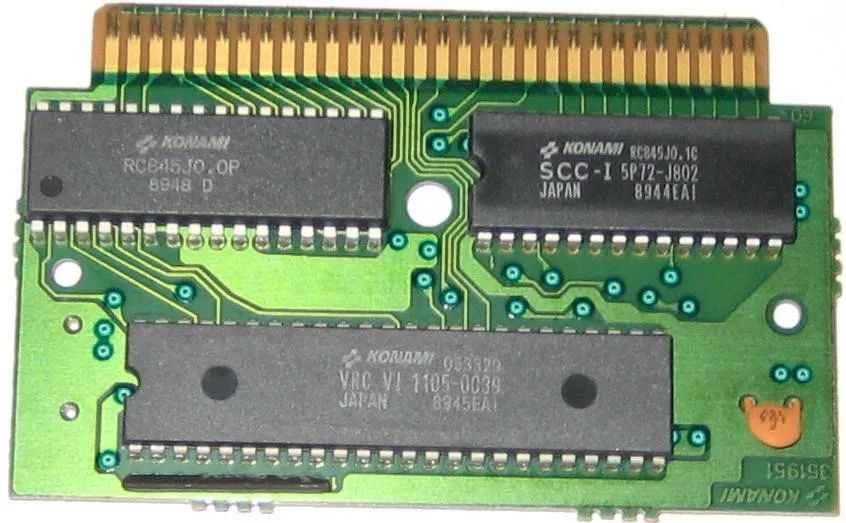 Then set the sorted code to the corresponding mapper location, match them one by one, and finally you can start the game with the simulator!

After the game started, some voices came out, and the screen also appeared, but it was not complete. There was nothing except a car. 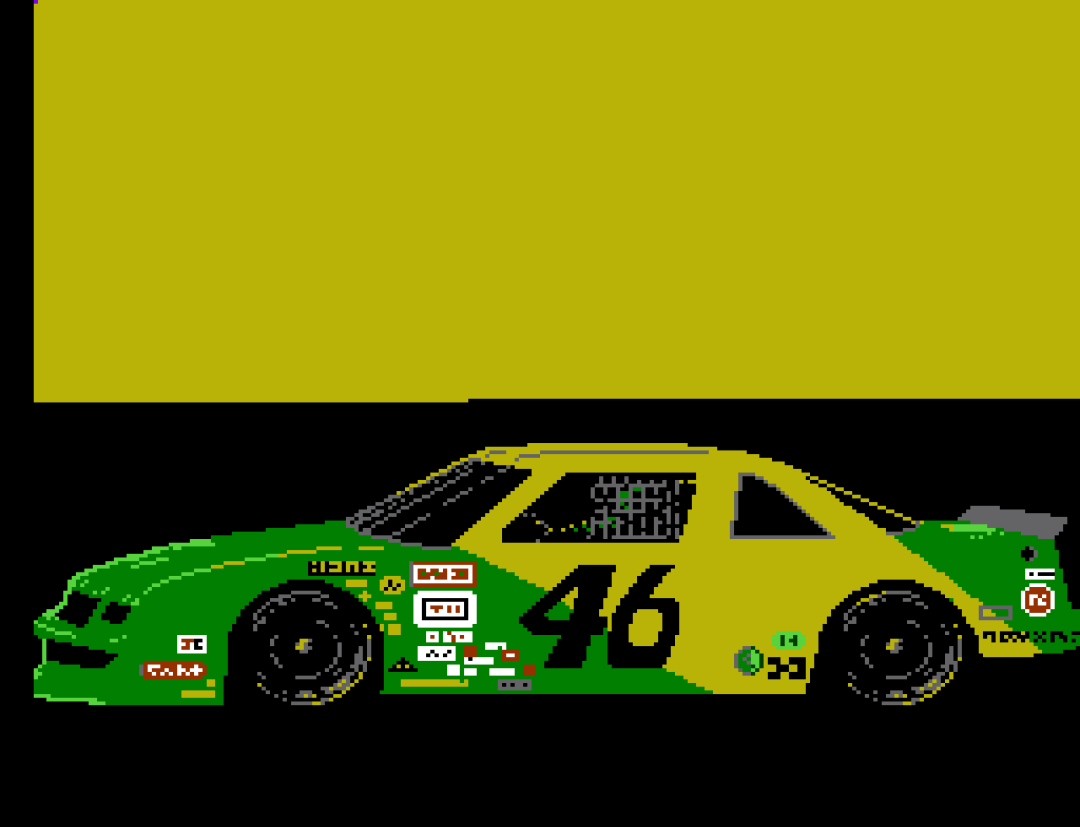 However, this has been very successful. What remains to be done is to find and complete the missing characters, and finally restore the true face of the game 30 years ago.

Finally, with the efforts of the entire vghf team, all the content was integrated into a 128KB file.

They carefully opened the file, and the days of thunder, a 30-year-old racing game, was finally unveiled!

This game not only has a top-down view, but also displays rich contents, including speed, fuel and temperature, as well as tire wear and vehicle damage.

What about tire wear? It's just for maintenance~

The game even provides a first person perspective, which is a game from 30 years ago.

Days of thunder is so rich in details that it should have been a good game 30 years ago, but somehow it disappeared into history and almost forever lay in the basement of the game engineer's home.

But after 30 years, who would have thought that it was such a team that rescued the game from the storage carrier that had not kept up with the times, and after careful treatment, the game could be seen again.

And it's not just about that. Although I'm impressed by just fixing this game, don't forget that they have their own website.

When I click on the home page of their website, I was immediately shocked by their contribution to the old game. 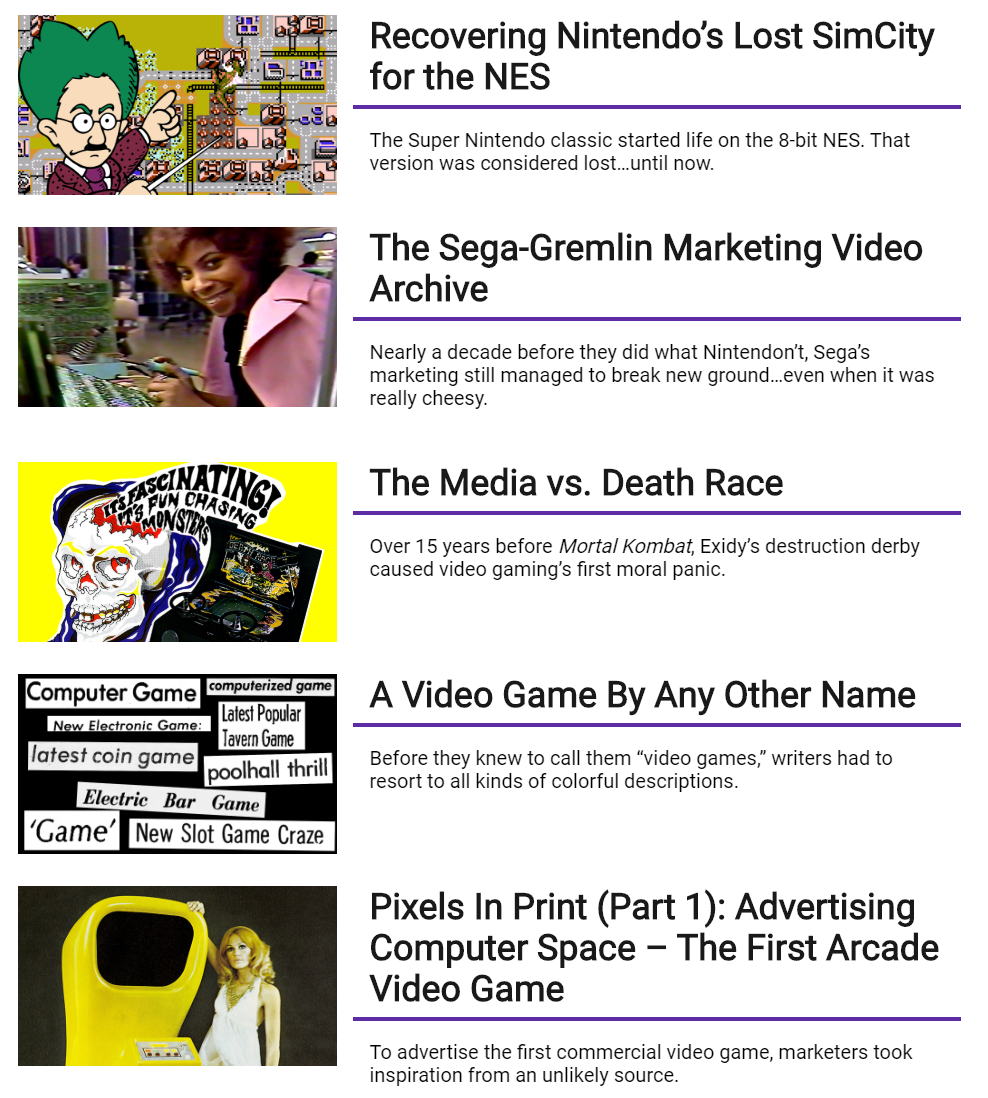 For example, there is an article to repair the Nintendo NES version of "simulated city". In fact, Nintendo's "simulated city" appeared in the 8-bit era, but it was canceled and never appeared again. 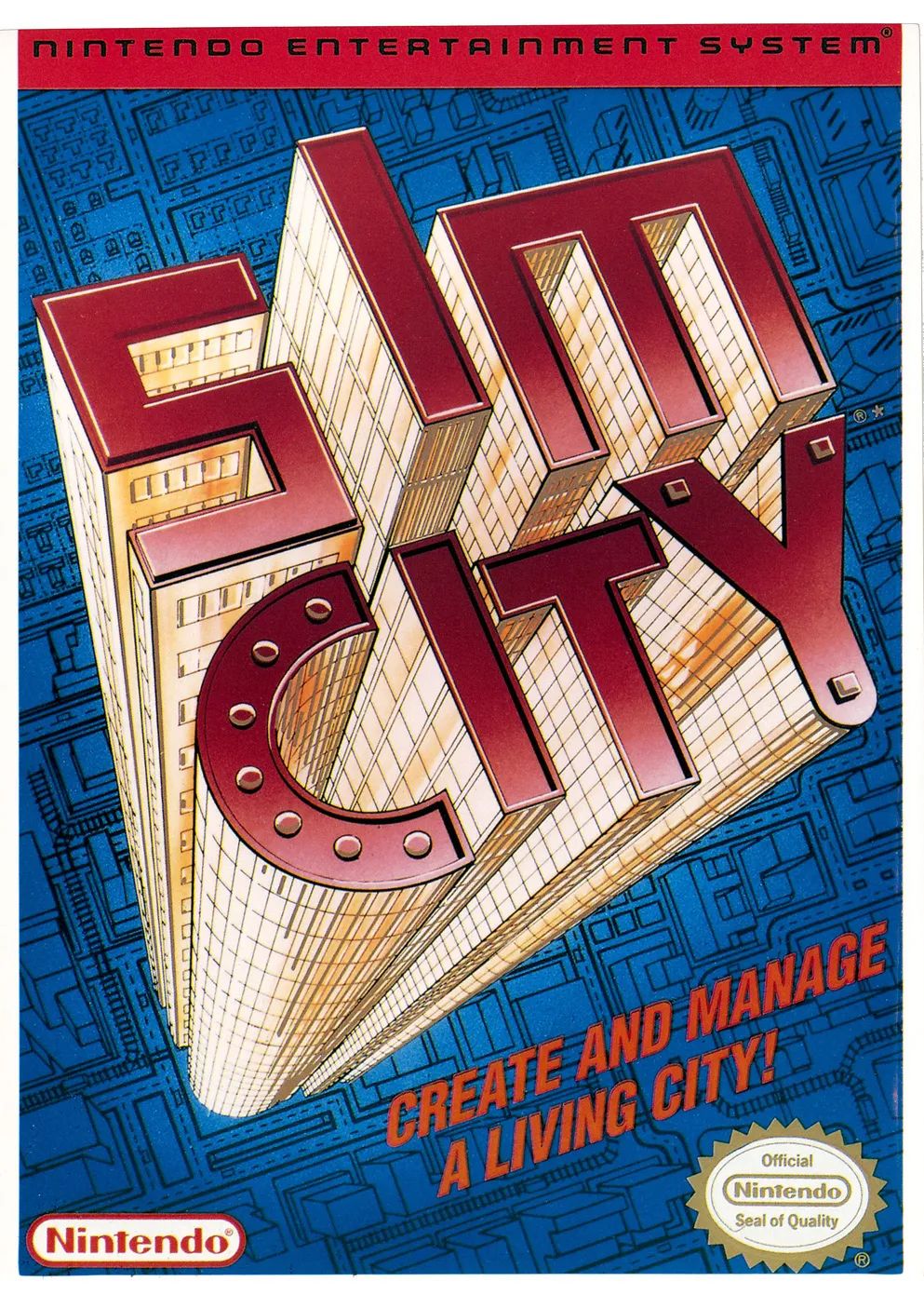 However, vghf team still restored the game from the extremely rare game prototype, and made a great contribution to the game recovery and research work.

In addition, the vghf team has made a lot of contributions to all aspects of the game. They will even repackage the game that has been restored to its original form, and package it in a physical sense, so that the old game can be placed on the data cabinet in a physical way. 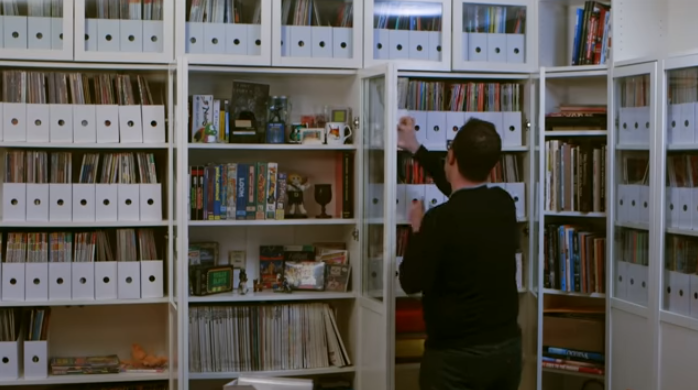 However, teams or individuals like vghf can make these content come back to light, make history known to people, and even turn them into physical content, so that people can see and touch them.

However, some people will ask, but few people know about these old games?

It's true, but it's a huge step forward for them to be able to see the light again, as opposed to being piled up in the corner of the basement, not even a part of the game history?

There are still many people in the world who are engaged in the work that we have never understood, but they are still willing to spend a lot of time and experience to do these things.

These people also want to make more people realize what they don't know, and the world really needs them.

The vghf team uploaded the relevant files to GitHub. If you are interested, you can copy the link at the end of the article to download.

Related news
How to play games at work? Try this Nintendo like mouse
Tencent introduces Nintendo switch for 2099 yuan
Players transform NES into game PC: Ancient shape, capable of running 3A
Someone discovered the unpublished game of Nintendo NES 30 years ago and restored it from 21 floppy disks
Nintendo launched a Lego version of NES on the 37th anniversary of the red and white machine
Hot news this week
Qualcomm lobbied the US government to lift the ban on the sale of components to China
Tencent re racing e-commerce, but does not want to make the next pinduoduo
Wechat in Apple's Google App store may be banned. What if wechat can't be used on iPhone
Tencent's response to wechat ban issued by the United States: under evaluation
Xiaomi 10 supreme commemorative edition press conference Lei Jun's live rehearsal
Tencent launched the largest school recruitment in history, and these positions are most popular
After the sesame seed, Alipay's "financial points" is officially launched: let's see how much you have.
The United States blocked tiktok and wechat one after another: This is the real purpose!
Votebymail is dedicated to helping American voters easily apply for postal ballots
The White House plans to require U.S.-listed Chinese companies to comply with U.S. audit requirements or be delisted
The most popular news this week
Tencent's performance exceeded expectations, and the average monthly salary reduction was 75000
Why are analysts optimistic about Google Amazon?
How much influence does the United States have on wechat? Tencent: US market accounts for less than 1% of advertising revenue
Rise of domestic supply chain huiding and Huaxing confirm that Xiaomi 10 super large cup uses domestic parts
Bring your own screen to show "tactical assistance "! TIGA G27Q Game Display Evaluation :2 K 144Hz Small King Kong Cost-effective Rookie
IFLYTEK's response was included in the list of entities in the United States: voice assistant for Huawei's mobile phones has surpassed Google in all respects
Huawei's "Tashan" semiconductor plans not to use American technology at all? Hisilicon staff response: never heard of it
Invitation letter for Huawei matebook x new product launch: smaller than A4 paper, put mobile phone into computer
Us smartphone Q2 shipment increased by 11% month on month, 70% produced by Chinese manufacturers
The hidden trouble of "advertising platform" Facebook