Just two years after the cell phone was used, it crashed? Is there anything fishy behind this

As if it had been designed, the phone had suddenly become greasy in two years, easily contaminated with oil is repugnant; once the silk smooth also gradually away, frequent Catton makes you quite annoyed. Even less memory has been mass photo video burst, plus 5 G mobile phone prices are constantly low innovation. So the heart is ready to move: is it to change the phone again?

Now the phone is changing more and more frequently, pulling open drawers and several old phones can not be sent out. I believe that not only me, IDC do data research on this trend, the average Chinese mobile phone replacement cycle has been shortened to two years. Why to two years as the boundary, the mobile phone running state will turn sharply down, behind which there is no phone manufacturer's cat?

Use of high frequency wear-prone

Looking at the development of mobile phones in the past 20 years, it can be said that today's mobile phones have undergone tremendous changes in both material and technology. But ironically, 20 years ago, you could use that loose plastic case phone for 10 years, but now you're going to replace a perfectly fitted, waterproof, dustproof, and even extremely hard to maintain glass case phone in two years.

That's the glass, the manufacturer says it's rock solid, but don't forget the old saying

High-frequency use and accelerated wear is not the shell, the phone's internal flash memory due to the number of write-ups due to a significant decline in performance. Although people used to talk on the phone, they hurt some batteries at most. Now mobile phone data throughput is so huge, so there is performance

Of course, it's not that there is no stronger material and longer-lived chips. We really can't afford to use them. For two years, it's not greasy, it's just a compromise between cost and time.

In the matter of mobile phones becoming more and more short-lived, the increasingly bloated app has become the object of criticism. This logic is not hard to understand. The more bloated the app, the more CPU computing and memory resources will be consumed. At the same time, more data interaction and more junk files will be generated, which will slow down the performance of your mobile phone.

But bloated is only an objective phenomenon, we can not judge the pros and cons. Just as the "greedy snake ", which became popular around the world 20 years ago, is only a few KB, now the size of the popular mobile game" Honor of Kings "is nearly two GB, their differences in their differences in the level of experience are naturally not comparable, so the so-called bloated is only a small price for technological progress.

It's not that I don't understand, but the world is changing fast! Nearly two years is enough to complete the technology upgrading of the past 20 years, so that we haven't adapted to such a speed, we have the illusion of short-lived mobile phones.

To enhance the experience as the starting point of the bloated can be said to be benign, I believe the majority of users are willing to accept. But if it's bloated out of some kind of selfishness, that's what we should spit on. Malicious APP such as advertising junk and backdoor systems can seriously slow us down, and in recent years a variety of small programs have shown a big appetite.

How to understand Mini Programs? In my opinion, this is the product of the Internet oligarchs, used to harvest the last's last little time in the net. Well, this pattern has a foreign name called

And when I shut down some APP Mini Programs, I saw the system

It's an indisputable fact that we' ve been changing mobile phones more and more frequently over the years, but I can only say that you think a little bit more. The so-called split money, in fact, is nothing more than cost and life game. Even if you sell a four-year-old mobile phone, but the price is twice as expensive, in fact, it is all right

The high frequency of mobile phone replacement is not all the drawbacks, after all, after two years we can use the same price to buy performance and experience greatly improved products, the money for users is not wasted. Mobile phone industry chain mature and fierce competition, in addition to individual IQ tax products, the vast majority of the actual fight technology quality products, where there are so many greasy to speak of. 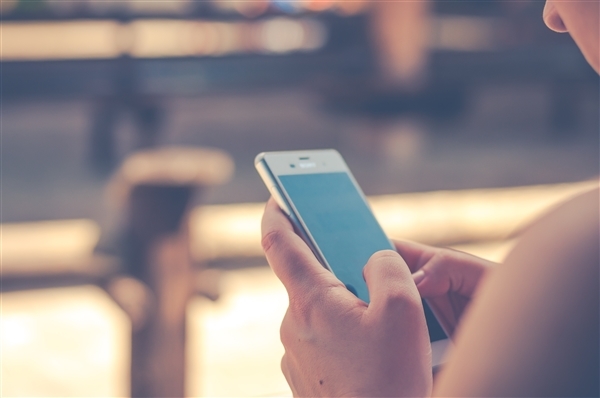