Following india's ban on 59 chinese apps, the indian military has expanded its internal ban on apps, which has not been spared by popular us apps such as facebook and Instagram.According to India today, on July 8, to prevent the leakage of sensitive national security information, the Indian military asked its personnel to uninstall 89 apps by July 15.

There are 18 categories of these applications, including social networking, short video, dating, news, games, online shopping, etc. This includes many Chinese enterprises developing mobile phone applications, such as wechat, QQ, tiktok, ShareIt, Baidu, etc. At the same time, Facebook, line, snapchat, instagram, Tumblr and other applications are also on the uninstall list. 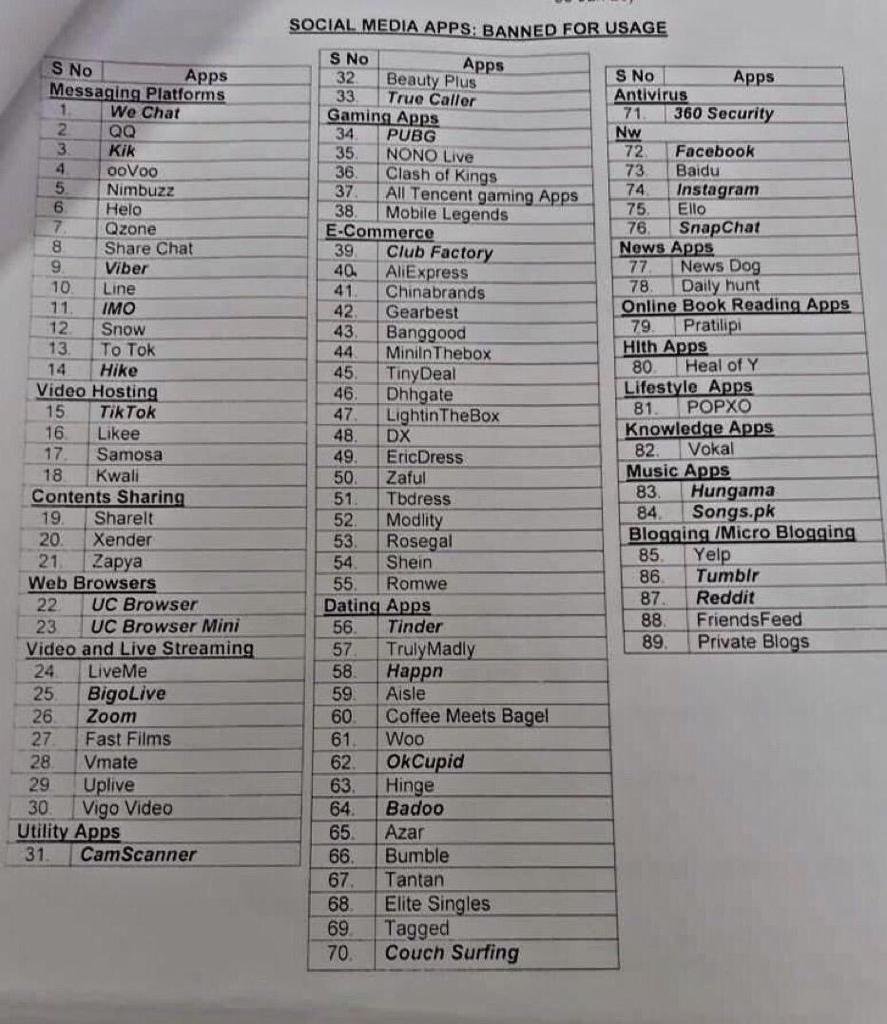 On june 29th the indian government banned 59 chinese applications on grounds of national security. India's prime minister, Modi, then withdrew from the microblogging service and deleted hundreds of microblogs.