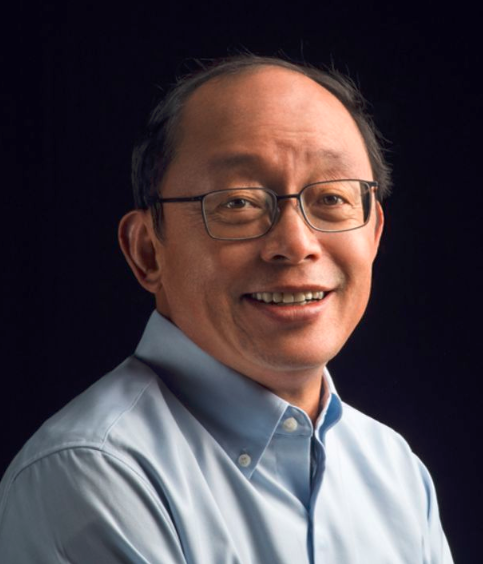 During the dialogue, they frequently talked about 5g, connectivity, technology and openness, how decades of progress and accumulation in science and technology and communication can make people all over the world connect with each other today, and how 5g private network will enable thousands of industries and create a new world of interconnected things.

The following is the transcript of this cloud based dialogue, to share with you.

From TCP / IP to 5g, from connector to connector

Tian Suning: Hi, pat, my friend. Nice to see you in this video conference. I remember last Christmas, when we had lunch together, we were still talking about meeting in Barcelona this year. Although it is said that we can't make the trip this time, we should continue to discuss the topic.

Both you and I are beneficiaries of the TCP/IP Internet revolution. TCP/IP standard agreements created a huge technological revolution more than 30 years ago. We all benefit, and the world benefits. Today ,30 years later, I was thinking maybe we could make some interesting comparisons. There's an old saying in China

Patrick：Edward,'m glad to meet you online. We've known each other for so many years

Just last week, I just called Vincent Cerf, the inventor of the TCP / IP protocol. We recall some of the early days of the Internet, and the idea of connecting the world at that time, and I think that this idea was at the heart of what drove everything to talk to each other. You would no longer be limited by point-to-point connectivity, and the world had changed dramatically. I still remember the first time I used Netscape browser. Wow, it felt great. It was more than 30 years ago.

Tian Suning: more than 30 years ago, asiaine was just starting. At that time, I saw Chinese characters displayed on UNIX system for the first time. It was really an exciting moment. Ding Jian, my co-founder and I have decided to take the Internet home and connect one billion Chinese people to this huge network.

Now we have another task, from connecting people to connecters, which is also the ideal place for 5g interconnection. This business has already started and there is a lot to be done, so I think the next 10 or 15 years will be more exciting.

Patrick: Yes, it is. With 4G, LTE and other networks, 60% of the world has been connected. It is estimated that 90% of the world will be connected by 2030. But as you said, what's after the connection? Unlike 4G and LTE, 5g is not driven by consumption, but more driven by industry. The concept of connecting everything is also the driving force for the landing of scenes such as automatic driving, intelligent streets and buildings, and intelligent manufacturing.

I have discussed the topic of self-driving cars at Davos, and I think the self-driving technology is not mature, and it is difficult to make progress unless it is supported by five G of low time delay and large bandwidth. Driving on sunny, empty roads is often not a problem, rainy days, foggy, bad conditions of the road is the most need to connect the scene, you need high bandwidth, you need low delay. I believe this is one of the cases where five G really enable scenarios, but that's practical when the network is widely deployed.

I remember when I first met you, you were also CTO of Intel. You built the basic technology platform for the company, and you created a horizontal model, which promoted the opening of computing power and PC, and further laid the foundation for the development of the Internet. In view of this history, do you think that some communication technologies combined with vertical industries will become more and more open?

Patrick: Yes, I think it's a very critical aspect, because it's not only about what 5g can bring, but also about how we build 5g. Back 20 years ago, before the advent of cloud computing, all computing systems were vertically integrated, with dedicated hardware combined with dedicated operating systems and application software, and everyone was working on vertical solutions. But Intel does horizontal platforms, which means hardware is independent of infrastructure and application environment. Fundamentally, it also contributed to the birth of the cloud. If we don't have the platform capability of scale out, there will be no cloud today. We may still be trying to do vertical expansion (vertical expansion refers to improving the performance of single machine, and horizontal refers to increasing the number of nodes). 3G, 4G and LTE are also established in the form of vertical coupling. The high coupling of hardware and technical facilities, software and application scenarios seriously limits the innovation and scalability of this vertical architecture.

This is why we say that we must create an open and software driven ecosystem from vertical to horizontal, from hardware definition to software definition, from vertical system to distributed system. This is our route to work with global suppliers to achieve nfv, virtual core network, o-ran open network architecture, and provide end-to-end software solutions. We can not only make the network better, but also have edge cloud, telecom cloud, private cloud and public cloud, all of which can be interconnected. Only in this way can the vision you just described be realized. As we said, the Internet of things, not just the Internet of people.

Where is 5g's killer app?

Tian Xunning: I talked to a lot of operator executives about one thing, that is, we invested a lot of money in 5 G, but what is the application? PC the development of the industry, I remember there are similar disputes, people will ask you to invent PC, but what can be done with PC? The emergence of the first set of spreadsheets has become a catalyst for PC rapid change, moving PC from personal to more workplace, and I often wonder, G 5

In the past few months, the new crown epidemic has brought a great impact, China's economic situation has also undergone a certain change, the new infrastructure policy emerged. I visited several mayors and relevant government officials, and I was excited that opening 5 G would bring a lot of applications. For example, some new hospitals in guangzhou are building five G private networks, and cameras will be part of many medical devices, so you can get a lot of information, but this requires huge data storage space and a very flexible software-defined network. These vertically connected industries are like this era

On top of the four clouds you mentioned, I want to add another cloud

Patrick: I'd like to add a few points. In our opinion, 5g private network is a very meaningful concept. We can provide customized services for enterprise it based on the same 5g environment provided by operators, no matter in factory, municipal, school and other scenarios.

In addition, I would like to talk about WiFi. WiFi is a technology I participated in the development. We have done some WiFi standardization work, which is very important for the realization of connection. But in many ways, I believe 5g private networks will actually end WiFi's dominance over local connectivity. Because 5g has better network, better security, better scalability, and better connectivity. Public plus private 5g networks will make connectivity more powerful than ever before, enabling access to factories, cities and the world. At the same time, I also believe that this is the key factor to promote the birth of some vertical clouds, whether it is the hospital cloud, the education cloud, the smart city cloud, all of which will be examples of the infrastructure we are building.

Tian Xunning: I quite agree with you that China is very suitable for these pilot projects

Patrick: I'm also excited about this. VMware is a global company. We have branches in Europe, the United States and other Asian countries. However, various estimates show that the scale of 5g infrastructure construction in China may be an order of magnitude larger than that in other places. China is also far ahead in terms of 5g ran and base station deployment. We also hope to cooperate with you and become a part of 5g infrastructure construction. As you said, mayors have such a vision, and it is also very important to know how to better develop the city and how to better use 5g private network. In the process of large-scale construction of these projects by Chinese telecom operators, we can help them solve new technical problems and create advanced technologies that can truly connect everyone and everything on earth.

Technology is an important force to promote global integration

Tian Suning: now many people are worried about Sino US relations, but looking back 30 years ago, the situation at that time was actually worse. We are entrepreneurs. As long as the market needs, we will create the corresponding technology platform. I believe that technology and good products can win in the end. As a result of the epidemic, many offline meetings have been transferred to online, becoming a new way to conduct meetings. I think it's a very interesting experience to share knowledge with you like this.

Patrick: Although we all want to have face-to-face communication, shake hands or have a Chinese meal, I can actually go to more places online. For example, when I was on the east coast this morning, I could go to Germany, to Britain, and tonight to China. The fact that we can switch between jobs in different locations so efficiently today is the result of our investment in IT industry for the past 30 years, and now it seems that the results are amazing.

As a global company, we have sales and R & D branches in Shanghai and Beijing, China. We have established very important and long-term relationships with Chinese companies. It is a pleasure to say that, over time, despite geopolitical variability, technology is an important force for global integration. Like Thomas

In the world of the Internet, the distance between us can be very short. Now, we can also benefit from the power of open communication. It's also our commitment to remain independent in a volatile political environment. A few years ago, VMware organized a charity campaign to help repair a section of the Great Wall. My commitment to China is like the Great Wall. We will be here for decades or even centuries to build a technology sharing future.

Tian Suning: great. We are a good partner and we will have a long journey together in the future. There are large-scale o-ran 5g projects under way, and I need a good partner to develop application software and computer infrastructure software. A new partnership, together with our friendship, is sure to start opening up a new world. As you said, new patterns have emerged, a lot of applications will be developed, and the vertical cloud will change every vertical industry. Hope to meet as soon as possible in the future, thank you!

Patrick: I'm looking forward to it. Thank you!