Nearly half of U.S. households reported a decline in income

The Bankrate and YouGov survey showed that nearly half of U.S. households reported a decline in income ,49 percent said household income was not negatively affected, and 6 percent declined to answer. The most common forms of decline in household income are layoffs and vacations, which account for 20% of all households surveyed. 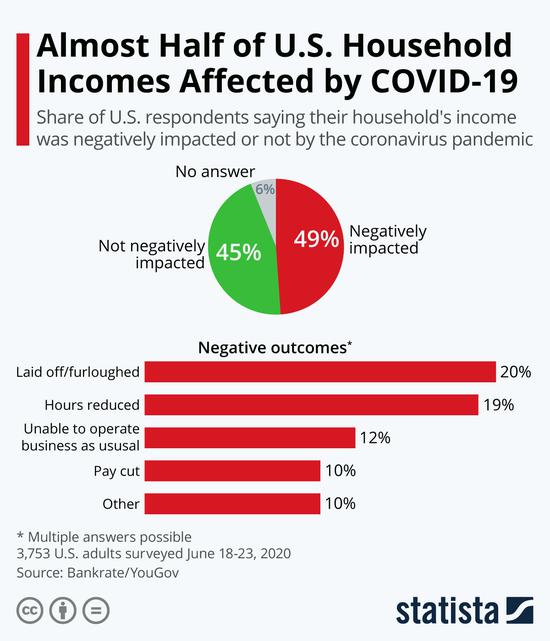 According to the respondents, it seems that there is still a long way to go to recover from this loss of income. Among those negatively affected by the epidemic, 19% of respondents said it would take them a year or more to return to their previous level, while another 18% thought it would take six months to a year. Another 4% said their wealth levels would never return to pre epidemic levels.