Last night, Huawei nova7 x tmall. You were focusing on the cloud graduation song. I believe many of my friends still have much to do with this cloud graduation song. In this unique graduation season, there is no hugging and farewell with friends, no gathering with teachers and graduates of the same year. However, the graduation season is more memorable because Huawei nova7 series, together with tmall, joined hands with student orchestras from six universities across the country and Luo Tianyi, a popular secondary idol. 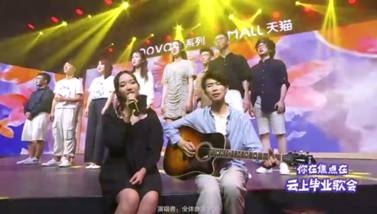 The chorus screenshot of those flowers

And today ,Huawei official Weibo released a video clip of the event, which instantly brings back memories of the special graduation season

How important is the sense of ceremony for graduates? In order to let this year's graduates leave no regrets, Huawei nova7 series has built a special bridge between technology and feelings, and has given full humanistic care to this class of graduates. Specifically, how does Huawei nova7 series use technology to create exclusive graduation ceremony for graduates? Let's review this different graduation season.

There are many graduates and anime characters in the video 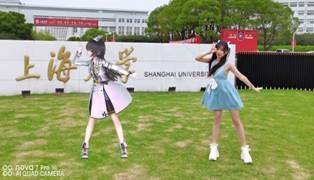 This is due to Huawei nova7 series of AR fun play. In AR fun play, users can choose various 3D virtual accessories to shoot ar effect video. Different from ordinary stickers, AR can fit the facial expression of the characters, and the animation effect is more realistic, but this requires more mobile phone image processing ability.

Generally speaking, some of the more complex AR special effects in shaking sound will limit the mobile phone model, which is because the image processing of the mobile phone can not meet the later operational requirements of the AR. Huaweinova7 series carries Kirin 985 5G SoC, have strong image performance, easy to let graduates and animation idol

Graduation songs on cloud will make this graduation season no regret

This graduation season is equally impressive, except for AR co-production with Luo Tianyi, the Huaweinova7x Tmall you held last night in the focus of the cloud graduation song, this event not only invited six college student orchestras to sing original campus songs, but also interspersed with Luo Tianyi "Dear" flash video to help the graduation season, finally, when the online and offline collective chorus "Those Flowers" songs, the cloud graduation song will bring the atmosphere to the climax, bring different students

Huawei nova7 series of front and back dual scene video function provides more creative space for young people who love recording and expressing. In the tearful graduation video of "those flowers", the front and back dual scene video function records their reluctance to graduate and their vision for the future, as well as their transformation from campus to workplace, which makes the memories more memorable.

Of course, with Huawei nova7 series of front and rear dual scene video function, you can record double memories and leave double happiness. For example, playing time with friends, sweet interaction between lovers, sweet moments of teasing pets, beautiful records of traveling alone and scenery. When you graduate, don't forget to walk around the campus with Huawei nova7 series, leaving precious image memories with the school and students! 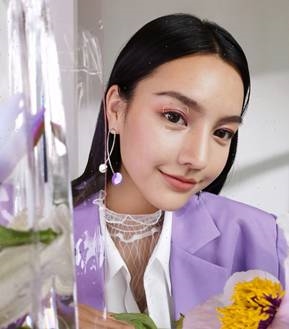 Compared with AR and the front and back dual scene video and other fresh playing methods. Huawei nova7pro's self shooting strength is the key to conquering young people. With 32 million dual focus cameras and eye focusing function, Huawei nova7pro can always focus on both eyes when taking self portraits. No matter how moving or static, far or near, or hand shaking, it can take self photos as clear as posters. 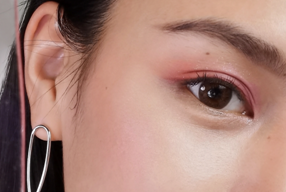 If you look at the picture above, when we zoom in on the picture, you can also see the skin full of texture of the model's little sister, and there is no trace of beauty at all. You will feel that the skin of the little sister is originally delicate and has no defects and pores.

Huawei nova7 series, together with tmall, together with six college student orchestras across the country, have brought unique cloud graduation songs to the majority of students. Luo Tianyi, a popular idol of the second dimension, also showed its charm in this concert, leaving precious memories for graduates. It is worth mentioning that the campus vlog competition is not over yet. Students who want to win Huawei nova7 pro, pick up your mobile phones and record the youth campus time with Luo Tianyi.