According to foreign media reports on july 11, tesla has made remarkable achievements in electric vehicles, and their technology is also considered to be the industry's leading, but with the development of the electric vehicle market, there are many competitors, Rivian is one of them, they recently completed a round of financing up to $2.5 billion. 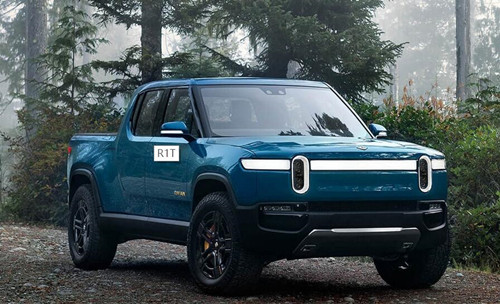 Founded in 2009, later than tesla, Rivian is a u.s. maker of electric vehicles and self-driving technology whose first encounter with tesla will be a segment of, which they plan to take the lead in delivering to consumers. Tesla also launched an electric pickup in november Cybertruck, plans to start mass production by the end of next year.

According to foreign media reports, Rivian latest round of financing has been completed, companies and institutions have invested $2.5 billion in them.

Rivian the $2.5 billion round was led by T.Rowe Price Associates, new investors including amazon and blackstone, which have already invested in the Soros Fund Management LLC、Coatue、Fidelity Management and Research Company、Baron Capital Group,, according to foreign media reports.

Despite Rivian $2.5 billion round of funding and the participation of several new investors, their board seats have not changed.

It is worth noting that rivian's US $2.5 billion round of financing is almost the same as the amount of funds raised by them in last year's multiple rounds of financing.

Rivian raised $2.85 billion in four rounds of financing last year. In February last year, rivian announced the completion of a $700 million round of financing, led by Amazon. Then Ford led investors invested another $500 million in rivian. In September, rivian completed another $350 million round of financing, invested by Cox automotive. At the end of the year, another round of large-scale financing was completed, led by T. Rowe price associates, followed by Amazon, and also invested by Blackstone. They injected $1.3 billion into rivian.

Related news
NVIDIA Tesla v100s low-key release: full speed up to turn into Tu Haojin
Tesla competitor rivian raised $2.5 billion and Amazon continued to follow suit
Hot news this week
Templates for creating new Twitter in the future? Musk's praise of WeChat has triggered a heated discussion on the whole network
Tencent Music's TME live will re-screen Jay Chou's concert on may 20 and 21
Sony's new LinkBuds S headset parameter exposure: only 4.8 grams of comprehensive battery life 20 hours
Weak demand in the mobile market! Domestic shipments of mobile phones fell 40.5% in March to a two-year low
Henan 4 village bank line cannot withdraw cash? CBRC responds! The public security organs have registered an investigation
Baidu: In 2021, an average of 56 billion malicious information of all kinds will be intercepted every year
"Chinese version of LV" is re -executed 680 million! Reporting the property clues of the chairman, up to 8.66 million yuan
Pig companies continue to increase technology, just launched the smart pig farm, another 100 million to set up a technology company
The Jingdong Express bulk order sent to Shanghai across the country is completely static? JD.com: Not true No such information has been published
"Tencent's more than 30-year-old employees account for nearly 60% of them" on the hot search Netizens: Don't mention 35 years old, start to mention 30 years old
The most popular news this week
The domestic screens are rolled to the 2K screen. Why don't Apple follow the roll?
Meizu 19 series coming? Meizu mobile phone appearance patent disclosure: the return of secondary screen
Jingdong crowdfunding 10000mAh mobile power supply: with Apple Lightning and Type-c dual wires
Mobile phone chip CPU energy efficiency ranking: it is comparable to A14
What can we learn about m& # 111nkeypox cases in many countries around the world?
Alibaba Daniel Zhang connects 300 platform merchants: do more practical things for merchants
At the age of 58, he was elected as the chairman of Everbright Bank! Former President of Bank of China and Construction Bank
Buy An Audi or a Tesla? Audi's new electric vehicles are on sale: from 300,000
The first domestic Tianji 1300 mobile phone did not fire first! More than 260,000 people made reservations
The Chinese team officially made up for the bronze medal in the Tokyo Olympic relay! Su Bingtian responded excitedly