A device called LG K31 is exposed: or will it be released in the next few weeks

LG is no stranger to the midrange smartphone market, and although its products are not as popular as those from Samsung or Huawei, the company plans to launch new midrange smartphones.In fact, LG has launched a large number of K-series mobile phones, which offer more choices for budget limited users. LG's next midrange smartphone is expected to be released in the next few weeks, according to the latest report. 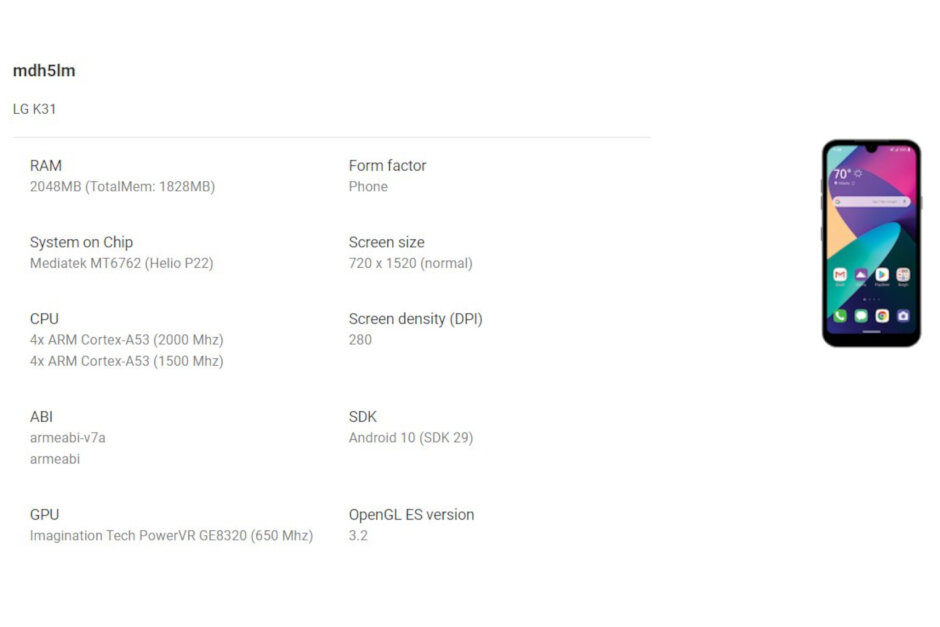 But beyond that, we know little about the phone.