Redmi red rice, iqoo, Nubia, Yijia, Nokia and other brands did not appear in the top 10 list, and some models were indeed too hot. 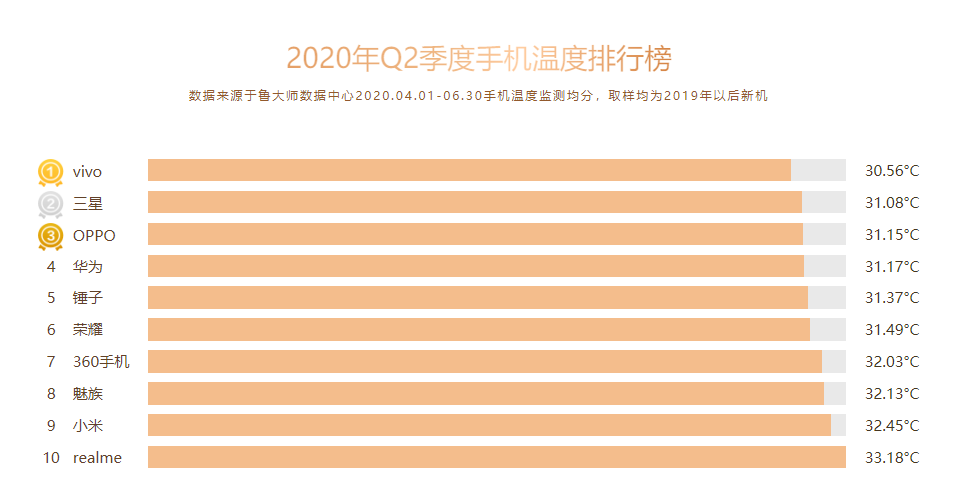 In addition, Samsung Galaxy m30s, Hongmi 8, iqoo Neo 855, Hongmi 8a, vivo Y3, etc. all performed well. They were basically mid-range models. Huawei mate 30 pro, as the flagship, also entered the top 10, which is worthy of praise.

In terms of high temperature,The daily average high temperature of Xiaomi cc9 Meitu customized version is 36.94 ℃, and the peak temperature is 40.36 ℃, which is second only to Nokia 9 pureview, which is 43.05 ℃ Obviously the camera module became an electric tiger.

Of course, these are only the evaluation data of Master Lu, which does not represent the situation of the whole market, but for reference only. 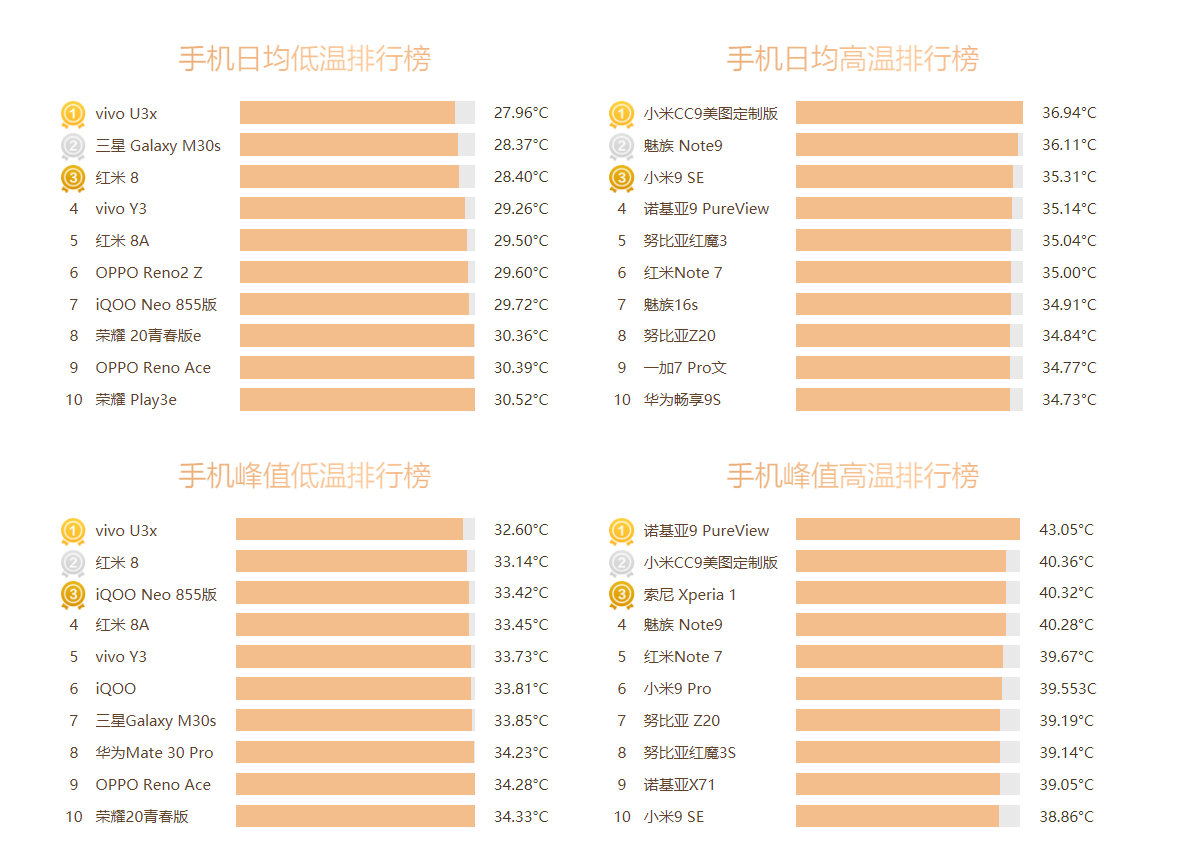 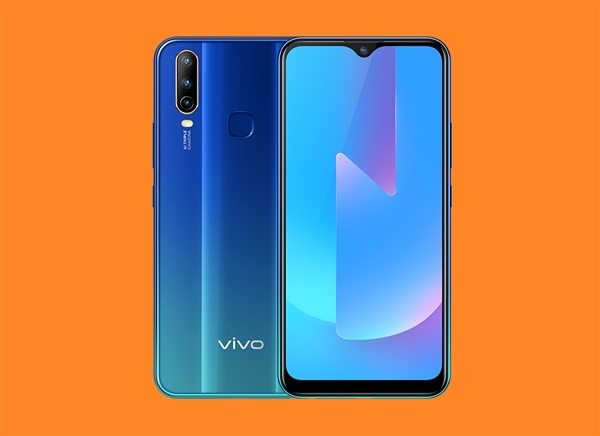