American game player survey: 40% of women and the majority of adults

Recently, ESA, the host of E3, released a report on the "basic facts of the video game industry in 2020", based on the survey of 4000 Americans conducted by Ipsos in July 2020. According to the report, in 2020, more than 214 million people in the United States play games for at least one hour a week, with at least one person playing video games in three-quarters of all American families.

In terms of gender, 41% of us gamers are female, down from 44% in 2019 and 45% in 2018. according to GamesIndustry.biz Additional data shared with ESA shows that in the past five years, the proportion of American women playing games has fluctuated between 44% and 41%.

According to data shared by able gamers, there are about 46 million disabled players in the United States. 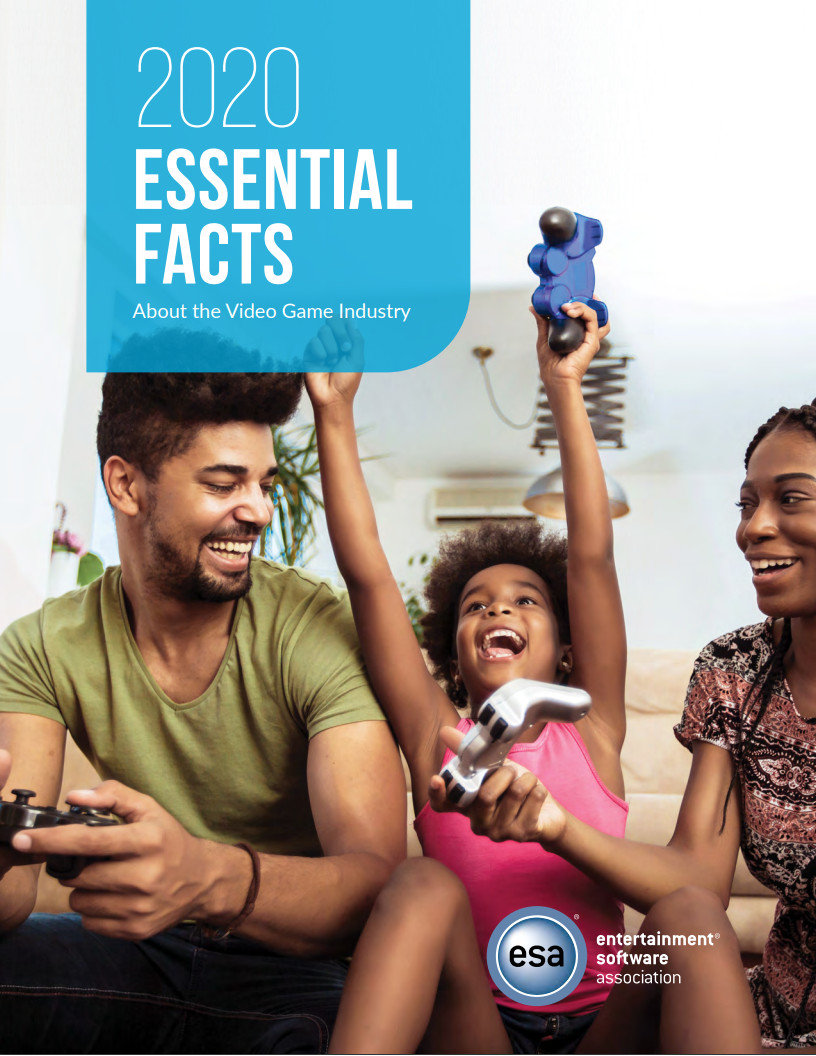 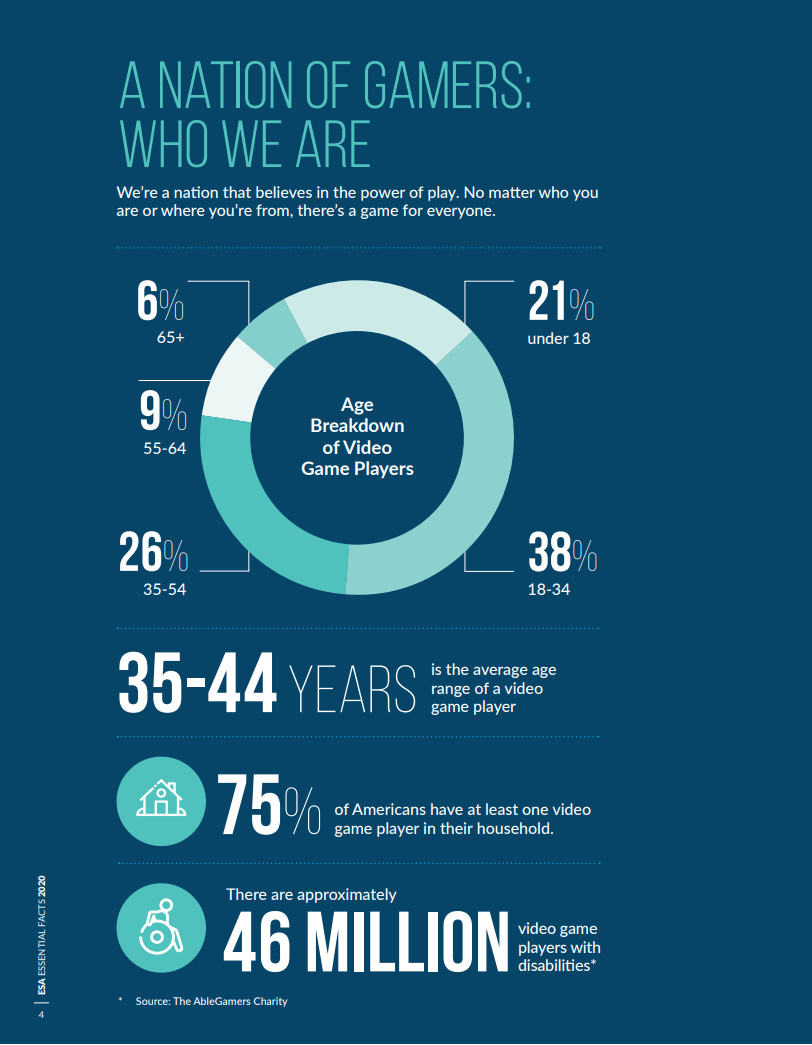 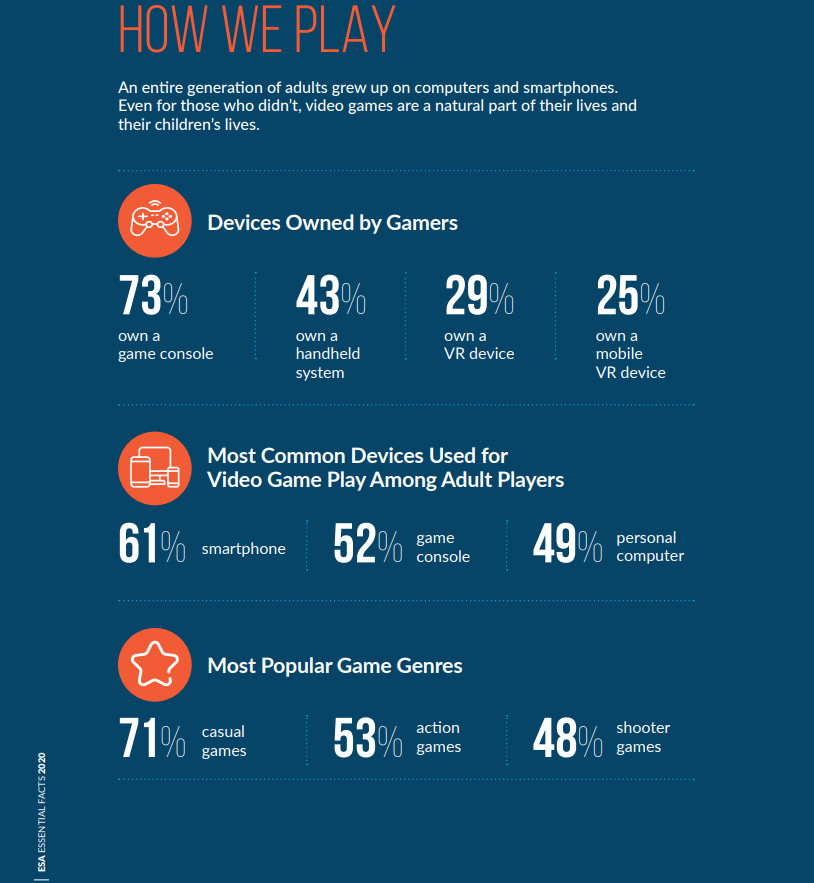 Related news
Pew: most Americans lack the basics of cybersecurity
Hot news this week
Qualcomm lobbied the US government to lift the ban on the sale of components to China
Tencent re racing e-commerce, but does not want to make the next pinduoduo
Wechat in Apple's Google App store may be banned. What if wechat can't be used on iPhone
Tencent's response to wechat ban issued by the United States: under evaluation
Xiaomi 10 supreme commemorative edition press conference Lei Jun's live rehearsal
Tencent launched the largest school recruitment in history, and these positions are most popular
After the sesame seed, Alipay's "financial points" is officially launched: let's see how much you have.
The United States blocked tiktok and wechat one after another: This is the real purpose!
Votebymail is dedicated to helping American voters easily apply for postal ballots
The White House plans to require U.S.-listed Chinese companies to comply with U.S. audit requirements or be delisted
The most popular news this week
Bring your own screen to show "tactical assistance "! TIGA G27Q Game Display Evaluation :2 K 144Hz Small King Kong Cost-effective Rookie
IFLYTEK's response was included in the list of entities in the United States: voice assistant for Huawei's mobile phones has surpassed Google in all respects
Huawei's "Tashan" semiconductor plans not to use American technology at all? Hisilicon staff response: never heard of it
Invitation letter for Huawei matebook x new product launch: smaller than A4 paper, put mobile phone into computer
Us smartphone Q2 shipment increased by 11% month on month, 70% produced by Chinese manufacturers
The hidden trouble of "advertising platform" Facebook
Tencent doesn't want to give half its life to its partners?
Huawei without Google: something to do, something not to do?
Sohu, only building left?
Apple will be forced to leave wechat? Do you choose wechat or iPhone?