According to foreign media reports, Google's biggest bet on Augmented Reality (AR) is maps. Last year, the company launched the AR walk Guide on Android and IOS, and it will bring more features next.Google maps can now calibrate the user's current location through live view.Google believes that GPS is not performing well in a dense urban environment with high levels of interference from buildings.

For this reason, its solution is to use the camera of the user's equipment and the company's street view data for many years to determine the user's position on the visual level.

When users start live view, they are asked to point to buildings, street signs and other road environments, which helps Google Maps know the direction they are facing. The traditional compass orientation method is not convenient for many users, and sometimes it is not easy to use.

Now Google lets users calibrate with live view to improve the accuracy of the blue dots on the map. Most people are familiar with the point marking the current location, which has a beam of light to indicate the direction the user is pointing. 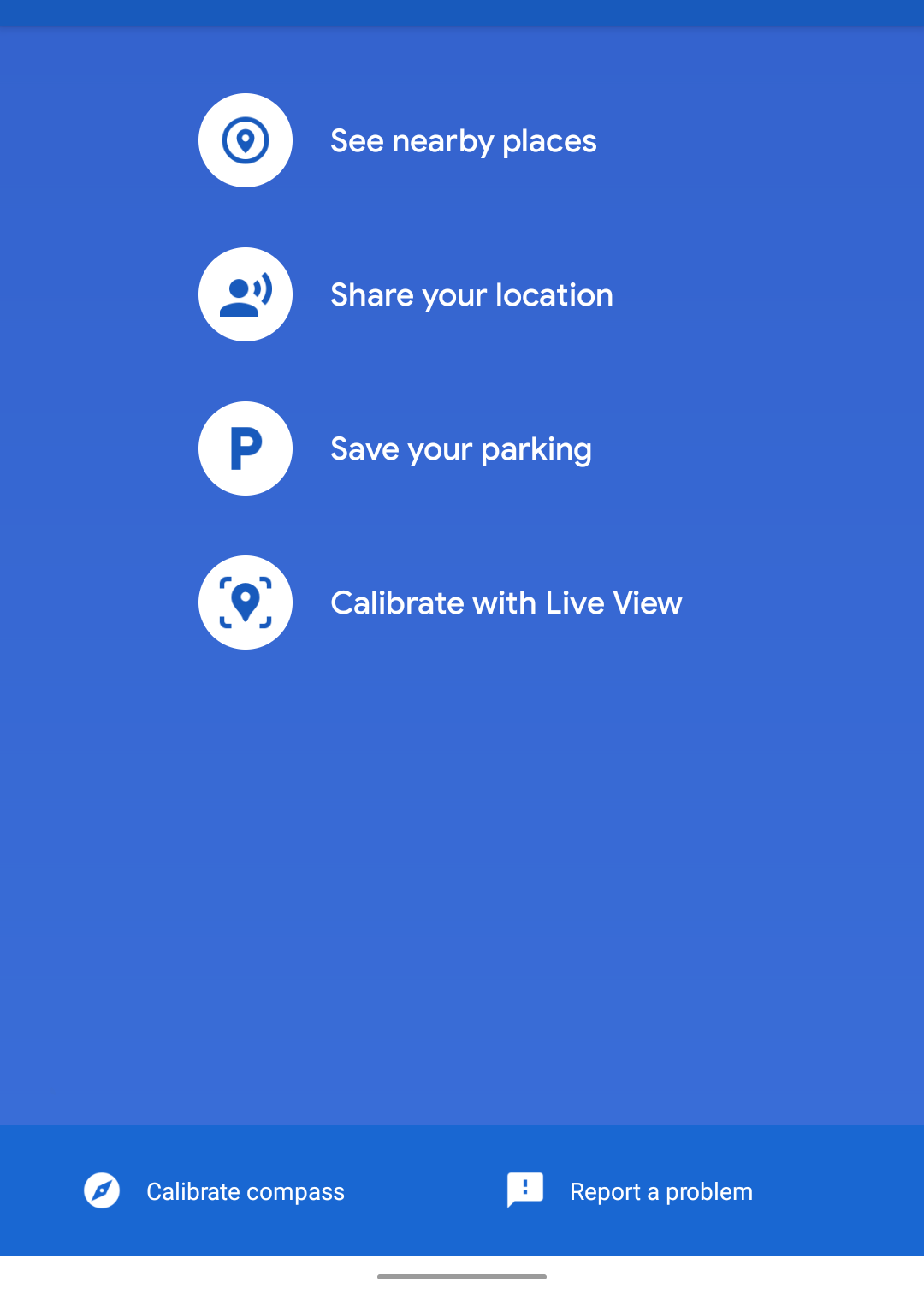 Clicking on the blue circle will open a full screen menu and a new option will be displayed in "save your parking" at the bottom. It will launch the UI of the same camera that live view uses, and it will take just a few seconds to locate.

At this point, the user should get the location is highly accurate, rather than jump around. At the same time, the beam will be replaced by a solid arrow.

According to foreign media, they have successfully run calibrate with live view on several arcore compatible Android devices, but it seems that IOS has not been supported yet.

Related news
Google has invited users to test its Maps AR feature: making walking navigation more intuitive (graph)
Artists mislead Google maps with smart phones
Google Maps 15th Anniversary [/b ][ b ][/b ][/b ][/b ][/b ][/b ][/b ][/b ][/b ][/b ][/b ][/b /b ][/b /b ][/b /b ][/b /b /b ][/b /b /b ][/b /b /b ][/b /b /b /b ][/b /b ]]][[/b /b ][/b]
Hot news this week
Qualcomm lobbied the US government to lift the ban on the sale of components to China
Tencent re racing e-commerce, but does not want to make the next pinduoduo
Wechat in Apple's Google App store may be banned. What if wechat can't be used on iPhone
Tencent's response to wechat ban issued by the United States: under evaluation
Xiaomi 10 supreme commemorative edition press conference Lei Jun's live rehearsal
Tencent launched the largest school recruitment in history, and these positions are most popular
After the sesame seed, Alipay's "financial points" is officially launched: let's see how much you have.
The United States blocked tiktok and wechat one after another: This is the real purpose!
Votebymail is dedicated to helping American voters easily apply for postal ballots
The White House plans to require U.S.-listed Chinese companies to comply with U.S. audit requirements or be delisted
The most popular news this week
Tencent's performance exceeded expectations, and the average monthly salary reduction was 75000
Why are analysts optimistic about Google Amazon?
How much influence does the United States have on wechat? Tencent: US market accounts for less than 1% of advertising revenue
Rise of domestic supply chain huiding and Huaxing confirm that Xiaomi 10 super large cup uses domestic parts
Bring your own screen to show "tactical assistance "! TIGA G27Q Game Display Evaluation :2 K 144Hz Small King Kong Cost-effective Rookie
IFLYTEK's response was included in the list of entities in the United States: voice assistant for Huawei's mobile phones has surpassed Google in all respects
Huawei's "Tashan" semiconductor plans not to use American technology at all? Hisilicon staff response: never heard of it
Invitation letter for Huawei matebook x new product launch: smaller than A4 paper, put mobile phone into computer
Us smartphone Q2 shipment increased by 11% month on month, 70% produced by Chinese manufacturers
The hidden trouble of "advertising platform" Facebook