Not long ago, Master Lu released the ranking of mobile phone market share in Q2 of 2020, which has many new changes compared with the previous quarter. What remains unchanged is that Huawei is still at the top of the list and can't surpass it, while oppo surpasses glory and becomes the second on the list, and Hongmi has also become a new face in this quarter's list. 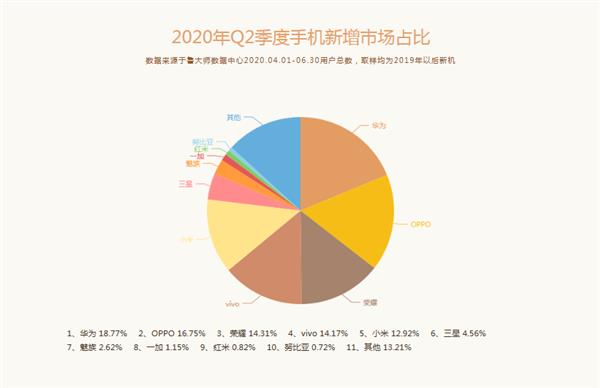 In Lu Master Lu's list of mobile phone market share in Q2 of 2020, Huawei successfully defended its title with 18.77% of the market share, far exceeding 16.75% of oppo, the second place. Huawei's ability to hold the first place in the market share has a lot to do with the several new models it has launched this year. Huawei has recently launched several new machines with very good performance. Let's take a look at them.

Some time ago Huawei released P40 and P40pro, models, which are arguably the highest-configured models on Huawei phones. P40 continues to Huawei the advantages of mobile phone photography, and in dark light shooting and ultra-distance shooting to improve the amount of light in the dark increased by 40%. And the pro is equipped with a new super-aware Leica five, with 50 million pixels, on the camera has a great breakthrough. equipped with AI intelligent recognition, it is also more rapid in face recognition and action capture. Mobile phone photosensitive device is also the most advanced on the market. After spending a lot of money on configuration, sales will not be disappointing. Within a month of JingDong Mall, pro had sold 112,000 units and P40 nearly 100,000 units. 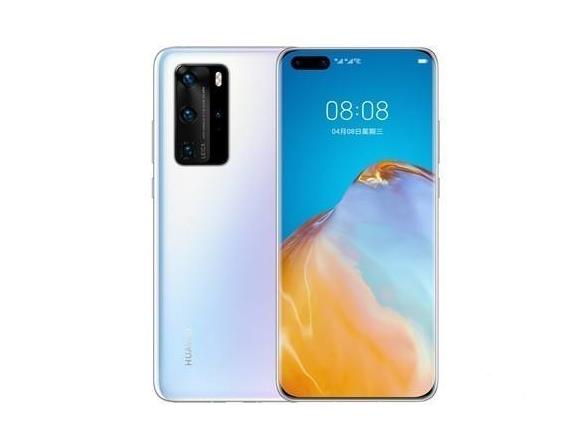 In addition to Huawei, oppo also made a great breakthrough in this quarter, directly catching up with and surpassing glory, ranking second only to Huawei. Moreover, with a score of 16.75%, oppo is far away from the third place Huawei (14.31%). Recently, oppo has launched several new models, which are also commendable.

In addition, reno4 Pro also released a summer exclusive, which made great achievements in sales. On June 18, it was sold out in just one day. However, the configuration of oppo reno4 Pro is worthy of such a performance, which can also explain why oppo has surpassed glory and become the second on the list.

There is also a new trend in this quarter, that is, in addition to the existing brands on the list, the red rice that has not appeared before has also been listed. The performance of redmi9 recently launched by Hongmi is excellent, and the sales volume is also very good. 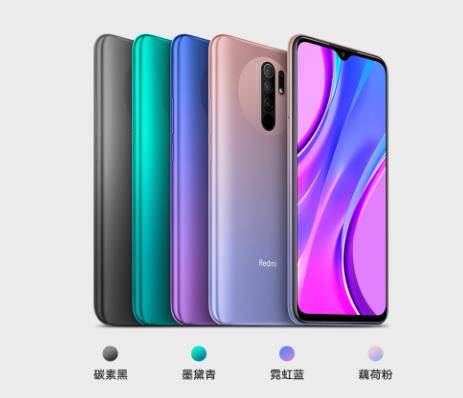 No matter how the market share of these mobile phones is, I believe you still have your favorite mobile phone products in your mind. When choosing a mobile phone, you should pay more attention to your real needs. The most important thing is that it is suitable for you.

Related news
Q2 China Smartphone Scorecard in 2019: OV, Millet, Apple, etc. all declined
Transfer to release Q2 mobile phone market report
Master Lu's Q2 mobile phone temperature ranking: vivo u3x is the coolest
Master Lu Q2 fake machine ranking: Xiaomi 9 Shanzhai the most new flagship also suffered!
Lu master Q2 mobile phone market share: Huawei still can not surpass!
Master Lu releases Q2 quarterly report. Is your mobile phone on the list?
Hot news this week
Apple is recruiting neurorendering research scientists to create immersive experiences for AR/VR products
Tesla China will take the initiative to significantly reduce production if it still fails to sell by 40,000 yuan
The Internet reported that the Shanghai factory would voluntarily cut production by 20%, Tesla responded
Hangzhou Internet Court: NFT digital collection belongs to the network virtual property, protected by law
Amazon has withdrawn a new offer from its retail division, cutting off new employees who were due to start early next year
You know what? Looking at your phone while driving is the equivalent of driving blind for about 50 meters, which is extremely dangerous
The United States has approved the first fecal transplant to treat disease by transplanting someone else's feces
Dalitsu, a lens supplier for Apple's iPhone 14, reported revenue of NT $5.231 billion in November, up 20 percent from a year earlier
Transsion Holdings: Established a global strategic partnership with Google to carry out in-depth cooperation in areas such as Android system
Do the most lightweight and smooth system! - MIUI 14 will come soon: The flagship will also be upgraded two years ago
The most popular news this week
Activision Blizzard CEO says Microsoft acquisition will go ahead, FTC allegations are factually incorrect
Experts: do not take ibuprofen if you eat Lianhua Qingdian, separate Chinese and Western medicines
Up to 56 cores! The new generation of Intel processors is coming.
Upgrade second regret! Serious problems after AirPods Pro 2 update
Apple got Sony's flagship sensor! iP15 is now more expected
Ibuprofen does not have to compete for the world's largest production capacity in China: one company is enough for 3.3 billion people.
QQ level first in the world! I responded to make netizens envious: the family opened the Internet cafe
Cook's "no" to Musk: cost Apple 4.4 trillion
AI paintings fetch a record price of 1.1 million! Baidu's AI painting was tested and the result was amazing
Burst! Tesla China discontinues Model Y production