Huawei and apple meet on a narrow road, why VR is not on and AR is on? 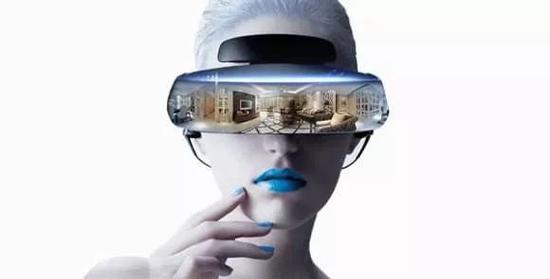 Huawei and apple met on the AR track.

July 13,HuaweiAR glasses patent exposure. Prior to this, it was revealed that the foxconn contract apple AR project translucent lens has entered the trial production phase, and has applied for eye control and other new patent technology, and will be released AR/VR 2023.

Huawei and apple are not the only ones that make frequent moves in the AR field. Recently, Facebook has also registered for gratings for VR displays and sound separation technology for microphones; Google bought focals for 180 million at a very substantial price tag.

It is obvious that all the giants are actively planning, and the financing and M & A of related technology companies are also in full swing. In April, the most difficult month of this year, mojo vision, AR contact lens company, received $51 million in financing in April. 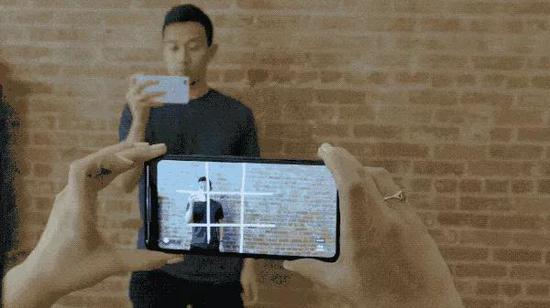 On the industrial direction, the UNITY report argues that the industrial AR has gradually stepped out of the teaching scene category and began to enter a more applied industrial scene.

Ar has obviously entered the fast track in the post epidemic era. When Huawei and apple two world-class giants meet in this field, with the United States increasingly pressing sanctions against Huawei, the competition between the two sides in any new field will have the same long-term impact on the business prospects of the company.

Apple and Huawei make efforts at the same time, one kind of ar two directions

Cook has clearly mentioned that AR is Apple's next good business.

As early as 2017, Apple launched its own AR development suite, allowing developers to develop AR applications based on Apple device cameras. Earlier this month, bloomberg gave a detailed account of how apple developed AR wearable devices.

There are two sets of devices in apple's AR equipment program, a portable AR glasses codenamed N421, and a head-display device codenamed N301, which is designed to make a clear difference to standard Facebook production Oculus Quest, eventually apple's president, cook, is on the side of the development team.

Huawei also released the AR technology cyberverse in August 2019, which can be used for 3D navigation and virtual signs, and can be used in shopping malls, scenic spots, airports, museums and other spaces in space. In the field of hardware, Huawei seems to have no further move.

In terms of product direction, Apple's current message is that it wants to build ar glasses into a popular electronic fashion product similar to Apple's watch.

Huawei is not only trying to apply AR in the industrial field, but also Sony, which has a very deep layout and investment in VR entertainment. On July 22, LG Electronics and NTT dcomo, Japan's leading telecom operator, have teamed up to develop augmented reality glasses, which are likely to be available next year.

Generally speaking, the industry is not optimistic about AR video and games at present, which is mainly due to the characteristics of AR products. The first is the angle of view (FOV) restrictions, so that AR video experience is relatively low, in the face of users who have been raised by four K60 frames, AR weak performance is obviously only taste fresh value, not use value.

AR the game aspect, at present only takes the Baoke dream GO as the representative AR LBS kind of game is recognized by the user, from the Baoke dream release, in recent years the quality, the experience comparison online AR game quantity is extremely rare.

AR products at the professional level appear to be more promising from this perspective until there are no major breakthroughs in the AR's civil-grade product content and technology. Unfortunately Huawei there are no more detailed solutions on prototype and interaction, voice, display, power supply, etc. for AR hardware.

Why ar instead of VR

AR and VR are two parallel development tracks. However, since the flash in the pan of hololens in 2015, there is basically no new trend for commercial mass-produced civilian ar products.

As a result, manufacturers will focus on mobile phone-based AR applications. Nintendo released its first mobile AR game in 2016, insisting on not releasing mobile games

At the beginning of the game's launch, the game not only gave the world a huge fan of players, but also inspired practitioners in the AR industry to a certain extent, not necessarily from the hardware like glasses, at least from the current technology prospects, mass-produced civilian-grade AR products to the real landing may take several rounds

The love of the fantasy world has made the game industry one of the most important industries in the post-infectious era, with Valve VR six months ago

The question is, why do apple and Huawei take AR as their main target rather than invest in a relatively mature VR?

VR field and AR field seem to be similar, but in fact, the technical means and business path are completely different.

VR field mainly in the game and immersive video has a very strong penetration ability, very good at creating a fully virtual immersive space. However, AR is based on the real space and provides more virtual information to supplement the product features, which has strong applicability. VR separates the real space, while ar enhances the understanding and cognition of the real space.

Apple and Huawei both invest in AR field, but abandon VR to a certain extent. The fundamental reason is that both companies lack of resources in game and video VR due to their technology accumulation and industrial accumulation. This is also why Sony, valve and Facebook can quickly launch VR products of commercial grade.

2. The marginal utility of AR is higher

During the outbreak, the UK's fastest growing flooring retailer used AR technology to allow consumers to intuitively feel the effect of flooring at home. The developer of this technology is room MVO, a room visualization tool developed by leap tools, a Canadian company. As long as you select the floor you like, you can see the effect of your own home by using smart phones or tablets.

This is an excellent case of AR application, which reflects the outstanding ability of AR products in design and security operation. According to a recent grad raister survey, 56% of manufacturers said they had used some form of AR technology in the past 12 months. 35% of manufacturers are considering applying similar technologies, and 27% of respondents say they have deployed AR applications in the evening.

What's more, the cost of existing ar products that are practical is unacceptable to ordinary consumers and has no daily use value, and the manufacturing industry is able to bear this cost. In general, the marginal utility of AR application in industrial field is higher than that in civil application.

The short-term future of AR: Industrial AR is more promising than civil ar

According to IDC data, in 2020, China's total AR / VR market accounted for 38.3% of the global share, and China was the country with the largest amount of expenditure, among which the consumer industry was still the largest, accounting for about 50%. The report predicted that the growth of commercial expenditure would slow down. 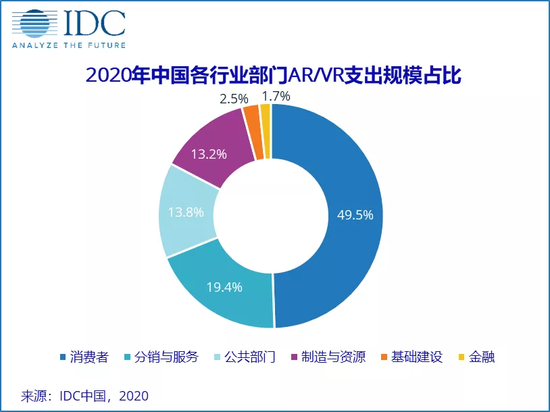 The main application of professional AR is spatial computing, which is applied in industrial product design, visual digital model, worker training and military. In terms of specific industries, in addition to consumers, China mainly focuses on distribution services, and the expenditure of public sector and manufacturing and resource industries is basically the same.

Although both Huawei and apple have started to make frequent actions in the AR field, there is still a long way to go from the commercialization of civilian products and the degree of technological progress.

His article "why I don't like VR glasses" also expressed a similar point of view. He thinks that AR lacks competitiveness with existing electronic products in commonly used consumer level scenarios. In streaming media scenarios, AR experience is particularly poor due to the limitation of perspective and resolution.

The director Keiichi Matsuda released a short film describing the near future in 2016, which shows the scenes VR make the real world information highly enriched. And our daily lives are already experiencing information explosions, and a AR device for the real world that continues to export content to people may be even more unbearable. 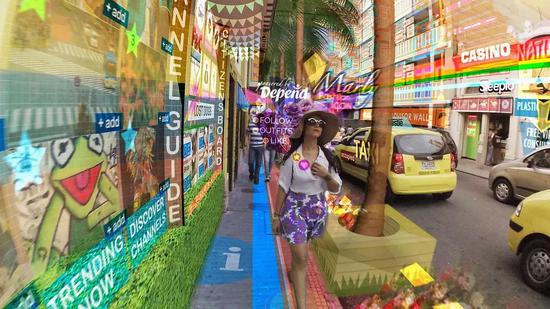 For ordinary people, the reality does not need to be enhanced. It is enough to make people exhausted.

Moreover, although the technical difficulty is not high, the use time of the device will not last for a long time due to the limitation of the existing battery technology and the continuous operation of the processing chip.

In this case, industrial and educational AR, which gives people more space based on specific scenes, is more in line with people's needs.

Last month, the U.S. military disclosed the R & D Progress of its ar combat system IVAS. The development engineers clearly pointed out that through more than 23000 hours of feedback from soldiers, the ultimate goal of this product is to produce a product that can improve their lethality in training and battlefield. In October, the product will undergo a new round of product testing. 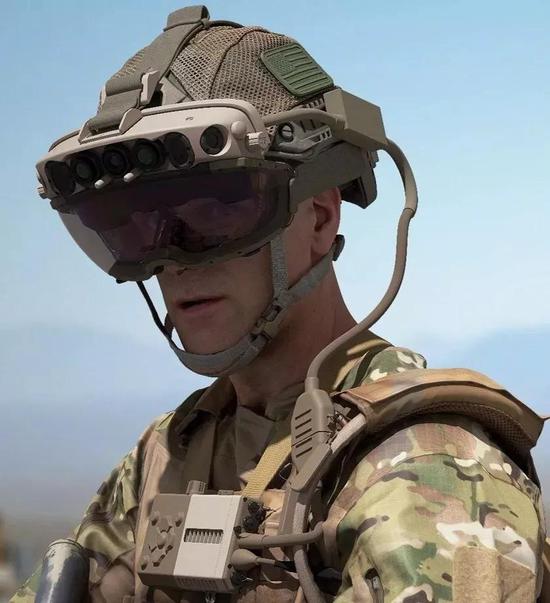 The latest IVAS prototype based on hololens2, pattern: Courtney Bacon

It can be predicted that in the next three or four years, AR products are likely to be divided into two specific branches. On the one hand, the AR equipment used in specialized scenarios will have higher cost, higher technical threshold and higher professional level.

The other is the civilian ar equipment. The concept of this kind of equipment is greater than the practicability, and will not become the mainstream in the short term. Only after the industrial evolution process such as the mobile phone to Nokia, can the commercial value of AR be completely realized.