Yaoshuige announced that he would participate in the new Chinese rap

LOL、 tiger teeth todayThis Friday, I will take part in the recording of "China's new rap", claiming that he is Wu Yifan's ten year old fan, and will definitely perform well in the program. 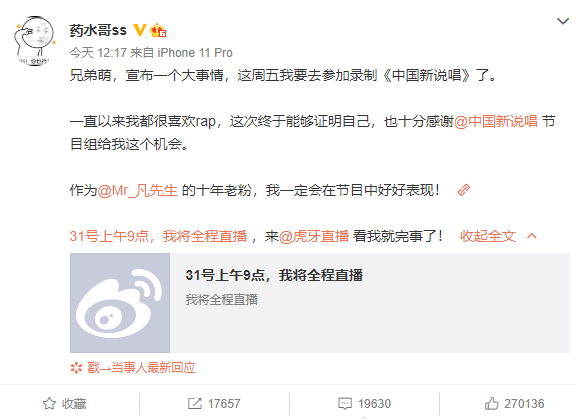 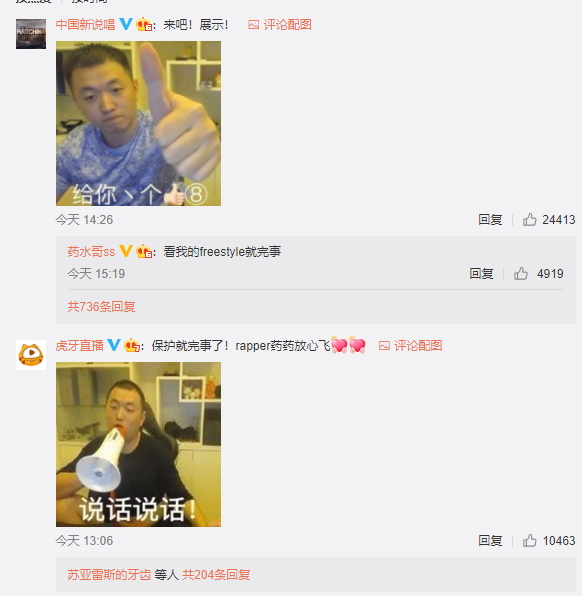 The potion brother Weibo said:Di Meng, I'm going to record the new Chinese rap this Friday. I've always liked rap very much. This time I can prove myself. I'm very grateful to @ China's new rap program group for giving me this opportunity. As @ Mr_ Mr. Fan's ten year old fan, I will certainly perform well in the program!

Then China's new rap in the potion brother Weibo below the comments:

"China's new rap" is a Chinese youth rap music program made by iqiyi. Its predecessor is hip hop in China. It has 13 issues. Wu Yifan, Zhang Zhenyue, MC hotdog, pan Weibo and Deng Ziqi are the star producers. 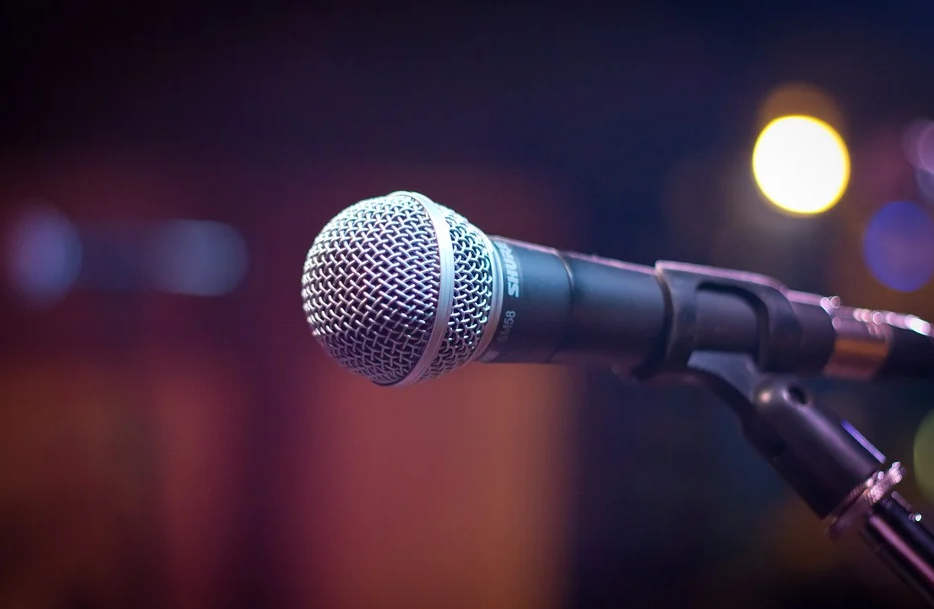