For enterprises, this once-in-a-century epidemic is actually a big test. Only on the day when the results are released can you see the true weight of this enterprise. It turns out that apple is indeed a heavyweight top student. This report card can be used to describe the performance of apple in the third quarter of 2020. Among them, Apple's net profit in the last quarter was 11.253 billion US dollars, a year-on-year increase of 12%.

Do you remember that some time ago, the glass was smashed and the equipment was robbed in the apple store physical retail store?

Compared with such profit performance, that loss is nothing.

Take a look at this report card of apple in Q3.

According to the financial report:

Moreover, even under novel coronavirus pneumonia, Apple's revenue and profit growth rate is still above two digits, which is indeed a good result.

It's worth mentioning that the result also far exceeded the expectations of Wall Street analysts, who had expected Apple's Q3 revenue at an average of $52.25 billion.

Affected by this, Apple's share price also rose sharply in after hours trading in the United States, once more than 5%, breaking the highest price in the past 52 weeks. It is worth mentioning that among the revenue of 59.683 billion US dollars, fromiPhoneIts revenue was $26.418 billion, up from $25.986 billion in the same period last year.

Based on this calculation, iPhone's revenue accounted for 45.27%.

It can be seen that in Q3 financial report, Apple's dependence on iPhone's revenue has been reduced again, and its revenue structure has been optimized again, which is a good thing for apple.

Apple's record third quarter results were driven by double-digit growth in its products and services businesses, as well as growth in all regions.

Tim Cook also said that in the current uncertain period, this performance proves that Apple's products play an important role in customer's life, as well as Apple's persistent innovation spirit.

Mac andiPadHe is a great hero

In Apple's previous financial reports, the iPhone has been the focus of attention.

But this time, although the iPhone's revenue share is still strong, its contribution to the overall revenue growth is very small, and its revenue growth rate is less than 2% year-on-year, almost negligible.

In response to the iPhone's performance, Tim Cook said: beyond expectations.

He stressed that in different countries, Apple's cell phone sales are leading. As for the latest release of the iPhone se, Tim Cook said the early sales data showed that sales of the iPhone Se were better than expected, mainly because there were more phone changes this year than last year - the iPhone se is very attractive to consumers who like small screens, and the ultra low price makes the iPhone se very popular.

He said that while the iPhone se was also a big help to the performance, the iPhone 11 was still the best-selling phone.

Let's look at the revenue performance of several other product categories:

As you can see, total revenue for all product categories has increased.

In response, Apple CEO Tim Cook said Cook said the epidemic could boost sales of iPads and Macs due to increased quarantine regulations and distance learning - which is very understandable.

But surprisingly, Apple also said many of its customers who bought iPads and Macs were new customers. 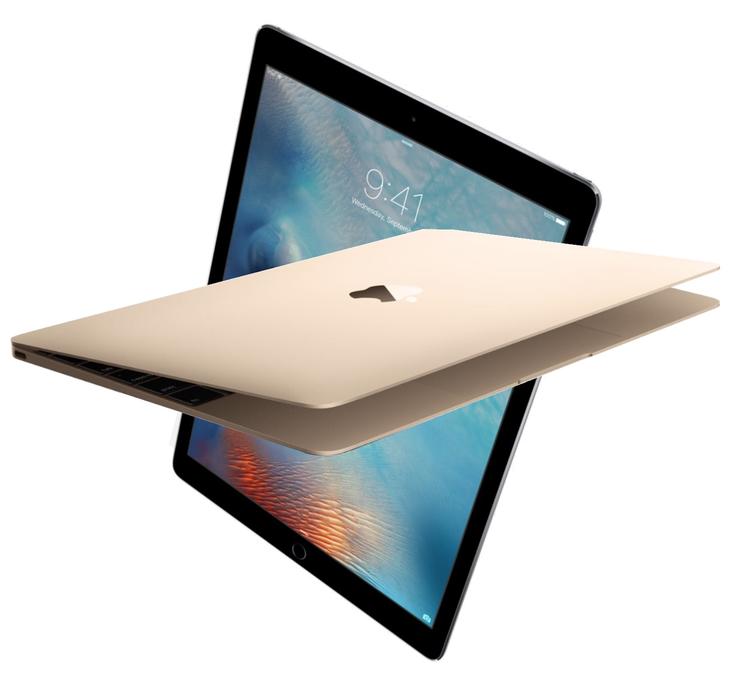 In addition, in this financial report, the growth of revenue from services has slowed down, which may be related to the reduction of people's consumption behavior under the epidemic situation.

It can be seen that the epidemic situation is also a double-edged sword for apple, with both positive and negative effects.

So, how does Apple Q3 perform in the Chinese market?

In terms of regions, Apple's revenue performance in various market regions is as follows:

As you can see, Apple's revenue has risen in all regions, which is a very rare achievement.

Among them, in the Greater China region, which is dominated by the Chinese market, Apple's revenue is still growing under the extremely fierce competition in China's smartphone market, which is indeed commendable.

Of course, on the whole, the European and American markets are still the base of Apple's revenue. The revenue of the American and European sectors accounts for 69.02%.

In contrast, the revenue of Greater China accounted for 15.63%.

In the financial report conference call, Tim Cook made a special comment on the Chinese market

China's market grew by 2% this quarter, and China is more affected by the exchange rate than other countries, about 400 basis points, which is up about 6% at the fixed exchange rate. The iPhone 11 is the best-selling model in Greater China, and we are very proud of it We are very satisfied with the performance. 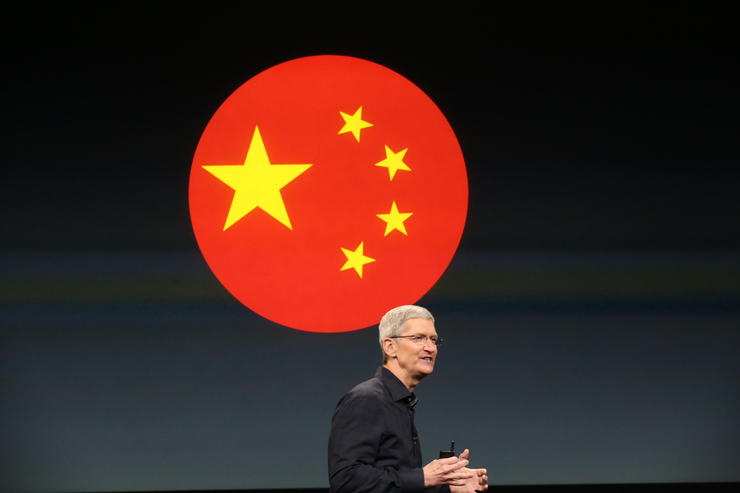 Tim Cook also said that in China, iPad sales also hit a new high in June, mainly driven by telecommuting and learning, which is the same as in other countries.

Meanwhile, MAC sales rose double-digit in the quarter, and the service business hit a new high in June.

Of course, from the supply side, Apple's iPhone, MAC, iPad and other products' market performance in Q3 is inseparable from China's strong support in the production and supply chain of Apple products.

So this time, Tim Cook really should thank China.

Based on confidence in its share price, Apple also announced that the company's board of directors has also approved a 1:4 stock split plan to make it easier for more investors to acquire the company's shares.

The stock trading after stock split adjustment will start on August 31, 2020. Of course, despite this, Apple also faces some uncertainties in the wake of the epidemic.

A very obvious manifestation is that in this financial report, there is no performance outlook for the fourth quarter of fiscal year 2020.

In the earnings call, apple CFO Luca Maestri also confirmed that Apple's new product this year will be delayed by several weeks.

There is no doubt that this is the impact of the epidemic.

It's worth mentioning that Tim Cook also said in the earnings call that supply of iPads and Macs was under pressure this quarter.

It can be seen that although Apple's excellent performance in Q3 depends on the strong demand of users for iPad and MAC products, if the supply fails to keep up with the demand, it will still be bad for Apple's Q4 financial performance.

This is probably the truth.

However, for apple, another worry about its future development is the U.S. government.

Especially under the leadership of the trump administration, Sino US relations have been affected unprecedentedly, which is a big threat to Apple's overall supply chain stability and its performance in the Chinese market.

In addition, in the United States, apple is also facing challenges from the United States Congress in the area of anti-monopoly, and US President trump himself said that if Congress does not make substantive action, he will act in the name of administration.

On the other hand, Apple has benefited from China's economic development and epidemic prevention and control, whether it is the product supply side or the market consumption side, and the latter has even played a supporting role in the supply side.

Tim Cook knows that better than anyone else.

Related news
Cook should thank China for Apple's Q3 harvest
Hot news this week
Behind the exposed layoffs, China has praised the loss growth, and the stock price has fallen 67% in three months.
The news said that the Wi-Fi7 chip uses a 7/6nm process to stimulate QFN packaging and aging testing needs
Alipay life channel 20 million people see Wufu Sheng Xiaoka lottery live, fans: difficult for the public
The U.S. government is introducing new policies to attract international students in fields like science and technology
The U.S. Senate Committee passed the tech antitrust bill, and giants such as Apple and Google rose to the challenge
It has been exposed that it will be acquired by Tencent: the Black Shark 5 game mobile phone is officially announced!
China has successfully developed the world's lowest power phase change memory: a thousand times lower than mainstream products
Microsoft Apple Meta seizes the XR market, the Samsung of the fillet folding screen mobile phone or wants to catch up
K50 e-sports edition opponent is coming! A new Chinese phone released in February: it claims to be the best gaming phone
Station B Bilibili 2021 Top 100 UP Main Selection: 63% of new entrants, double the proportion of scientific and technological knowledge
The most popular news this week
7 years! The classic control panel doesn't die: Windows 11 takes another step back
All color renderings of the Samsung Galaxy S22/Plus/Ultra flow out
Indian smartphone shipments increased by 12% of China's reputation points near 68% share Samsung plans to add code
Three months after launch, Microsoft is "happy" with Windows 11: more successful than previous systems
Google announces the abandonment of FLoC: launches a new Topics API to replace third-party cookies
Reveal the "land Probe 1 A star" space autopilot: "time and space revisit" to predict geological disasters
Circle of friends can send more than 9 pictures weChat iOS version 8.0.18 official version of the new content public
Douyin push incentive plan: carry forward China's excellent traditional culture
Common software is spitted in an amazing: mobile phone app memory
A rocket launched by the United States 7 years ago was about to hit the moon and self-destruct: the speed was staggering