Knowing why so many car companies around the world, you seem to know only Elon

Because this person is really into social media, in Musk's Twitter, you can not only know the name of his newborn son (x? A-12 MuSK), but also learn about the company's various trends. It's not hard to explain why media teachers brush their musk tweets more often than they brush their circle of friends and microblogs every day.

No, yesterday Musk dropped another one on Twitte

Although Tesla's annual sales are less than a tenth of that of traditional car companies, its market value is more than a few giants combined although Tesla is often called

Whether from macro capital analysis or micro expert analysis, it is enough to show Tesla's leading position in the field of electric vehicles. So now Tesla

These questions can not help but make people suspect Musk's real intention.

On the face of it, the logic seems to be like this, but it reminds me that Musk announced six years ago

If a company wants to use Tesla's patents and avoid being sued by Tesla, it can't do the three things mentioned above. To put it simply, the company cannot (or help other companies) claim or challenge any patent or intellectual property (involving economic interests or not) to the detriment of Tesla; to commercialize or sell any products imitating Tesla, or to provide material assistance to other organizations (companies). 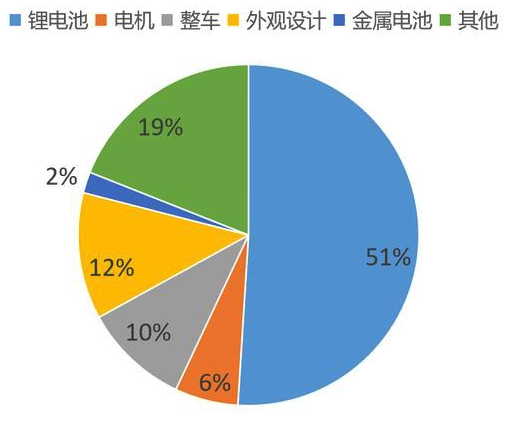 (the proportion of different types of patents shared by Tesla. At present, Tesla continues to increase the list, figure / E-state)

The purpose of Musk's open source sharing of all patents is simple, so that more car companies can join in the transformation of electric vehicles and jointly promote the development of this industry. Tesla challenges the traditional automobile industry, and it is difficult to compete on its own. The more people join in the production of electric vehicles, there will be more competitive cars in the market, there will be more charging piles, the synchronous development of the supply chain will further reduce the cost of BOM, thus entering a virtuous cycle. To some extent, this is a bit like Google's Android open source, which has the scale of today's smartphone market and the prosperity of the Internet.

In fact, many of the world's top technology companies have

But it's important to understand that patents are

So for Tesla, the patents are just to help other companies 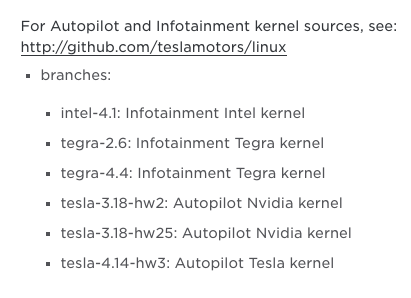 And the real core of software code, the core parameters of various technologies and materials and other information, is as Tesla trade secrets exist. And these aren't free, they' re anothe

The meaning behind it

More than a decade ago, the smartphone market was still in its infancy, or savage growth. There are countless mobile phone brands, slightly more careful companies to design their own motherboard, appearance, and so on, the core parts are purchased, and eventually handed over to the factory production, and the vast majority are similar to

Although the mobile phone industry is significantly different from the auto industry, one thing is connected, which is highly dependent on supply chain supply

The same is true in the automotive industry, where nearly 60% of the value comes from the supply chain, with a large proportion of patents and core technologies in the hands of suppliers. In other words, in the past car industry development model, in a sense, car companies are also becoming

Two years ago, a consulting company once made an industry research report, and speculated that it might be possible for suppliers to unite in the future to directly produce cars and take away a lot of surplus value.

But with new energy vehicles

As the initiator of this trend, Tesla has gradually concentrated the industry from the beginning, with a high degree of vertical integration. Even the parts purchased from suppliers are also Tesla's own design and requirements. Finally, the parts are printed with Tesla's own logo.

Tesla has two advantages to do this: first, the use of its own mature and excellent hardware and software products to other companies can accelerate the emergence of all kinds of new electric vehicles. Only the diversity of electric vehicle market is becoming stronger and stronger, and people are not paying attention to the problems of basic endurance and reliability, so as to further expand the overall market; second, the authorization of AP automatic driving system. By using, it will further expand the data advantages of Tesla in the field of automatic driving, so as to accelerate the training of its own neural network, realize the L4 or even L5 level automatic driving more quickly, and expand the revenue through robotaxi.

In addition, combined with the content of Musk's Twitter and 2020q2 financial report, we can infer that the battery may no longer become a bottleneck in the current Tesla blueprint.

One of the possible reasons behind this is that the capacity of the Nevada Superworks (Gigafactory Nevada) has been further increased, approaching the capacity of 54 GWh originally designed for 2020, to cope with energy storage (Megapack) and the large number of batteries needed for future Semi production, and to further resolve the battery production problem by signing contracts with China's Ningde era and LG. The other is the long-awaited

For tesla, further price cuts have always been the goal, musk made clear in Q2 results:

In today's electric process of various automobile enterprises, the battery has been pushing forward the process of constraints. In the past, Volkswagen purchased GuoXuan high tech shares, and later, major automobile enterprises established factories with lithium battery companies, all of which are preparing for the future electric vehicle production capacity. Therefore, from the information released by Musk's tweet, we not only emphasize that Tesla will exist as a supplier in the future, but also declare its potential advantages in battery technology and capacity in the future.

In fact, I think Musk

First of all, in 2009, Tesla was in trouble. After negotiation, Tesla was valued by Daimler and solved the temporary crisis at the price of purchasing 10% shares for us $50 million. Tesla and Daimler reached a contract to provide battery pack, charging technology and other technical support for smart ev.

But the honeymoon ended in 2014, with Daimler selling all of its shares for $780 million. On the one hand, smart EV itself did not bring much sales to Daimler (although only 1000 vehicles are expected to be produced); on the other hand, Daimler decided to realize its own electrification through EQ series.

And there may be other reasons, I don't know, but in a polish newspaper interview in 2018 when daimler CEO dit and zez asked if he regretted selling tesla shares, he responded:

Toyota, another giant, worked with Tesla as early as 2010. At that time, musk invited Mr. Toyoda to his home and took him to experience roadster, which led to Toyota's subsequent purchase of 3% shares of Tesla for us $50 million, and the sale of California's mummt factory (later the Fremont plant) to Tesla at a low price of $42 million. At the same time, Tesla cooperated with Toyota to provide battery and powertrain development for Toyota, Helped launch the RAV4 electric version.

But the results are strikingly similar to Daimler. The sales volume of RAV4 is also average, with only more than 2000 vehicles. At that time, Toyota was in the initial stage of tnga architecture, which was totally different from Tesla's new electronic and electrical architecture. Finally, the two companies broke up. In 2014, Tesla no longer provided lithium-ion batteries and technical services to Toyota. Instead, Toyota sold some shares and stopped the production of RAV4 electric version. By the end of 2016, Toyota would sell all its shares.

At present, even Musk's iron powder (Volkswagen Group CEO) is afraid to announce Tesla as a supplier. Obviously, as a car giant, in this situation, a supply contract with Tesla is signed

These companies, through Tesla to provide core software and hardware, shorten the R & D cycle, and take advantage of the existing overcharge network to quickly market their products. Through the diversification and personalization of the mature electric vehicle market as the product point, as well as for different user groups, more or less can share a piece of the cake, after gradually stabilizing the brand, and then a little bit of R & D innovation to create their own barriers, isn't it beautiful.

I have to say that Musk is not only a visionary, but also a resourceful strategist. This move

After finishing the work, he dropped a simple sentence: 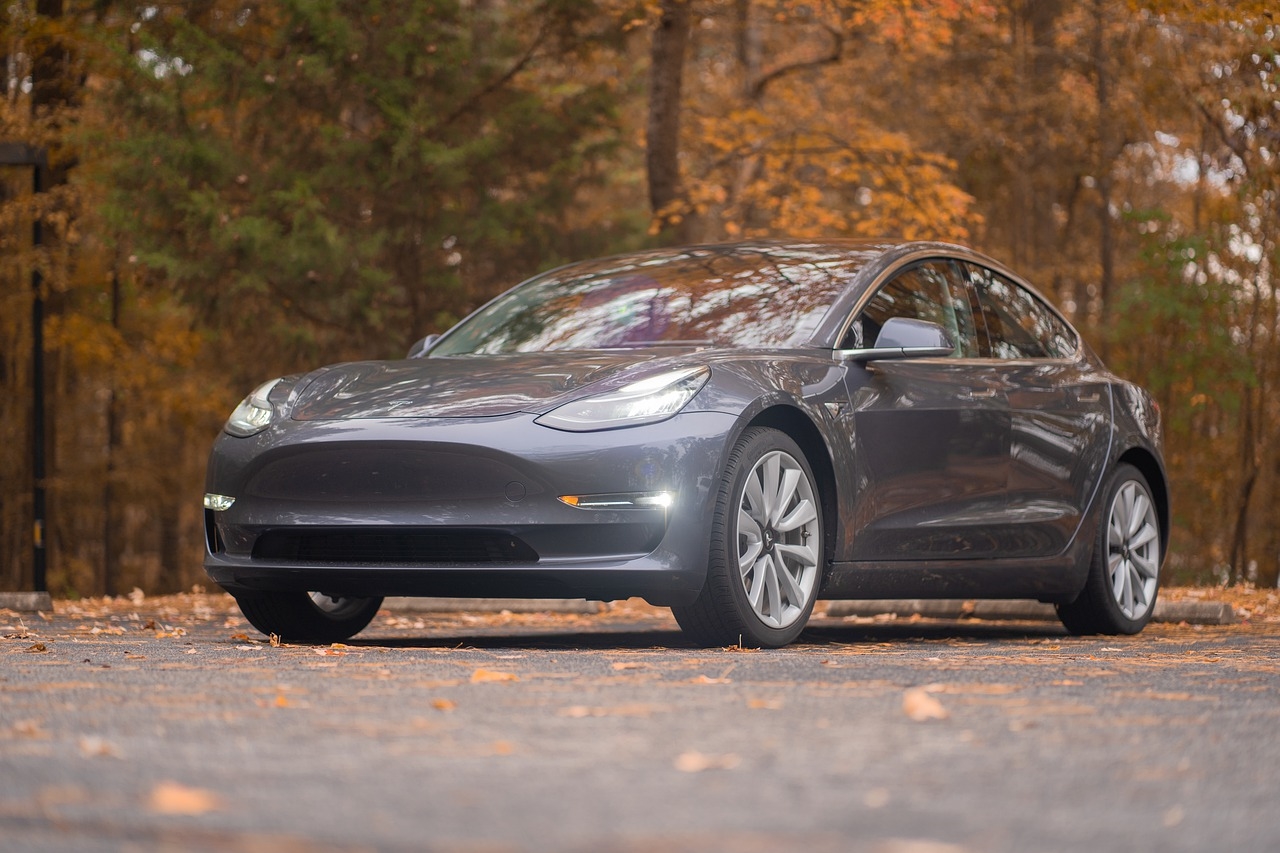