NASA (NASA) astronauts Bob Bainken and Doug Hurley revealed they had a bit of fun when they successfully splashed down in the Gulf of Mexico and waited to be picked up, foreign media reported.The two apparently made some prank calls using satellite phones on crew dragon. 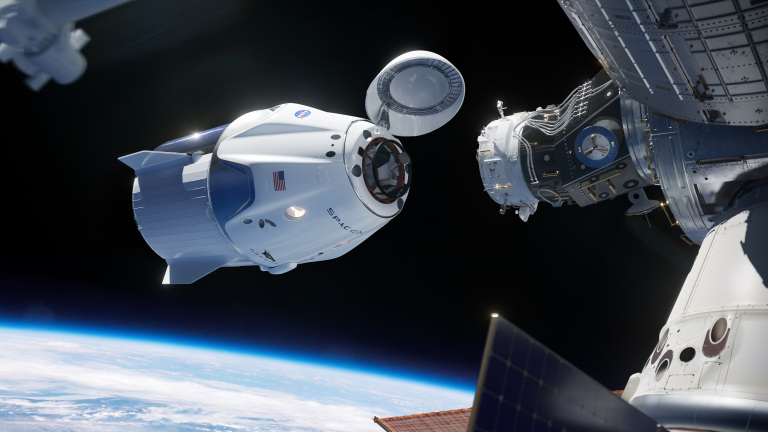 Two astronauts made history while travelling on SpaceX company's Crew Dragon spacecraft to the International Space Station. A few days ago, they splashed off the coast of Florida, making history again. But as the world celebrated their safe return, astronauts waiting in the sea decided to have some fun while waiting for help. Astronauts can use satellite phones when returning to the cabin and stopping in the sea. With nothing else to keep them busy, they obviously decided to make some calls.

Holly revealed in an interview that he and his fellow astronauts made several phone calls in the sea and they enjoyed the feeling. "Five hours ago, we were hanging around in a spaceship and making a prank satellite call to people we could reach," Hurley said. "It's fun, by the way." 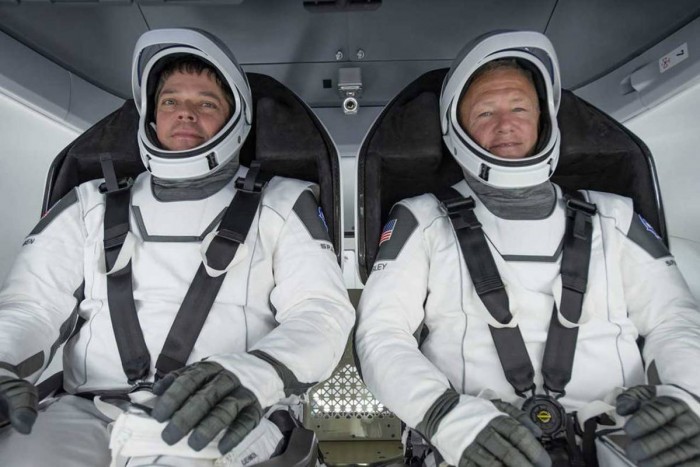 The two men made a phone call to the flight director of the mission, who was no doubt relieved for their safe return to earth. "I got a call like this on the flight director console ," Anthony Vareha tweeted ." Its opening line is' Hi, we' re Doug and Bob, we' re in the sea'. I think my answer is' Yes, I can see'."

Now that astronauts have returned to Earth safely, Crew Dragon have also proved its value, it can be said that NASA will have the opportunity to fully certify it for future use. This means that NASA can use Crew Dragon to send astronauts on official missions rather than demonstration flights like so far.

Before that, NASA had been paying for seats on the Russian Soyuz rocket to maintain its presence on the International Space Station. This is not an ideal situation for the space program, because it is very expensive, and relying on another country's space program means matching their schedules rather than operating independently.

Related news
SpaceX is working with NASA to investigate the cause of the Crew Dragon explosion in its manned module
NASA's first trip to the International Space Station can take the SpaceX "special train"
The new coronavirus epidemic worsens NASA's efforts to ensure astronauts don't take the virus into space
NASA expects to send four astronauts to the space station by the end of August
SpaceX dragon 2 will be reused for NASA crew-2 mission
NASA and SpaceX make history
NASA astronauts revealed that they made a "prank call" after returning to earth on crew dragon
The historic SpaceX crew-1 launch will take place today with live video from NASA
Hot news this week
The news said that the Wi-Fi7 chip uses a 7/6nm process to stimulate QFN packaging and aging testing needs
The U.S. government is introducing new policies to attract international students in fields like science and technology
Bill Gates sends new year greetings: May the Year of the Tiger be healthy and productive
The U.S. Senate Committee passed the tech antitrust bill, and giants such as Apple and Google rose to the challenge
The American laboratory monkey is running on the way: local reminders do not close to have been euthanasia
Tour card brand upgrade: "Tour Card Top Tour" change "Tour Card Network" will create multi-scene cultural creative platform
In 2021, nearly 70 people were dismissed by the "Tencent High Pressure Line" and was transferred to the public security organ.
Microsoft announced a $68.7 billion cash deal to buy Activision Blizzard, the world's third-largest gaming company
World Bank president criticizes' Microsoft xbox $68.7bn acquisition of Activision Blizzard ': the money should be invested in the struggling economies of poor countries
The world's first Snapdragon 8 6-inch direct screen flagship is coming! Four-sided isometer one-handed operation artifact
The most popular news this week
7 years! The classic control panel doesn't die: Windows 11 takes another step back
Computers often fail to get the latest Windows patches found to find Microsoft's official explanation
Zhengzhou "picking stars" Xiaomi Wang Teng sunshine journey code: I am excited tears
2021Q4 China mobile phone shipments are coming: Honor is firmly in the first place
The U.S. Senate plans to introduce a new bill for Google's advertising technology business
A US appeals court has upheld a ruling that allows California to enforce Internet neutrality legislation
Britain granted us extradition of search giant Mike Lynch to face criminal charges over HP's acquisition of Autonomy
Sony's dark change of PS will be exempt from description Netizens speculate or be related to the PS version of XGP
You can all experience wearing a mask to unlock! Apple unveiled iOS 15 major updates quick upgrades
Changcheng, former vice president of Xiaomi after joining for two years, responded to his resignation: thank you mi