Tesla Berlin super factory is developing rapidly, and several buildings are under construction at the same time

Recently, a UAV video display. Tesla Berlin super factory is building several buildings at the same time, which is quite efficient.Many Tesla fans in Europe are paying attention to the Berlin plant because they will not be able to get model y until the new plant is built. Tesla Berlin aims to start production in July 2021, and in order to achieve this goal, Tesla must quickly complete the construction of the main buildings in the area. 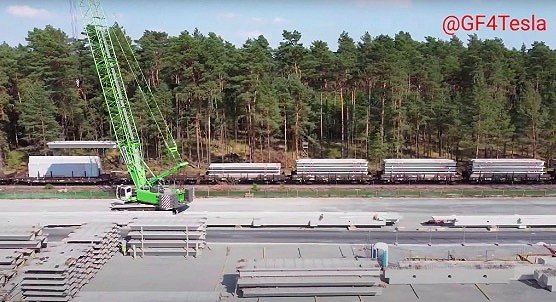 Last month, CEO Elon Musk said Tesla was using a planned approach to speed up the construction of the Berlin super plant.

A few weeks ago, the first wall of the first building appeared on the site.

Now, a new live UAV video shows that Tesla is building several buildings at the same time. The video shows steel beams rising in at least three buildings and walls in several parts.

Most interestingly, we see Tesla using the prefab method commonly used in architecture, and large parts have been made directly from trains on site.

Like the Shanghai superplant, Tesla expects to build the Berlin superplant in phases to start deploying capacity more quickly.

However, it looks like Tesla will have a lot of production space in the first phase.

Earlier this year, the automaker updated its plans and canceled a battery plant there, but last month a German official said Tesla would build a super factory in Berlin