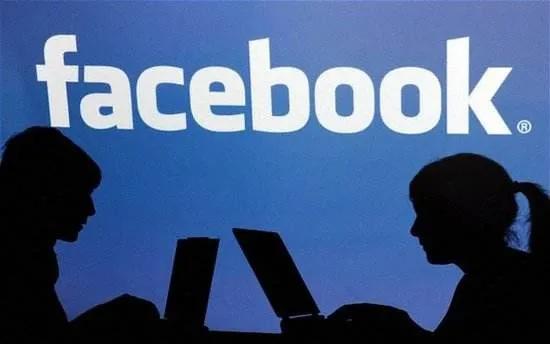 Recently, the tiktok incident has made a lot of noise. Facebook, which competes fiercely with tiktok, has also fallen into the vortex center of public opinion and has become the target of many Chinese netizens' crusade.

Facebook've had a tough time lately, despite the Tiktok connection. Recently, the American African-American man Freud died as a result of police brutality law enforcement, the United States burst into mass protests. Since then, US President Donald Trump has posted Facebook and Twitter, saying

Brand merchants have a keen sense of market smell, and they know Facebook

To make matters worse, Facebook has to deal with official antitrust questions from the United States. On July 30, the U.S. Congress held an antitrust hearing against the four technology giants Facebook, apple, Google and Amazon, questioning the four technology companies' use of their influence and background data to manipulate the market and implement monopoly. 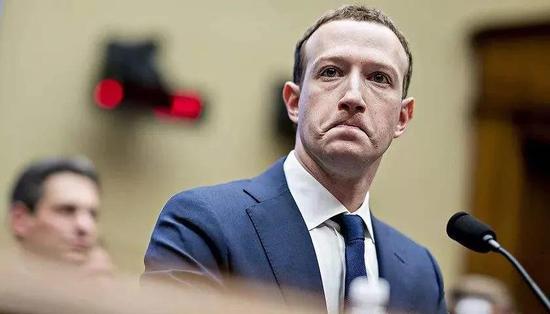 As one of the most successful social platforms in the world, more than 90% of Facebook's revenue comes from advertising. It can be said that advertising is Facebook's biggest cash cow. However, the recent escape of major advertisers and the fierce competition environment seem to shake the foundation of this cash cow. There are also pessimistic voices about Facebook in the market.

However, judging from the recent second quarter results released by Facebook, these people seem to be too pessimistic, because Facebook's advertising revenue did not fall but rose, and its net profit nearly doubled.

Facebook's report card exceeded the expectations of the capital market. Especially in the context of the termination of advertising by Unilever and Coca Cola, as well as the 32% year-on-year decline in GDP in the second quarter of the United States, its advertising revenue still achieved a substantial growth, which is indeed unexpected to many people. 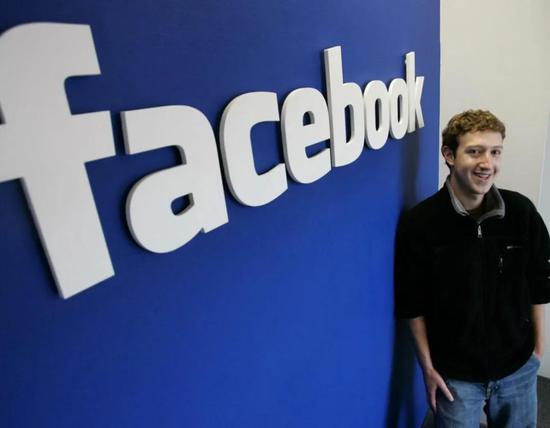 Why is Facebook confident and not worried about the advertising revenue that Facebook relies on to survive?

From two dimensions, the score is the number of advertisers and advertising space.

Actually, as the number of advertising customers continues to grow, Facebook's dependence on big customers is getting lower and lower. On the contrary, the cornerstone of its survival is actually small and medium-sized advertisers. Facebook said more than 9 million advertisers on the platform, most of them small businesses. Facebook chief operating officer sandberg also said in april, 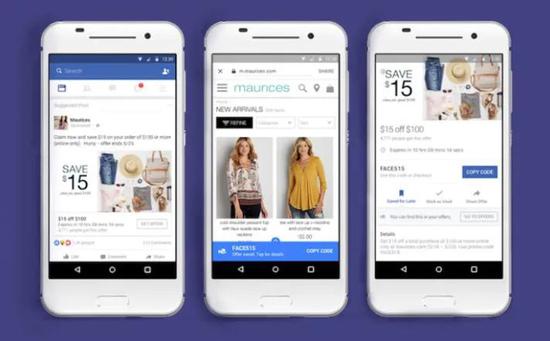 With Unilever, Coca-Cola and other major advertisers to stop advertising

For small and medium-sized enterprises, they sell products directly to consumers instead of using Facebook as a brand promotion channel like many big brands. For them, Facebook is their biggest and most important platform to obtain customers, and has become an indispensable part of their operation and sales. If they participate in the Facebook boycott, they will suffer more losses than large enterprises. Large enterprises will not be affected by the reduction of advertising budget. However, after the small and medium-sized enterprises reduce their advertising expenditure, they will inevitably lead to a substantial reduction in the number of customers and orders, thus bringing about operational risks, which they can not afford.

As a result, small and medium-sized enterprises, which contributed most of the advertising revenue to Facebook, did not join in resisting the flood of Facebook in the second quarter of this year, and even increased their advertising on Facebook due to the epidemic situation. This is also an important reason why Facebook is still very confident in the growth of its advertising revenue in the face of major advertisers stopping advertising. 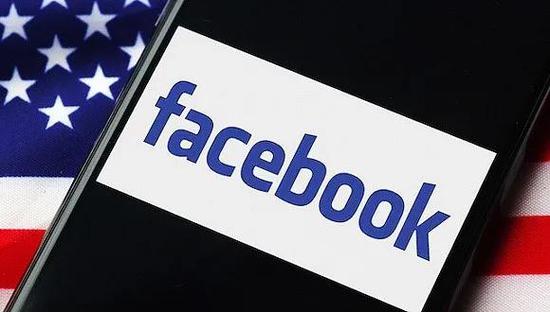 After the outbreak of the new crown epidemic, in March this year, Facebook announced a $100 million plan to support small businesses through grants. The grant was given to more than 30000 eligible small businesses in more than 30 countries around the world, equivalent to an average of US $3333 per business. Facebook says the money can help small businesses pay rent and operating costs, maintain labor and keep in touch with customers.

And then in May, Facebook moved into ecommerce, offering to help small businesses build online stores

Although businesses are allowed to open online stores for free, Facebook is still targeting advertising revenue. Zuckerberg said Facebook shops and other e-commerce products could help Facebook drive more advertising sales in the long run. In his view, the business model of Facebook shops is advertising. Because Facebook shops are valuable to small and medium-sized enterprises, they will be willing to pay higher prices for Facebook ads.

When it comes to advertising, you have to mention Facebook's business model. In the United States, the advertising business supports the development of Facebook and Google. But the two advertising models are quite different. Google's advertising features are the keywords of search engines, so Google mainly adopts keyword advertising mode, which can meet the specific needs of users. When users search on Google and want to buy products or services, they are purposeful. At this time, Google only needs to implant advertising in the process to earn revenue. 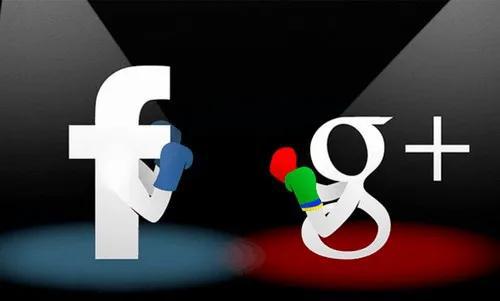 By contrast, the Facebook advertising model does not meet the specific needs of users. Since the biggest attribute of Facebook itself is still social, many Facebook users themselves do not have a strong purchase intention, circle is Facebook biggest platform feature. many Facebook advertisers tap the needs of potential target groups by judging the attributes of the user's age, gender, occupation, etc. As a result, the Facebook uses an older advertising model

Compared with Google's keyword advertising, Facebook's advertising model is inferior. This is because, on the one hand, the display advertising for crowd orientation makes the user experience of Facebook even worse, so it has a lower effect on revenue generation. Around 2012, some business people estimated that Google's search revenue per page was 100-200 times that of Facebook, and the gap between the two revenue generating capabilities was very large.

Facebook, on the other hand, if we want to increase advertising revenue as much as possible, we need to have more advertising space to display specific advertisements. Since the Facebook is dominated by information flow, however, with the exception of banner banner ads, the ability to insert two or three ads in every ten streams of information is already the limit. As a result, around 2017, Facebook in the early rapid development, advertising growth began to decline. Many questioned the Facebook's greatest danger at the time was that the advertising space was on the ceiling Facebook shouted out

From a certain point of view, Facebook income generation, growth logic is to develop new functions, new applications, thereby increasing advertising space. For example, in May this year, the advertising space may be in Instagram、Whatsapp、Messenger and other existing applications, such as its launch for small and medium-sized enterprises

Therefore, another important reason for the increase of Facebook's advertising revenue in the second quarter of this year is that it increased 20% of its advertising revenue year-on-year, thus resisting the real crisis of big advertisers' resistance and economic downturn.

Although Facebook's advertising revenue did well in the second quarter of this year, many people still believe that Facebook will continue to be under pressure in the next two quarters of this year.

At present, some Facebook advertisers resistance voice is very firm. Coca-Cola said it will resume the use of YouTube and Microsoft LinkedIn from August 1, but will continue to suspend advertising on Facebook、Instagram and Twitter. Ben owned by Unileve

But at the same time, some companies are back in the arms of Facebook after a boycott. Puma, for example, said it had resumed advertising on Facebook from August 1 and said the boycott had forced direct and positive discussions on Facebook. In addition, companies like vans and Heineken said they would stop boycotts and continue to advertise on Facebook.

Faced with one side of the still firm advertisers, the other side gradually relaxed advertisers, Facebook performance is very strong. Zuckerberg said,

This confidence may be due to Facebook's previous experience and experience. Facebook has been beset by scandals for the past two and a half years, but its advertising revenue has been rising.

According to a report published by the New York Times and Observer on March 17,2018, more than 50 million user information data were Facebook by a company called 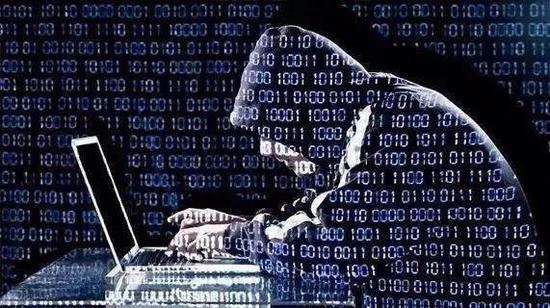 However, the apology did not save Facebook much of its reputation. At that time, an online survey found that only 41% of Americans believed that Facebook would comply with the personal information protection law, 66% in Amazon, 62% in Google and 60% in Microsoft. It can be said that the trust crisis of Facebook reached its peak. After the Cambridge analysis of the scandal, Facebook's trust storm continues, and problems such as election error information and security loopholes have emerged one after another.

However, none of these disturbances has hindered Facebook's growth, and advertisers are still unable to leave Facebook. Facebook's advertising revenue has been growing steadily in the past two years, and exceeded $20 billion in the fourth quarter of last year. In addition, Facebook's advertising revenue in the fourth quarter of each year will reach the peak of the whole year. This is because advertising is a business with seasonal regularity. Due to various factors such as dense holidays, the end of each year is the peak season for advertising. 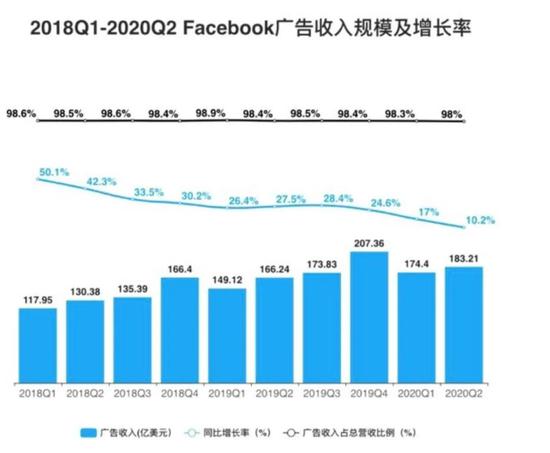 So mr zagberg's claim that all of these advertisers will soon return to the Facebook stems from the fact that Facebook advertisers have never left too long and Facebook advertising revenue has been rising in the past two years despite scandals. And, on the other hand, the announcement that most of the brands boycotting Facebook are fast-moving, and that ending advertising in July may be less risky for those brands, but by the end of the fourth quarter of the year, those brands may be expected

The same has happened to YouTube before. Many advertisers are very disgusted with the extreme content on the platform, but before long these advertisers quietly returned to the platform. Goldman's Bellini predicts that advertisers in the Facebook event will repeat history again.

Although in the short term, Facebook doesn't seem to face too much advertising revenue crisis, and the money tree won't shake too much, Facebook still faces some risks in the long run.

Secondly, in my opinion, Facebook biggest crisis is actually 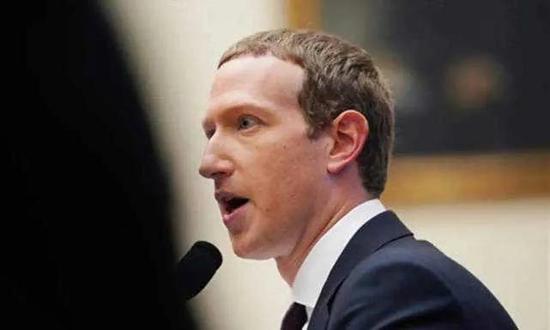 In fact, when enterprises earn social wealth and develop to a larger scale, they will inevitably undertake greater social obligations, rather than just a money making machine. What's more, Facebook is the world's largest social media platform, and its survival is based on responsibility and trust. If Facebook loses the trust of its users, it is only a step away from destruction, not to mention making huge profits through advertising.

So far, in the advertising war between Facebook and advertisers, Facebook is not at a disadvantage. Instead, its revenue is rising and its wallet is bulging. Of course, that doesn't mean it's a complete victory. If it still focuses on short-term income, rather than on long-term, survival responsibility and construction, then it is only a matter of time before it goes downhill.