According to the China Aerospace Science and industry group, recently,

The mass of laser communication load is 6.5 kg, and the power consumption is 80 W The Space-based Internet of things 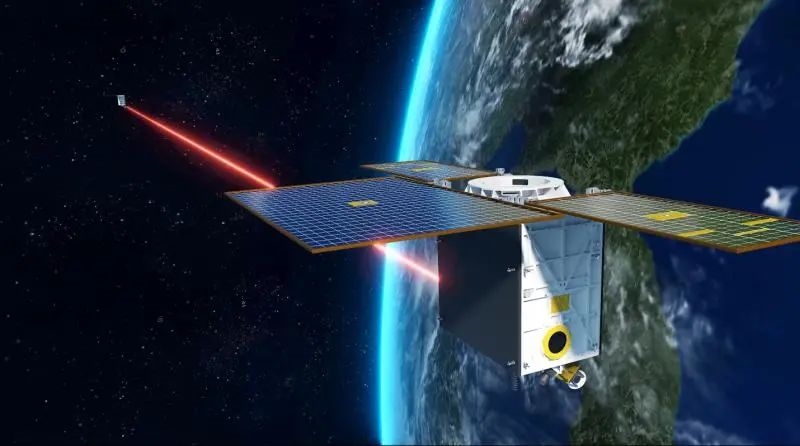 Simulation of laser communication of xingyun-2 satellites 01 and 02

It is reported that inter satellite laser communication is a kind of communication mode that uses laser beam as carrier to transmit image, voice, signal and other information in spaceHigh transmission rate, strong anti-interference ability, small terminal size, light weight and low power consumptionIt can greatly reduce the dependence of satellite constellation system on the ground network, so as to reduce the construction quantity and construction cost of ground gateway stations,Expand the coverage area and realize global measurement and control.

At present, inter satellite laser link technology has become a key technology in the development of global satellite communication system.

According to the public information, the global LEO constellation project,Only Starlink constellation and Leo sat constellation in the United States have put forward the plan of using inter satellite laser link to realize space networking.