Not long ago, a group purchase of Tesla Model 3 electric vehicles appeared on pinduoduo, which is more than 20000 yuan cheaper than the official website.But Tesla said today it would not deliver the vehiclesIn response to this, pinduoduo said that consumers purchase cars without malice and support the protection of their rights according to law.

In July of this year, there was a group buying activity of model 3 in pinduoduo. The group purchase price of 10000 people was 251800 yuan,It is nearly 20000 yuan cheaper than the guidance price of Tesla's official website, and 2715500 yuan after the subsidy on the official website。 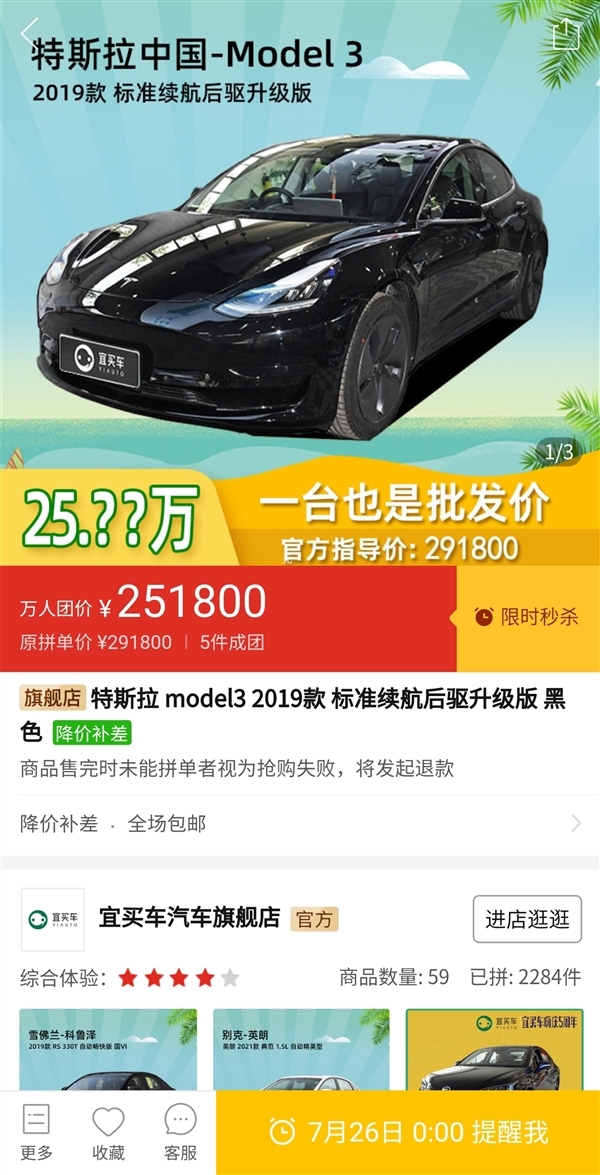 Shortly after the event was launched, Tesla issued a statement,He said that he did not cooperate with yibuyao or pinduoduo in this group buying activityWe have not engaged in any form of entrusted sales service with yimaiche or pinduoduo, nor have we sold any vehicles produced by our company to Yimai or pinduoduo in connection with the group purchase.

Then pinduoduo confirmed that the car was genuine Tesla, and the subsidy was true.

On August 14, a message came out from the Internet that Tesla refused to deliver the group purchase model 3,The reason is that there is no resale clause in Tesla Auto's order termsTesla will cancel the order in accordance with the terms of the contract. And advised the Wuhan car owner to place an order through Tesla official channel.