After wechat and tiktok, will the United States attack Ali again?

According to US media CNN reported on the 13th, Alibaba may be the next target of Trump's technology war after tiktok and wechat.

Netizens make complaints about it.

CNN said in the article:

Unlike byte hop and Huawei, the first two companies currently have a large market in international business, but Alibaba has not expanded much in the western world. But as China's largest Internet company alone, this is enough to be on the trump administration's blacklist.

And this speculation is not groundless. 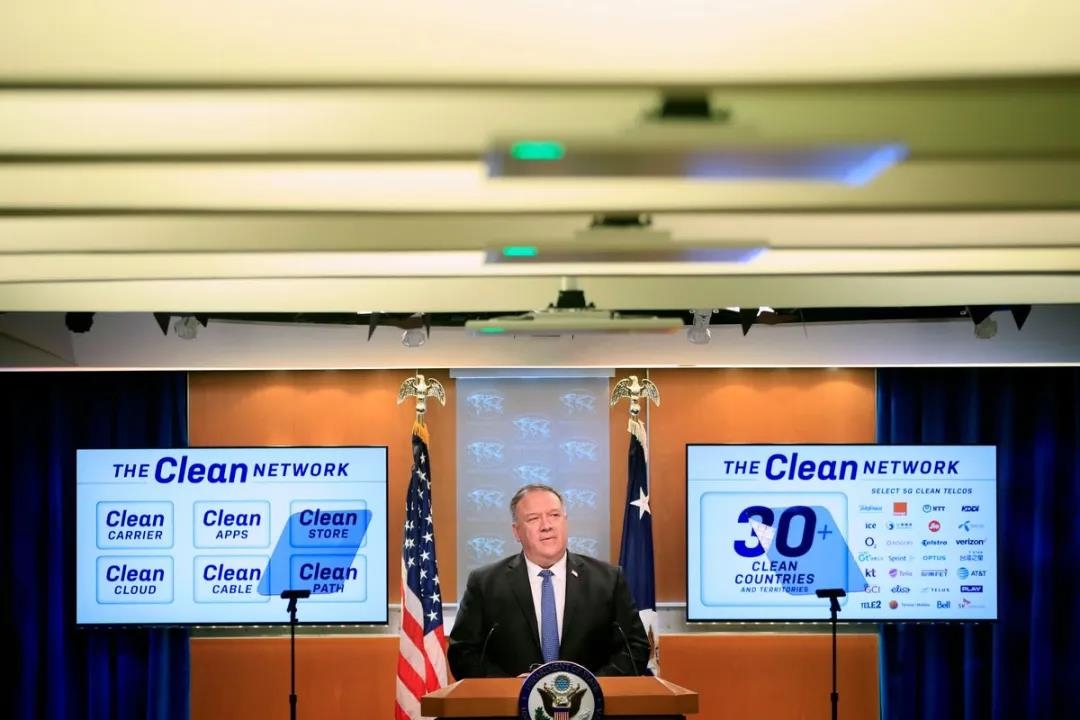 In the five specific measures of the plan, operators and their equipment, app store, app, cloud infrastructure and submarine cable are involved respectively.

It should be noted that 80% of Alibaba's total revenue of $73.5 billion in the whole year comes from the Chinese market, while the wholesale and retail sales in the international market only account for 7% of the company's revenue, and even Alibaba's global cloud services only account for 10% of the annual revenue. 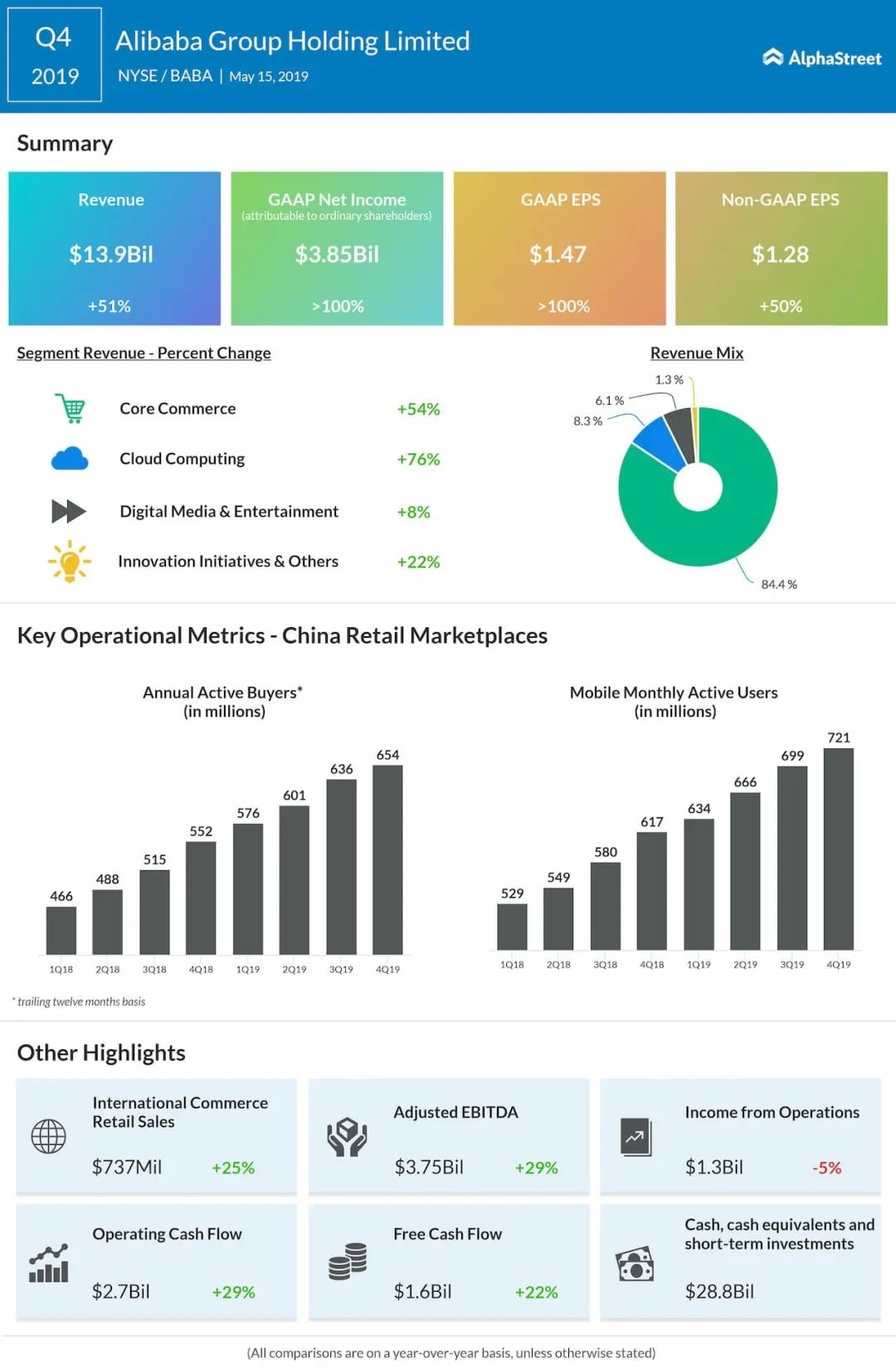 But CNN pointed out that:

At present, Alibaba cloud has the largest market share in China. In fiscal year 2020, the sales volume exceeded 40 billion yuan, 62% higher than that of the previous year's 24.7 billion yuan. The revenue increased 31 times in six years, and the valuation of Alibaba cloud rose to 77 billion US dollars. 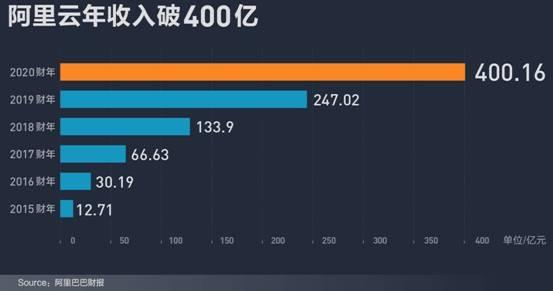 Of course, Alibaba cloud not only develops in China, but also has established data centers in many regions of the world, directly competing with Amazon AWS, Microsoft azure, and Google cloud. Therefore, the U.S. crackdown on Alibaba can not only directly hit China's economy, but also hit China's cloud business, clearing the way for the development of American enterprises.

In this way, the intention of the United States is also Sima Zhao's heart. Everyone knows it.

However, some netizens speculated that this big probability is impossible. After all, Ma Yun's father and trump have a long history.

After trump was elected in 2016, Ma Yun was the first Chinese to be interviewed by him, and at the trump building meeting, he immediately promised to create 1 million jobs for the United States in the future. 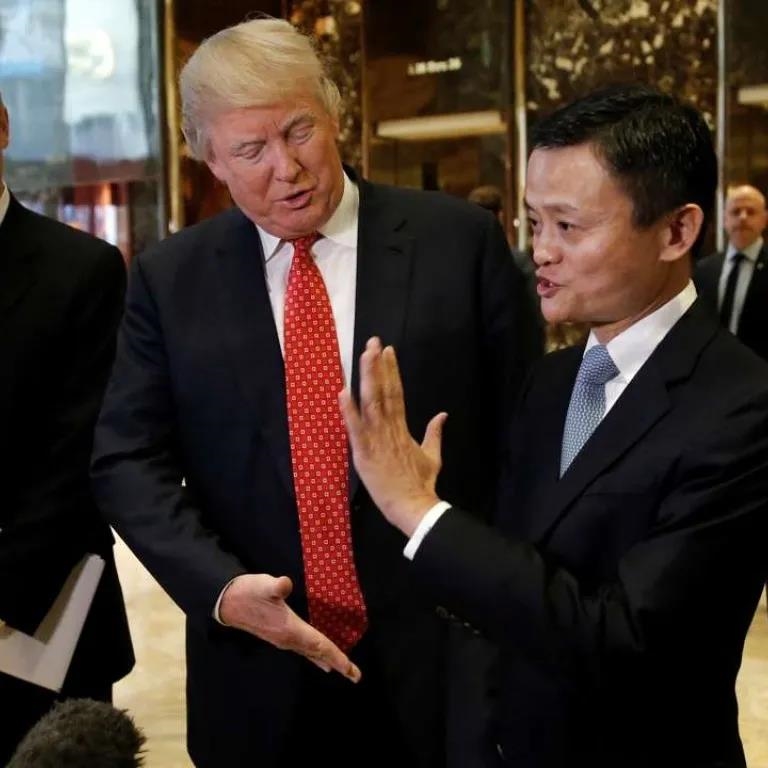 In this year's epidemic, Ma Yun's father is still generous, donating thousands of ventilators to the United States. Trump also talked about Ma Yun's donation of the ventilator in a press conference, and said that Ma Yun is a good friend of his own and is grateful for his donation.

In a word, in the face of the game between big powers, no enterprise can be alone.

It's not easy to ban Chinese companies in the United States

CNN also analyzed that: in the science and technology war favored by trump, American enterprises are also difficult.

According to Guo Mingji, an analyst at Tianfeng international securities in Hong Kong, Apple may be forced to remove wechat from the global app store due to the ban on business dealings between apple and wechat. However, due to the lack of a clear definition of the scope of blocking, it is also possible that the US government only requires apple to remove wechat from the US app store. 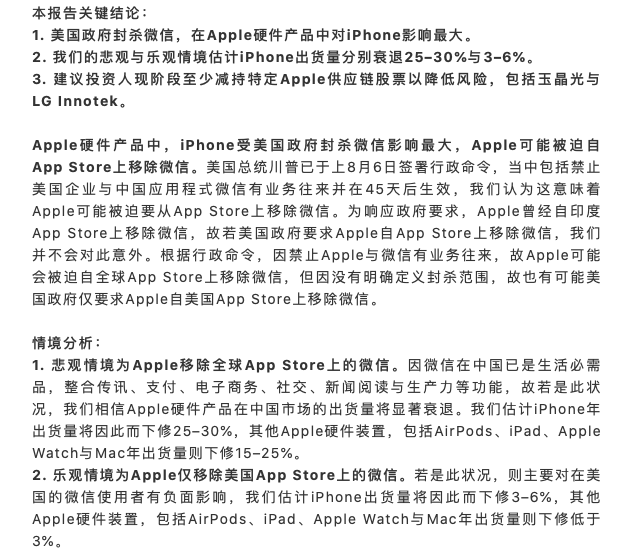 In both cases, apple is inevitably affected:

Apple is the first to be affected.

In a question of choosing between wechat and apple mobile phone, the voting results showed that among the 200000 people who participated in the voting, in addition to 39% of the users who used Android phones, more than 90% of the remaining 60% of the users who used Apple mobile phones said that they would choose to use wechat instead of iPhone. However, in the user survey, most users also choose to change their mobile phones. It can be seen that most people can give up using apple phones, but they can't give up using wechat. 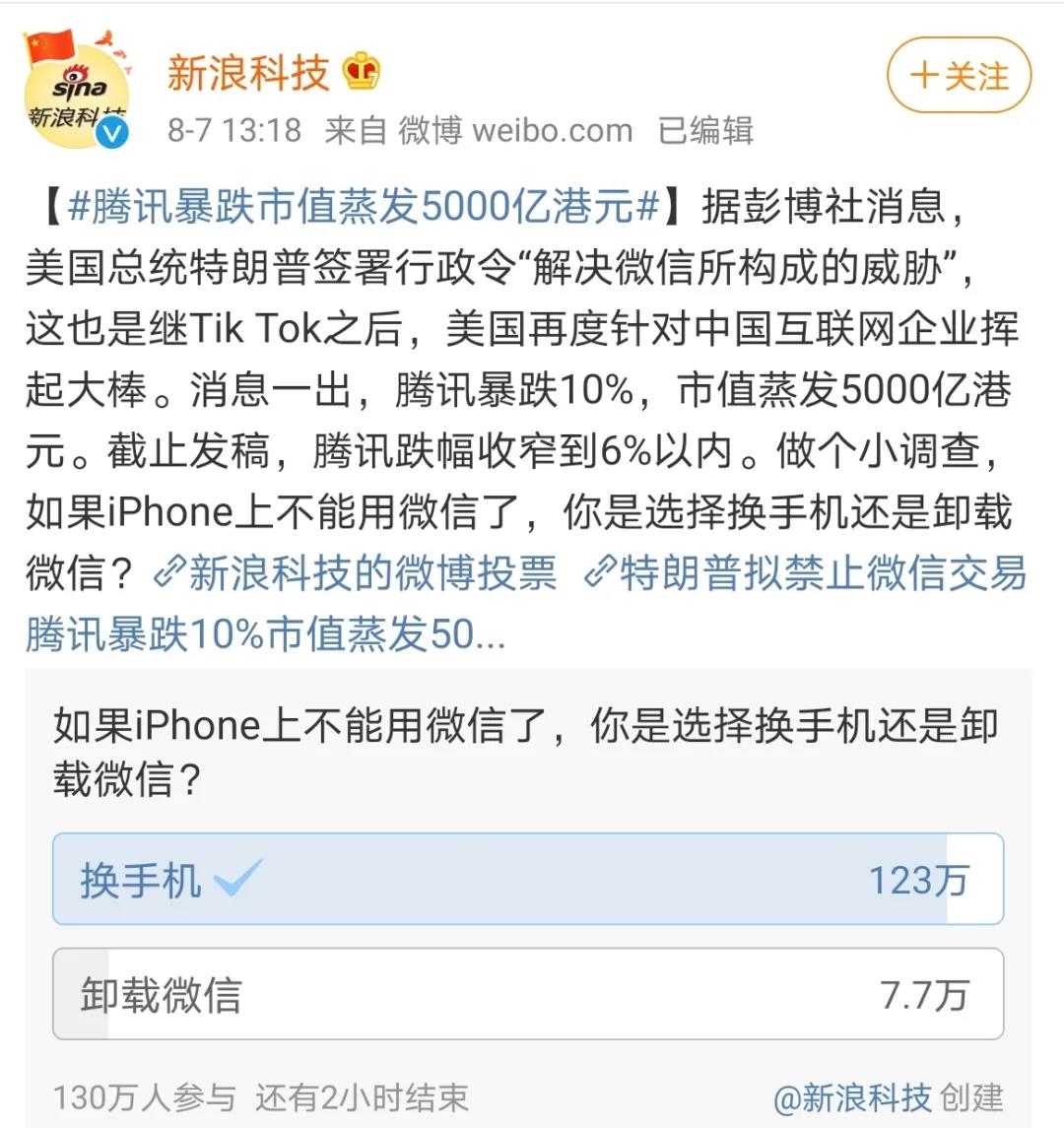 For apple, the impact is self-evident.

In addition, the ban has aroused opposition from the vast majority of American technology giants. The Wall Street Journal reported on August 13 that some U.S. companies associated with China are boycotting Trump's government's plan to restrict trading with wechat, which they say may undermine their competitiveness in the world's second largest economy.

Among them, there are many American giants such as apple, Ford, Wal Mart, Intel, UPS, Goldman Sachs and Disney.

As the Beijing News commented:

With the irreversible trend of globalization, the relationship between countries and companies is becoming increasingly close. Both prosperity and loss are becoming the mainstream of development.

Interestingly, however, after Trump's executive order against wechat, the number of wechat downloads in the United States has increased by 41% in the past six days, according to sensor tower.

This is probably the most obvious response to the trump ban.

If the conjecture is true, what will Ali do?

Whether this is true or not, it is a wake-up call for all Chinese enterprises going to sea. We must be ready to meet the challenge and fight back.

On Ali's challenge, netizens also gave a series of solutions.

According to the conjecture above, if Alibaba is suppressed, its cloud services will have the deepest impact on Alibaba. Because the server chips on Alibaba cloud are basically from Intel, AMD and NVIDIA, the software is mainly self-developed and open-source, and some of them are American commercial software.

Therefore, for Ali, Zhihu netizens said that in the future, we should focus on the following aspects: 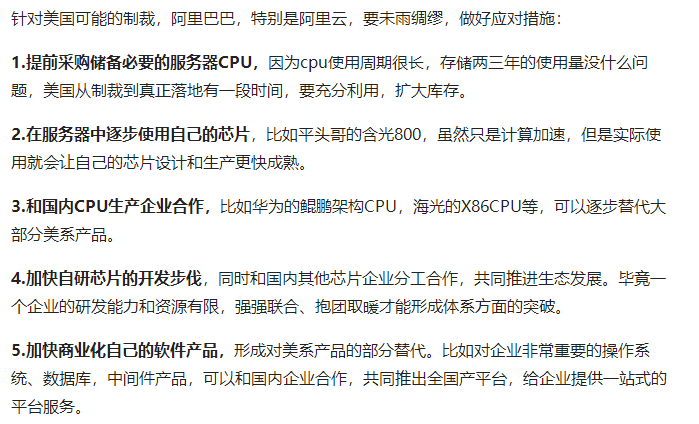 Of course, in today's deep economic ties between China and the United States, Trump's so-called exclusion of Chinese enterprises from the United States can only be a kind of profit and loss behavior that hurts the enemy 1000 and loses 800.