Perhaps after hearing Microsoft's complaint, the U.S. government has extended the time limit to ban tiktok.

According to US media reports, the US President issued an executive order on Friday, which will force byte hop to sell or spin off its US tiktok business within 90 days on the grounds that tiktok may take a threat to damage us national security.

According to the report,The executive order is tantamount to buying time for byte hopping to sort out potential deals to spin off tiktok's US business. According to the latest command, byte skipping is expected to destroy all copies of tiktok data attached to U.S. users and notify the U.S. Commission on foreign investment (CFIUS) after all data has been destroyed.

Before that, Microsoft confirmed that it had negotiated with byte hop to acquire its businesses in the United States, Canada, Australia and New Zealand. The company is seen as a leading bidder and the deal is estimated to be between $10 billion and $30 billion.

Previously, relevant people have said that in order to avoid tiktok service interruption, Microsoft may have to rely on byte hopping code in the evaluation and design of code, and transfer to the new background infrastructure to serve users. If, after the sale of tiktok, the service is still at the technical and operational levels, any dependence on byte jitter will be unacceptable to CFIUS.

Another challenge Microsoft faces is how to transfer TikTok secret weapon, the content recommendation algorithm. And this algorithm supports TikTok 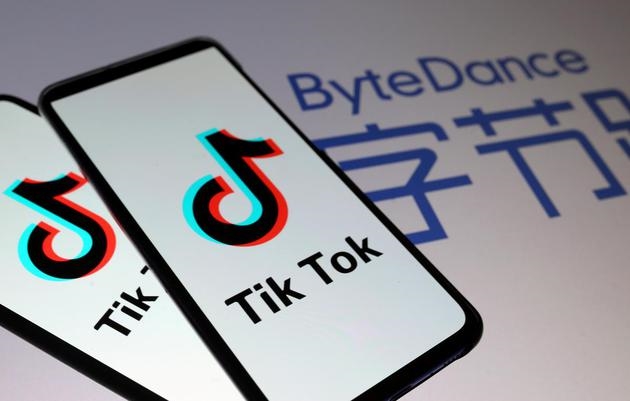 Related news
Intel plans to be a strong gold medal U series up to 24 cores
Detailed specification of AMD Ruilong 4000U, Sulong 3000u and Ruilong 4000H: eight core pressure to 15W
U. S. cellular will use Samsung devices to promote 4G LTE and 5g networks
5g mobile phone "nuclear bomb" attack glory 30s first evaluation: in depth decryption of a generation of God u Kirin 820
Lenovo Science Popularization: what is the strong performance of r5-4600u / r7-4800u?
Lenovo Science Popularization: where is the strong performance of Reebok 54600u / Reebok 74800u?
Microstar releases new game desktop: top 10 generation 10 core U RTX 2080S.
U. S. cellular starts 5g millimeter wave deployment with Nokia and Ericsson
Hot news this week
AMD is licensed to continue to supply Huawei? Don't be happy too soon
Tencent responded to the Commerce Department's decision to continue communicating with the U.S. government for a long-term solution
Us chip giant obtains supply license to Huawei: will abide by US law 100%
IPhone 12 pro's latest HD shape exposure: industrial design and color matching changed
PS5、Xbox have cancelled the optical drive! Will the game disc die
As early as this Sunday, the US Department of Commerce banned the distribution of tiktok and wechat apps in US regional app stores
Huawei Chinese Academy of Sciences key EUV lithography machine? ASML Chinese Engineer: Arabian Nights
Tvos 14 still doesn't support 4K youtube, and users are confused
Apple didn't release the iPhone 12. Why isn't there a new iPhone for the first time in eight years? The reason has finally been found
Does Huawei's mobile phone price rise? We found the answer in Shenzhen Huaqiangbei
The most popular news this week
proud! Chinese satellite a-xing-1 is printed with foreign currency
Huawei releases adn solution for enterprises to make intelligent connection accessible
Domestic Android phone market share ranking in August 2020
The third generation folding screen Samsung Galaxy Z fold25g first sale: 16999 yuan
Samsung pay launched a unique feature in Germany: it can be used to link to any bank account in the country
5g enables thousands of industries, and the wave of innovation benefits the world
"Hua Mulan" is popular in the United States and "Chang'e" theme film is released on October 23
2G out of network has potential of 200 million users
Washington Post: Apple watch series 6 oximeter "almost useless"
red and black belief lamp = game book? Talk about ten generations of Core in the high value of the game book