If arm is acquired, NVIDIA will become the new overlord in the chip industry 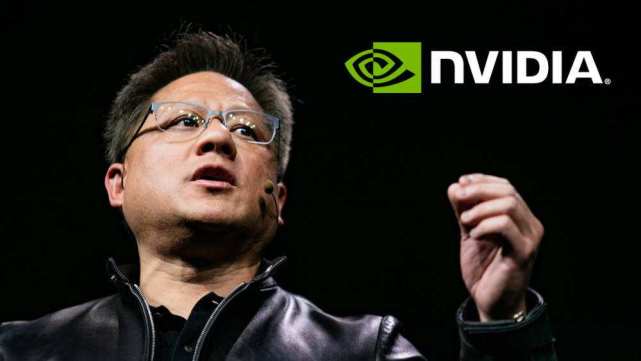 Tencent technology news, August 21 News, according to media reports, NVIDIA has become the most valuable chip manufacturer in the world, surpassing Intel. If arm is acquired, it will further consolidate its leading position in the chip market.

This week, NVIDIA, which recently surpassed Intel as the world's most valuable chipmaker, announced a blowout of quarterly earnings. Huang Renxun, the founder and CEO of the company, used this opportunity to elaborate on the company's vision for the future.

In sharp contrast, Intel is trying to revive its declining share price by accelerating the buyback of $10 billion worth of shares. As a sign of confidence in its continued mass production of cash, the buyback is undoubtedly strong: it is equivalent to the total free cash flow created by NVIDIA over the past three years. But Intel's move cannot hide the fact that its manufacturing process is in trouble.

This failure has left a big problem for Intel to go in the future and whether it can continue to occupy a leading position in the field of chip manufacturing. But when NVIDIA stretches out and looks at the landscape in front of him, what will become of this new king?

NVIDIA (21) has initially moved its GPU from the PC to the game center in the past. In the application scenario of data center, the parallel processing ability of GPU makes it the main engine for training data intensive tasks such as artificial intelligence system. If the acquisition of Softbank's chip design company arm, NVIDIA is expected to consolidate its position, while emerging in some of the largest chip markets.

Mr Wong said the data center would be new

At the same time, arm's years of design to catch up with Intel in terms of CPU business in data centers finally paid off. One sign is that Amazon, the largest provider of cloud computing infrastructure, is now designing its own arm based server chip, called graviton chip.

Once it has all the chip intellectual property rights that power large data centers, NVIDIA will have an advantage that Intel can't match. But it is not clear whether an acquisition is necessary: NVIDIA can and has obtained a license from arm. The acquisition is likely to infuriate other companies in the industry and trigger unpredictable competitive reactions.

If an acquisition agreement is reached, NVIDIA can not only sell its own chips, but also obtain the basic intellectual property licenses required by other companies, including competitors, to manufacture their own chips.

The chip industry already has such a company. Qualcomm, which invented mobile communications technology, has long been attacked by some of its biggest customers and competitors because it maximizes revenue by selling licensing and its own chips. A U.S. court of appeal last week overturned the Federal Trade Commission's antitrust case against Qualcomm, ruling that the company's business practices were

A possible ARM acquisition may be driven mainly by Nvidia's ambition to plough the data center, but it can also open up wider prospects for Nvidia. Nvidia is also active in other artificial intelligence markets such as robots and self-driving cars. And the acquisition ARM will also give Nvidia its first entry

Softbank's sale of arm will also have unpredictable consequences. Apple had a long lawsuit with Qualcomm before settling last year. Apple is one of the big arm customers that NVIDIA needs to reach a consensus. The company has also applied ARM Technology in high-end smart phone chipsets.

There is no direct competition between these companies and NVIDIA, so there is no problem in applying for authorization from NVIDIA. But if NVIDIA eventually buys arm for more than $32 billion, it will have a strong incentive to maximize licensing revenue.

Behind the scenes, there is always a lingering question: in the process of conquering the new chip market, what is the next goal of NVIDIA, which has been inspired recently? (Tencent technology reviser / Jiao Han)

Related news
NVIDIA is considering buying arm? What an abacus!
Mellanox merge completed: NVIDIA network card is right!
The largest acquisition of NVIDIA in the history of semiconductor, merging arm: becoming a super giant
NVIDIA's $40 billion arm: what on earth?
Academician Ni Guangnan: China may veto NVIDIA's acquisition of arm!
NVIDIA and arm's major M & a deal will transform the chip industry
NVIDIA acquired arm top mobile chip manufacturer "defection" to ris-v
Britain initially rejected NVIDIA's acquisition of arm: merger stifles innovation
Hot news this week
The developer of the dating app Tinder has reached an agreement with Google over billing rules for its app store
Still did it! Canada has banned Huawei and ZTE from participating in the country's 5G network on "national security" grounds
Red Elf Lightning erupts in the Himalayas Spectacular Spectacle: Experts Reveal What Exactly Is This?
Shipments in the first quarter fell 11%, exposed Xiaomi, OPPO, Vivo cut orders 20%, Apple bucked the trend to increase production
The founder of the Internet Quick Hand Su Hua was taken away for investigation, and the fast hand responded: the news was not true
Wang Xiang, president of Xiaomi, explained that a shortage of low-end chips is a major challenge in overseas markets
Tencent Q1: The business service business has "slightly decreased" year -on -year, and resource centralized video cloud and network security | View financial report
One picture to understand! Blue Factory has issued 3 new machines in a row: self-developed chip blessing, the narrowest lower border
Or for Studio Display Pro, the release of Apple's 27-inch Mini LED-backlit Display has been delayed by October
Sony released the active noise-canceling headphones WH-1000XM5, equipped with 2 chips and 8 microphones
The most popular news this week
Amazon's new CEO participated in a shareholders' meeting for the first time: to restore normal profit, ready to cut off the excess warehouse
Baidu, Shunwei and Fosun are shareholders, and pharmaceutical Internet "unicorn" pharmacists help hand over the watch to the Hong Kong Stock Exchange
Google CEO Pichai: Recession fears intensify The cycle volatility in the tech industry is even more intense
Amazon CEO first appeared at the shareholders' meeting: to restore normal profit
Sony claims that the full recovery of membership upgrade fees is a technical error
Taobao 618 will be launched in the Yuan universe shopping: three -dimensional "shopping Taobao"
Yuncong will be listed on the Science and Technology Innovation Board on May 27 at 15.37 yuan per share
The amount refunded by the game company to the minor recharge should not be "discounted"
Regulatory Shot! Behind the app downtime of many securities institutions: how to break the digital transformation of securities companies
Apple iOS 15 Maps began offering AR walking navigation in Tokyo, Japan