Get rid of the fog of the second listing: B station pinduoduo can not go home for a yea 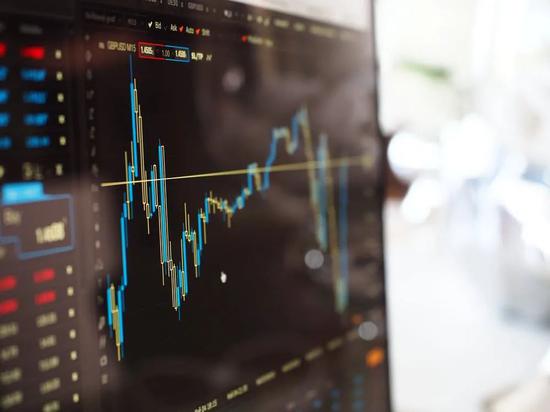 For reasons such as confidentiality of information, most companies are usually limited to market rumors about secondary listings

Which enterprises will be listed twice? When is the second listing? This has become the most concerned market, but it is difficult to find the exact answer.

Therefore, from the Hong Kong Stock Exchange rules on secondary listing, combined with the current market value, performance, can lock in the scope of enterprises eligible for secondary listing

Detailed reading of the rules: it has been listed for two complete accounting years, and its market value and revenue have reached a certain scale

In the process of carrying out the reform, the Hong Kong Stock Exchange naturally makes its own calculations. What it needs is a relatively large volume of high-quality Chinese capital stocks which are popular with investors. Therefore, from the three dimensions of enterprise type, market value and revenue, the Hong Kong Stock Exchange has set a certain threshold for the secondary listing of enterprises

Eligible issuer must be eligible

Qualified issuers must have been listed on a qualified exchange and have maintained good compliance records for at least two complete accounting years;

Of the three rules, the

Based on the current market perception, it can be argued that, 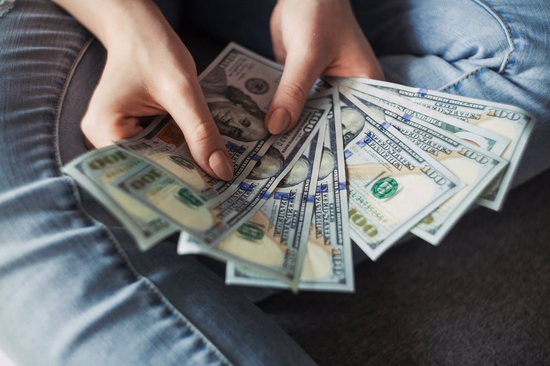 In addition, several other rules proposed by the Hong Kong stock exchange are precise quantitative criteria, which are the most important qualification for determining whether China capital shares are eligible for listing in Hong Kong.

There are two key words in the second rule, one is

A qualified exchange refers to the New York Stock Exchange, the Nasdaq stock market or the main market of the London Stock Exchange. Almost all Chinese stocks meet this requirement.

The third rule is based entirely on the market value and revenue scale of enterprises. Only enterprises with the scale up to the standard can have the key to open up the Hong Kong stock market.

Baidu and New Oriental meet the requirements, iqiyi and station B are not expected to be listed again this year

According to the above three rules, we can roughly sort out the list of qualified secondary listing.

Of the existing stocks in the U.S. market, the market value is more than HK $40 billion ($5.16 billion), attributable to

Some of these enterprises have clearly sent their intention of going to Hong Kong for secondary listing.

For example, at the third session of the 13th CPPCC National Committee in May, Baidu Chairman Li Yanhong said in accepting the video link,

Ctrip, another well-known company, is also one of the enterprises in line with the secondary listing rules of the Hong Kong stock exchange. However, Ctrip does not seem to want to do so. According to foreign media reports, it is planning to delist from Nasdaq to prepare for re listing in Hong Kong. 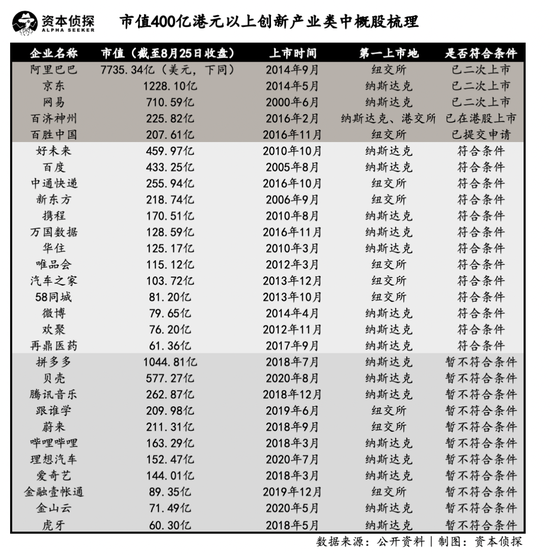 According to the data released by snowball, the six most expected companies to return to Hong Kong in the second half of 2020 are BiliBili Bili, pinduoduo, tal, New Oriental, Weilai and Tencent music.

But the good news will not come too soon, in this list, beep, pinduoduo, Wei Lai, Tencent music four companies actually do not have the conditions to return to Hong Kong in the year. All four listed in 2018 to meet the HKEx 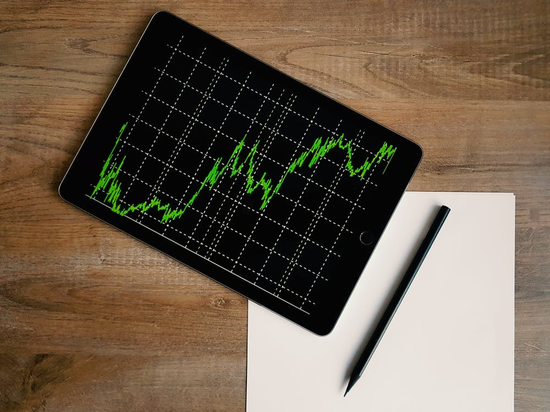 In fact, the threshold set by the Hong Kong stock exchange is not high. "Capital detective" has found that in the US stock market, there are about 19 Enterprises with a market value of more than HK $10 billion and innovative industries. With the exception of two biomedical enterprises, the annual revenue of other enterprises in 2019 is higher than HK $1 billion.

Among the enterprises that meet the requirements, Baishi group, Lexin, baozun e-commerce, etc. have recently spread relevant news. Among them, baozun e-commerce, an e-commerce agent, may be the earliest to ring the bell in Hong Kong. According to Tencent securities, baozun e-commerce may go to Hong Kong for a second listing in September, and has selected a cooperative bank. At present, it is cooperating with Citigroup, Zhaoyin international and Credit Suisse Group on listing transactions, with a financing amount of US $500 million. 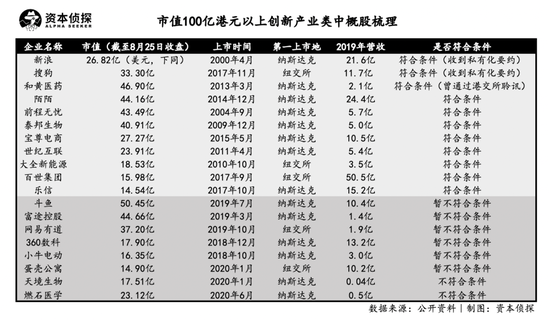 The future of IPO of new economy company

Among the above listed companies that are in line with the secondary listing rules of the Hong Kong stock exchange, some enterprises are going against the trend of secondary listing, showing a tendency of privatization. For example, Sina announced in July that it had received the preliminary non binding privatization proposal. In the same month, Sogou announced that it had received Tencent's privatization offer. According to market news, Ctrip also has the possibility of delisting from US stocks.

Therefore, to a certain extent, the purpose and significance of the secondary listing or privatization of China capital stock are the same. But on the practical level, these two ways are still very different.

Secondary listing is an expansion of the existing financing channels, and the operation is more concise and fast. Companies applying for secondary listing can directly adopt American accounting standards to prepare financial statements, without the need to re prepare financial statements in accordance with Hong Kong / international financial reporting standards, which saves a lot of energy for enterprises. Moreover, the second listed enterprises can apply for exemption from disclosing some financial information.

From the cases of Alibaba, Netease and Jingdong, the whole operation time of secondary listing of China capital stock in Hong Kong is relatively short. In other words, as long as the enterprises meet the requirements of the HKEx, it is not difficult to operate the secondary listing in Hong Kong and the time cycle is not long.

The first delisting and then returning to China for re listing requires enterprises to complete privatization first, and then to comply with the general listing rules and re apply for listing according to the prescribed process. Among them, the delisting cost of privatization is high, and the financial statements need to be re prepared according to the requirements of the exchange when re listing. In terms of application process and information disclosure, more specific requirements need to be met. Therefore, there is great uncertainty in time. 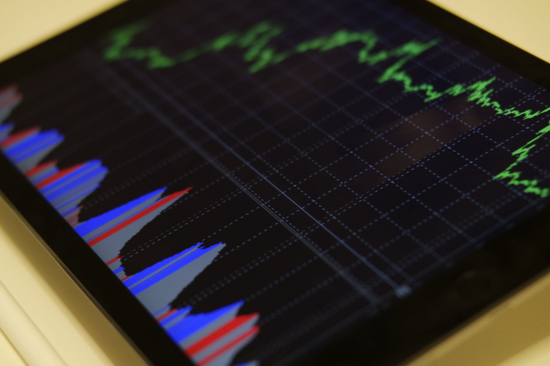 Although it is more difficult to operate, privatization is a way for some companies that are in cold weather in US stocks to return to the capital market of their home countries. For the secondary listed companies, the Hong Kong stock market is only a supplement, and the US stock market is the main place of stock circulation, which plays a leading role in the determination of enterprise value. For many Chinese capital stocks which are not favored by American stock investors and have been undervalued for a long time, the significance of secondary listing is limited.

On the other hand, after the registration system was opened on the science and technology innovation board and the growth enterprise market, new economy enterprises that were once blocked by the A-share market due to profit problems and ownership structure problems also have the opportunity to land on a shares. The overvalued value of A-share market is full of temptation for China capital stock market, but to return to A-share listing, China capital stock must go through the path of privatization delisting and then re listing.

No matter how the stock market chooses, a clear direction is

Ant group is the first unicorn to choose to be listed on both Hong Kong and a shares at the same time. However, after this prelude, there will be many followers. The relationship between Chinese enterprises and the capital market of home country is deepening day by day. The direction of the tide has changed.

Related news
Stop thinking of station B as "YouTube"
Pinduoduo, B station with flying, Shanghai Internet finally to rise?
Steamed a B station overnight, pinduoduo multimodal GMV thunderstorm
Station B jumps out of copyright competition game
Is the lawsuit of infringing video, why does station B lose and win?
Station B is breathtakingly stupid
Get back your EX spell
Hot news this week
The first in the world! Intelligent screening system for visual impairment of infants and young children
World's first: Sun Yat-sen University has developed a mobile phone intelligent screening system for infants with visual impairment
Sources said Samsung Electronics is considering cutting chip production in the first quarter or a huge loss
The source code of the official website shows that the Microsoft Build 2023 developer Conference will be held on May 23-25.
The rendered picture of Meizu experience Center is exposed: there are cars and mobile phones to build 1000 stores.
At least 29000 facilities were affected, and WeiUnicom announced that there were serious loopholes in QTS and QuTS hero.
256G is not enough! Bloggers bought Xiaomi phone 512G has used up more than 300G: WeChat accounted for 70G
Regret that the medicine is gone! Apple closes downgrade channels for multiple versions such as iOS on 16-15-12.
Xiaomi tablet 6 key specifications steal run: high brush domestic screen Snapdragon 870 can also play!
Musk, the richest man in the world, also suffered a huge loss when he bought bitcoin by Tesla, who "cut leeks".
The most popular news this week
Microsoft's new version of Bing appears briefly: full access to ChatGPT
Bill Gates: the history of ChatGPT is as significant as "PC or the birth of the Internet"
The "iPhone 14" Letv mobile phone Y1 Pro+ sold for only 499 yuan becomes JD.com TOP3.
Man QQ Music lost 1.32 million in playing games in the studio: he was fooled by the anchor!
Intel China special edition Xinshen U suddenly went on sale: 1599 yuan cost-effective
The price of ZTE flagship endorsed by Wu Jing has been reduced! The overall screen impression is better than Apple Smart Island.
Meizu 20 Series supports UWB Ultra Wideband Technology through Radio approval
Huawei P60 series will debut in March: Snapdragon 8+ has a larger aperture than the iPhone 14 Pro Max
China suddenly announces new developments in 6G, and there is little hope that the United States will surpass 6G technology.
Dell said it was laying off 5 percent of its workforce, affecting about 6,650 jobs