The importance of money for a country is self-evident. The patterns on each currency have special significance, bearing a heavy history and culture, and highlighting the glory of the country.

According to domestic media reports, recently,Asan-1 communication satellite and ground station pattern exported by China Academy of space technology to Algeria, a North African countryTogether with the geographical map of the country and the east-west highway bridge,It appears on the new 500 yuan currency of AlgeriaIt highlights that the country attaches great importance to and loves the first communication satellite.

A xing-1 was developed by the China Academy of space technology, using the dongfanghong-4 public satellite platform. It was successfully launched in December 2017.

In May this year, the satellite provided satellite broadcasting service for Algeria's newly opened national distance education channel, and provided academic guidance for primary and secondary school students who were suspended due to the epidemic situation, so that the people of the country could really feel the convenience and benefits brought by the space cooperation between the two countries. 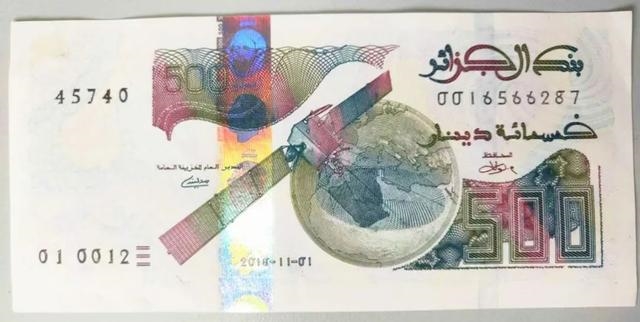