Google wants to turn its video site YouTube into a major shopping destination and become a competitor to Amazon and Alibaba.For every toy, gadget and other item you see on youtube, users will soon be able to buy it directly on the site. Not on Amazon, of course, but directly on YouTube. 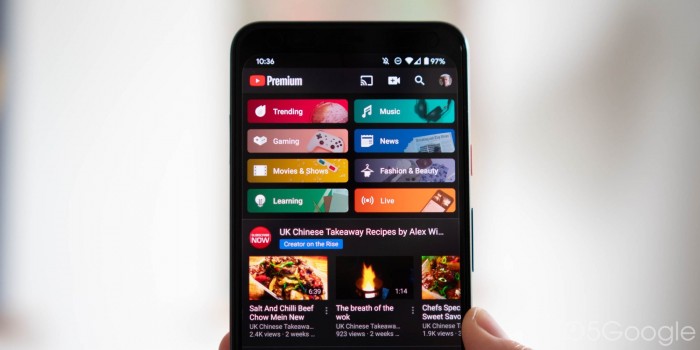 YouTube, the world's largest video site, recently began requiring creators to use YouTube software to mark and track products in their video works. The data will then be linked to Google's Analytics and shopping tools.

According to people familiar with the matter, Google's aim is to turn a large number of videos on YouTube into a huge catalog that viewers can browse, click on and buy directly.

In addition, YouTube is testing further integration with Shopify, an e-commerce company, to sell products through YouTube.

In response, a YouTube spokesman confirmed that the company is testing these features on a limited number of video channels. The creator will have control of the product displayed, the spokesman said. YouTube said it was an experiment and declined to give more details.

But analysts said the moves could turn YouTube from an advertising giant into an e-commerce giant, making it a new competitor for leading e-commerce companies such as Amazon and Alibaba.

Andy Elwood (Andy Ellwood), Basket president of e-commerce startups, said :" YouTube is one of the assets with the lowest utilization rate, and if they decide to invest, it is a huge superior for them ."

It's not clear how YouTube will generate revenue from these sales, but YouTube has already started offering subscriptions to creators and extracting a 30% commission from these payments.

Google has tried online commerce many times before, but with little success. Most of the time, Google tends to sell ads that take users to other digital stores rather than sell their products themselves.

But this year's new coronavirus epidemic has hit marketing budgets hard, especially in tourism and physical retail, which are Google's main source of advertisers. At the same time, e-commerce is booming as more people stay at home and buy more goods. While Facebook and instagram are dabbling in e-commerce, Google has become a bystander.

Google executives have been saying for months that YouTube will be at the heart of their e-commerce strategy. On a recent earnings conference call, Google CEO Sandal Pichai (Sundar Pichai) said a large number of popular product "unpacking" videos on the YouTube could be converted into a shopping opportunity.

In addition, Google has also adjusted its e-commerce and payment departments. In July, Google announced a plan to eliminate the fees charged to retailers by Google's shopping service to attract merchants from rival Amazon.

Google also announced that it will integrate with Shopify and PayPal to help businesses manage inventory and sell products directly on Google.

Related news
YouTube will launch a short video feature called "shorts" this year
Google will allow any company to list its products on Google shopping for free
Google announced that it would build YouTube into a shopping platform to challenge Amazon and Alibaba
Alibaba Forms Smart Service Company Lingyang
Hot news this week
Too many questions! Apple has changed the timing of the official release of iOS 16 series
Monkey acne cases have ranked first in the world that the United States has announced the emergency state of public health
Tencent and Logitech cooperation of the cloud game console Revelations: equipped with Android system configuration is low
Credit card points rule intensive adjustment online transaction points more "valuable"
High reserves and low cost experts: calcium ion batteries replace lithium batteries to stand up to the daily
Alibaba executives interpret financial results: the focus of the consumer side is no longer to attract new, but to do a good job in stratified operation
Losses in a single quarter of $ 23.4 billion a record, SoftBank did not carry the plunge of technology stocks and the devaluation of the yen
Sources say Samsung's Galaxy Z Fold4 is going up in price: a 512GB top unit will cost more than 13,000
The prevention and control of the American Monkey epidemic has failed. What should I pay attention to?
Is the micro -business headache? WeChat friends are suspected to have a big move: 7 can only be posted a week
The most popular news this week
After selling Tesla for $6.9 billion, Musk said he was not selling it, but a survey said he was still selling it. The title of the world's richest man may not be guaranteed next ye...
Distributed database OceanBase announced 4.0 product release, single -machine deployment performance is super mysql
The three major indexes of the US stocks opened sharply: ROBLOX fell more than 4%, Twitter and Tesla rose more than 3%
Japan has confirmed that China has overtaken the US for the first time in the world's top three indicators of scientific papers
A wake-up call for Apple? Foxconn says it is feeling the sting of slowing demand for smartphones
Joining Chip Alliance could serve as bridge, says South Korean Foreign Minister
Joe Biden also mentioned Chiplet? An unexpected A-share buzzword in A White House briefing
Nio Li Bin responds to mobile business rumors: This should be the definition of other people's imagination to us
Amazon is pushing a feature called "swipe to pay" that scans your palm to pay in seconds
Text message color, picture quality compression! Google calls out Apple for improving cross-device messaging