IDC announced China's high-end mobile phone market share in the first half of the year: Huawei and apple accounted for 88.1%

According to the report, based on the current speed of China's 5g market and the strong appeal of Apple brand in China,The new iPhone is expected to inject new vitality into the relatively sluggish mobile phone market this year from two aspects of terminal and application, and continue to help the rapid development of domestic 5g market.

If you're looking at the iPhone 12 Series in a price segment above $600,In the first half of 2020, the capacity of the domestic market at this price is about 23.5 million units, among which Apple can still stably occupy more than 40% of its brand appeal through 4G model. 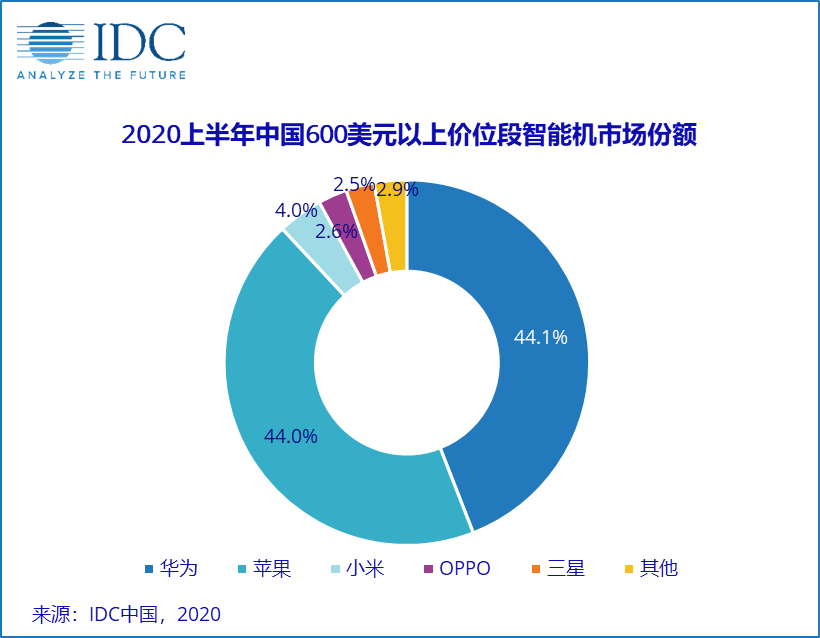 According to IDC's market share of smart machines in the first half of 2020 at prices above $600,Huawei ranked first with a share of 44.1%, followed by apple with 44%. The two share 88.1% of the high-end market share.

In other words, Huawei and Apple are now the first choice for Chinese brands to choose high-end mobile phones.

IDC believes that the iPhone 12 series will cover 699 ~ 1, The price range of $099, of which the starting price of mini version is the same as that of the previous generation 4G model, which is not only easy to be accepted by consumers in terms of pricing, but also more friendly to the holding experience of a large number of long-term users of iPhone 7 and 8 series, which is expected to stimulate the desire of some existing users to change their phones. Therefore, apple is expected to increase its market share in this price segment.

IDC forecasts 2020,The global 5g mobile phone shipment volume is about 240 million, while the contribution of China market will exceed 160 million, accounting for about 67.7%. In the next five years, China will continue to occupy about half of the global market share.

Second, China's coverage of the mainstream price segment user base is wider. IDC data show that the average unit price of five G of mobile phones in the international market in the second quarter was $837(excluding the tax benchmark, the same below), while the Chinese market was only $464. 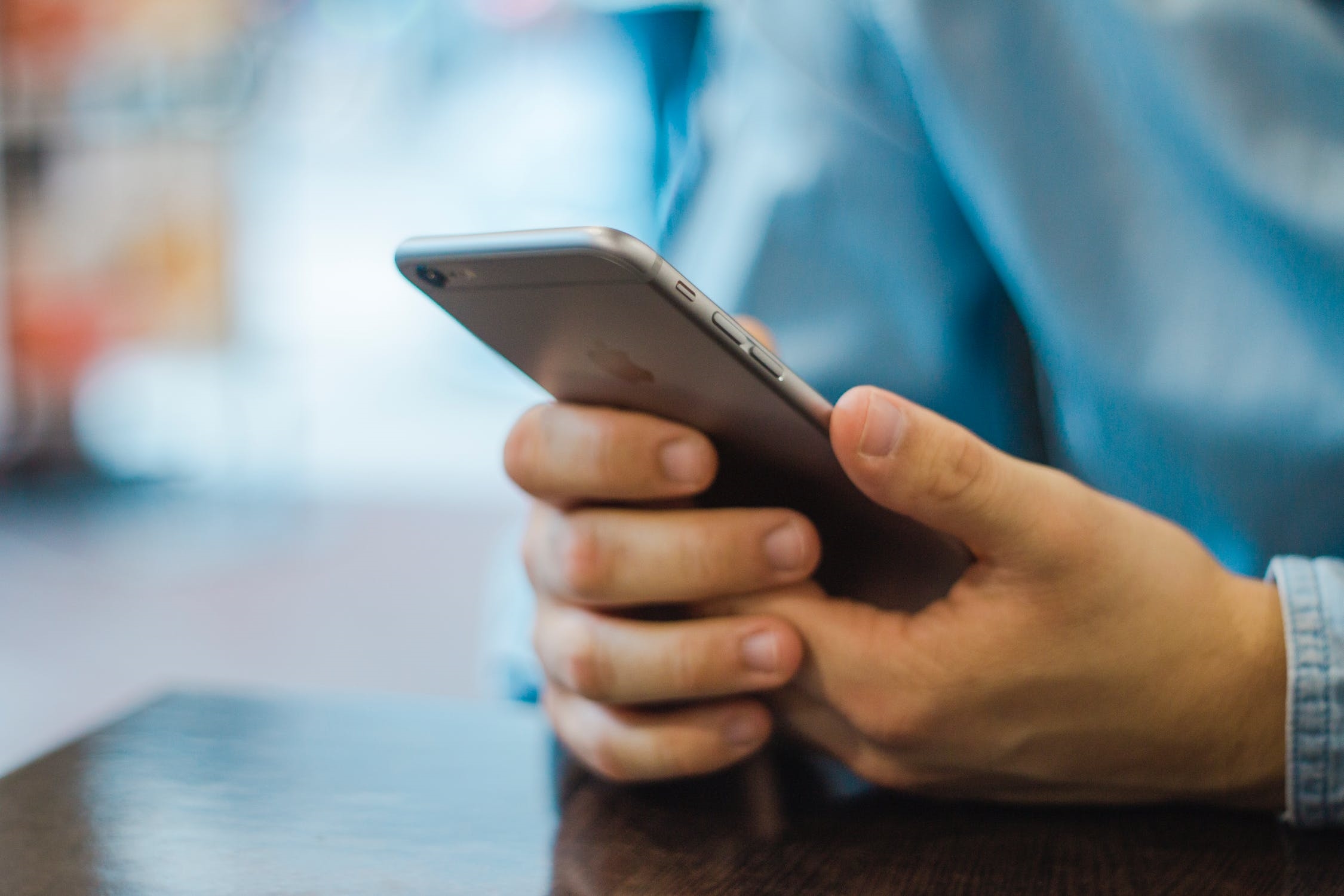 Related news
IDC announced the latest ranking of China's mobile phone shipments: Huawei's fourth best seller
Huawei to launch Huawei card digital credit card
IDC announced China's high-end mobile phone market share in the first half of the year: Huawei and apple accounted for 88.1%
Hot news this week
It seems that the iPhone 12 screen is particularly "yellow" this year?
US sanctions against Russian research institutions: development of dangerous malware
Kaiann drance, vice president of marketing at Apple, talked about the current problems of the iPhone 12 in an interview
CCTV unveils digital RMB: more than 200 yuan can be paid offline in 50000 mobile phones
Huawei announces Kirin 990e specification: GPU and NPU are different from Kirin 9905g
Official picture of Huawei's five mate40 series mobile phones
Death of the helmsman of the Samsung family: unveiling the most powerful "Lee Dynasty" in South Korea
Shanghai share Tesla 1200 yuan a day Tesla: there is no domestic business at present
The business legend and controversial life created by Li Jianxi after the death of Samsung Godfather
Facebook, which was fined $5 billion, was not about in the final sprint of the U.S. election
The most popular news this week
Apple will increase orders for lidar lidar chips due to strong demand for iPhone 12 Pro
Is the iPhone 12 resistant to falling? These violent tests tell you
Amd announces the launch of the video card
Idle away in seeking pleasure, Alipay 11 hours, and 24 hours of virtual customer service, "eat, drink, play, buy, buy", ask for answers.
How did Nintendo innovate with "old technology"?
Release the imagination of science and technology! 2020 Lenovo innovation and technology conference shows the whole scene of personal intelligence 2.0
How many plants are there in China? Two more Britain in 20 years
China releases "no fear of black" high performance server
Can't get past the bad signal? Take a look at the actual signal test for the iPhone 12 pro
One of the most popular shops in the Arctic