On October 18, according to the official wechat information of the Network Security Bureau of the Ministry of public security, after more than 3 months of careful investigation, Cangnan police in Wenzhou, Zhejiang Province, carried out various actions, successfully investigated and developed wechat "powder clearing" software to engage in illegal and criminal activities, and initially found out the involved amount of more than 8 million yuan.

"The system is detecting the person who deleted me, please do not return", "clear powder, please forgive me. Pay attention to official account number for free testing ". Has anyone in your circle of friends ever sent you this kind of "Qingfen" message, or has he used such "Qingfen" service? It is said that by sending such software programs in the wechat address book, you can screen out those friends who have hacked or deleted you one by one. Many wechat users have used such "friend cleaning service" to control the number of their wechat friends.

But is there really a free lunch? Netizen Huang encountered such a worry: early this year, she used the "powder" service, soon found that a large number of strangers in WeChat to ask for friends to add their friends, but also inexplicably concerned about many WeChat official account, and even someone copied his WeChat account to add his friends and relatives to try to cheat property, and seriously affected their personal lives. Ms. Huang seriously suspected that her personal information had been stolen by "Qingfen" software. 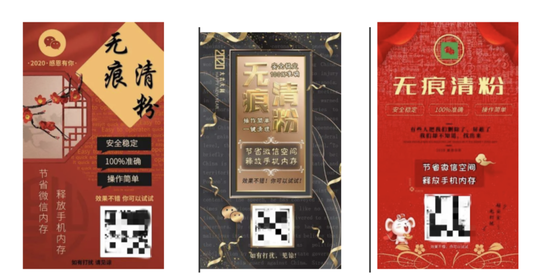 Her suspicion is not groundless, and she is not alone! The frequent occurrence of such cases has aroused the high attention of Wenzhou Cangnan police. Is this kind of "powder cleaning" service hidden secrets?

In February this year, Cangnan network security department conducted an in-depth analysis of such "powder cleaning" procedures, and found that such procedures are different from the "plug-in" plug-ins attached to wechat In short, illegal gangs use these so-called "powder clearing" programs to lure users into logging in and illegally obtain users' wechat address book through "cloud program". 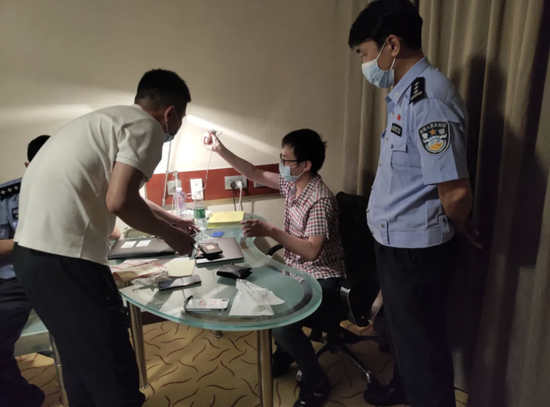 Once users are decoy, in their software, they are authorized to sign in, because WeChat wants to be cleaned. The official account of WeChat accounts as "puppet" at that moment. Under the condition of unknowing, they take the initiative to pay attention to a large number of WeChat public numbers and make a point of praise, forwarding and collection. What's more terrible is that users' personal information data and friends' information will be obtained by criminals, which will easily breed network theft, network fraud and other illegal crimes.

At the beginning of May 2020, Cangnan police successfully locked in a criminal gang that specially developed and produced "Qingfen" software. However, when investigating the gang, it was found that there were many difficulties.

First of all, this is a "high-tech" enterprise. Almost all members of the group are composed of professional and technical personnel, master the most advanced network technology, and even the company accounting is proficient in computer technology. All the four core technicians graduated from computer major, engaged in programming for a long time, and the technical strength of the whole team was in the first tier of the industry, and the professional means of crime were very strong.

They provide customized services for the demander, and produce and sell more than 20 kinds of cleaning software. In addition to computer technology, this group of "Xueba" are also proficient in law. Xiao, the boss, wandered in the gray area to avoid legal punishment by not integrating the business involving the transfer function. Xiao also cleverly set up the server abroad, and thought it was safe and sound.

In early June, after sorting out the criminal gang context, Cangnan police overcame the traffic difficulties during the epidemic period, carried out unified arrest operations in seven provinces and cities, including Beijing, and captured the network underworld gang headed by Xiao.

"The" powder cleaning "software developed by the criminal gang has a certain" technology "leading in the industry, and has the characteristics of convenient operation, great harm, small victim perception and wide dissemination range. After scanning the code, the software will automatically send "powder" QR code ads to friends without the knowledge of the user, and publish a circle of friends, but it is difficult for users to find out. Before being captured, the company had customized more than 20" powder cleaning "software for other companies, which could be said to be the source of the crime of using" powder cleaning ." Case handling police introduction said. 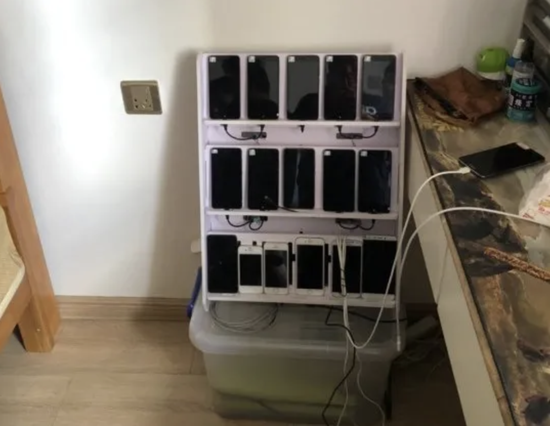 It is a pity that Xiao, the "leader" of the gang, is a Postgraduates of the computer department of the top key university (Peking University) in China. After graduation, he has worked in a number of well-known Internet companies, with an annual salary of nearly one million. He has a car and a house in Shenzhen. But Xiao finally chose to resign and start his own business. His company did not develop high-tech to make contributions to the country, but started the black ash industry, harmed the people, and finally sent himself to the classroom.

Xiao's wife is also a graduate student, but also studied, the couple have a lovely son. For Xiao, perhaps a family is the happiest one to live in peace and quiet, but now it's too late to say anything. 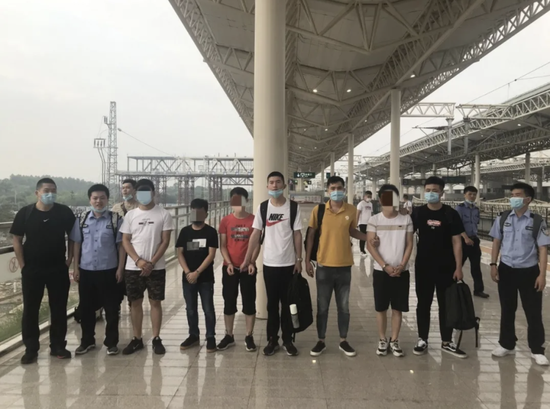 Related news
Peking University: A Dreamland for Chips in China
VMware intends to acquire Pivotal Software
Amd users can now download the radeon software through the Microsoft Store (Figure)
The omnipotent app finally has the cat's "facebook"
Robin Li, a curve wrecker at, published his medical paper: Cancer
Envy Huawei's gifted youth? Let's see how narrow the selection of high-level talents is
After 85, Peking University Graduates developed wechat "powder cleaning" software for profit related cases of 8million
High IQ crime! After 1985, Peking University graduated and developed more than 20 wechat cleaning software, making a profit of more than 8 million
Hot news this week
Overseas sales of Chinese bicycles are crazy: nearly 16 billion yuan worth of exports have been ordered to the end of next year
IPhone 12 screen green: I choose not to forgive it
Lottery mode will be opened: it is reported that apple is looking for Samsung OEM M1 TSMC 5nm orders, accounting for only 25%
Only mobile phones can charge quickly? Huawei matebook X's dexterous and fast charging liberates your endurance anxiety
Panorama of China's AI chip financing in 2020
China Mobile Partner Conference is coming. It's so simple to start 5g life
Improve the efficiency of diagnosis and treatment, improve the experience of medical treatment Baidu health won the "2020 Best Health Platform Award "
Flagship stores can't sell Shanzhai pinduoduo crazy bad money manufacturers are destroying the ecology
The report says the world's largest producer of plastic waste is the United States: serious environmental damage
Xiaomi's "iron hoof"
The most popular news this week
Apple began to use its tiktok account to promote the iPhone 12 Mini
Huawei phone 256 GB full of space overnight: Tencent microvision ate
Samsung Galaxy S21 protection case to be released
Are the elderly abandoned by the Internet? Alipay: elders can try the "care version".
India's 4th ban on Chinese apps: 267 apps in total! Alipay didn't run away either.
Tesla's share price soared as Musk became second-richest man who blew up the material at the European Battery Conference
Cancer cancer vaccine may be coming: the United States has approved human trials
China Film Golden Rooster Award Opening of Xiamen Nov.27 with Huawei to launch the "New Image Mobile Film Project"
Relying on volume and ecommerce Xiaomi to return to third place in the world, it still wants to get rid of the middle and low end image
Using Tesla's same cobalt free cell, Yubo released 80000mah outdoor power supply