US sanctions against Russian research institutions: development of dangerous malware

On Friday, Washington imposed sanctions on a Russian research organization for its involvement in the development of dangerous computer programs that could cause catastrophic industrial losses, according to reports. In response, Russia said the sanctions were illegal. The US Treasury Department claims that the Russian government supported Central Scientific Research Institute of chemistry and Mechanics (tsniikhm) is suspected of "developing a customized tool" that made possible an attack on an unidentified oil facility in the Middle East in 2017. 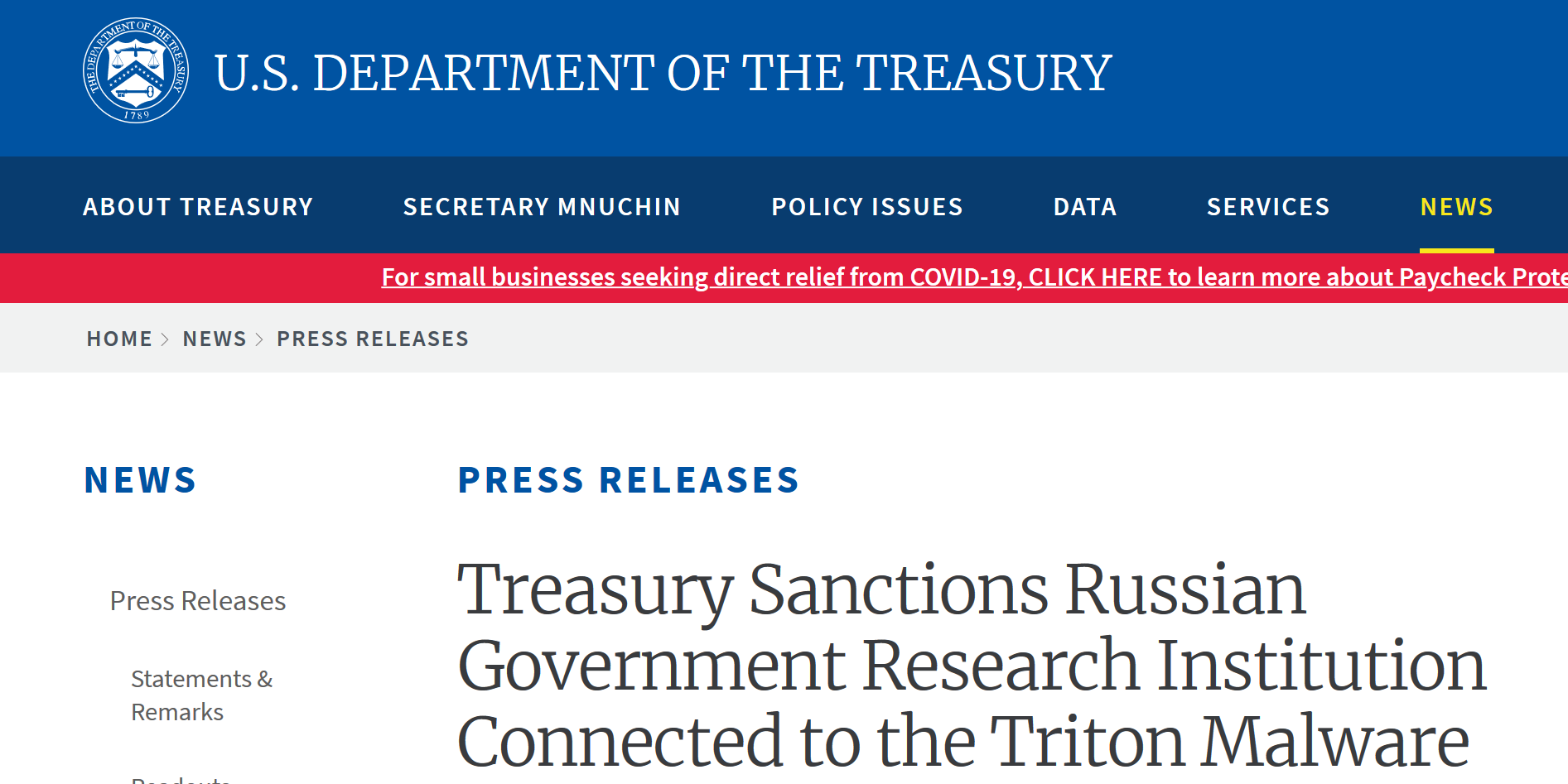 That year, researchers made public the attack, the network security community a time of discussion. Unlike typical digital intrusions designed to steal or extort data, this attack seems to target physical damage to the facility itself by disabling its own security system.

Cyber security companies FireEye, discovered the software involved in the attack. Nathan Brubeck (Nathan Brubaker), an analyst at the company, said this apparent intention makes the software uniquely dangerous because disabling security systems in such a plant facility can lead to serious consequences, such as fire or explosion.

"The seriousness of the threat makes the software very frightening," Brubeck said. "It's chilling to create an explosion that causes casualties."

In the past month, U.S. officials have moved frequently, launching a large number of lawsuits against hackers in Russia, Iran and other countries, imposing sanctions, and issuing warnings on digital intrusions supported by several countries. Experts believe that this action is a warning from the United States to the hostile forces not to intervene in the November 3 election.