According to reports, the latest data from Okla, a US network speed testing and statistics company, shows that the trial speed of Starlink Satellite Internet service of SpaceX under musk has exceeded 160 Mbps, exceeding 95% of the broadband in the United States.

The trial speed has exceeded 160 Mbps, more than 95% of broadband connections in the United States. 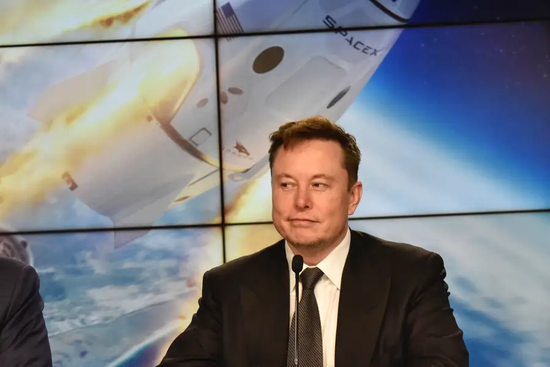 The rural people are boiling!

A user from rural Montana, stunned by the download speed of musk SpaceX's Starlink 174 Mbps, shared it on reddit and said, "Starlink will change the game forever. "

Previously, perhaps fearing that it might not be as good as expected, SpaceX gave the testing service a joking Name: better than nothing.

The Starlink team said at the time that the network data transmission speed was expected to be between 50Mbps and 150Mbps, and the network delay was controlled between 20ms and 40ms.

Moreover, it is not ruled out that the network cannot be connected occasionally.

Although some users have experienced short-term disconnection, the actual test results are better than expected.

How much cattle are more than 95%? The American village is connected to the Internet!

Although the United States is a powerful country in science and technology, its network speed is not flattering

The average U.S. mobile Internet speed is 50.2 Mbps., according to Ookla data from Netspeed Testing 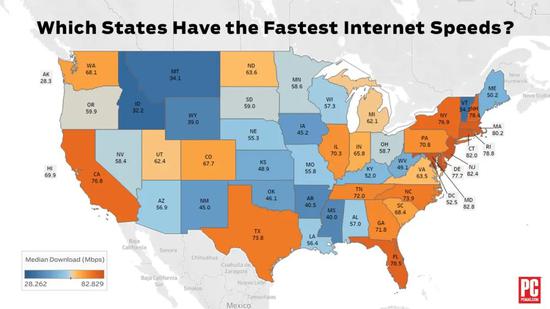 Although in some cities, it sometimes reaches nearly 100 Mbps. But many people live far away from cities or densely populated areas where the Internet is very slow.

And, despite the disbelief of many, there are still large areas of the United States that lack reliable broadband access.

In order to promise everyone to use the network in 5g era. The Federal Communications Commission has also launched a $9 billion fund called the rural 5g fund in the United States, which will be distributed over 10 years to expand 5g access in rural areas and ensure that everyone can use the new network. 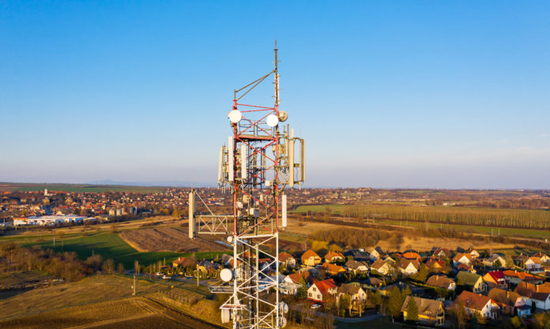 The test results are too pleasant. What's the price?

Many of the people who took part in the test also showed "results": 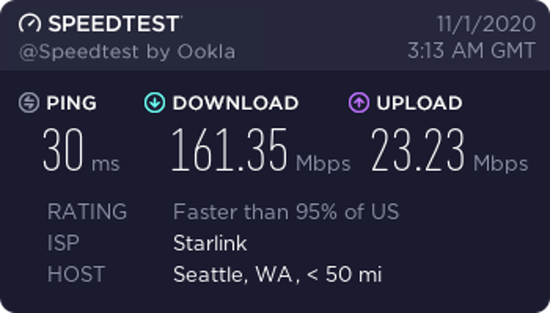 To a large extent, the results are consistent with its commitment 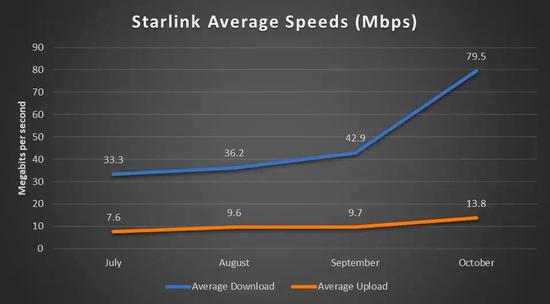 "It's really exciting for me, and the price has changed my budget. "

The initial price of the star link service was $99 per month, and users had to pay $499 for the star link device, including terminal receiving equipment, tripod and WiFi router. 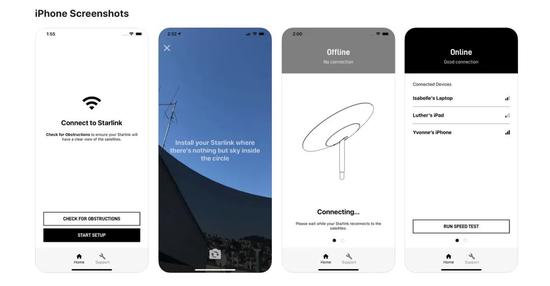 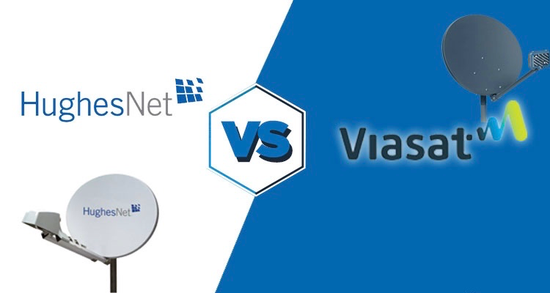 But Starlink's real victory is delay. The latency in recent tests varies widely, but on average 42ms, much longer than the wired internet system, but shorter than HughesNet and exede, which averaged 728 milliseconds and 643 MS in September, respectively.

But the price reason can't be ignored. 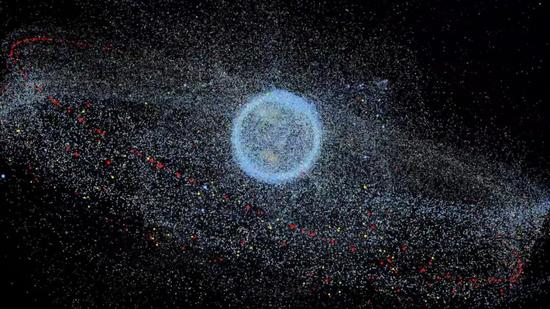 The cost of Satellite Internet services is still high: Starlink beta costs $99 a month, and satellite antennas and Wi Fi routers cost $499. There is no final conclusion on the price ceiling of Starlink, but it is a beta version after all.

Viasat's 12mbps unlimited plan, with 40Gb of data before the priority is removed, costs $100 a month; its 30mbps package costs $200 a month.

It seems that relatively speaking, there are still advantages!

At present, SpaceX has launched nearly 900 "star chain" satellites, which can not cover the whole world, but can provide network services for the northwest of the United States.

SpaceX plans to launch tens of thousands of satellites to create a massive system that can provide reliable Internet services around the world. 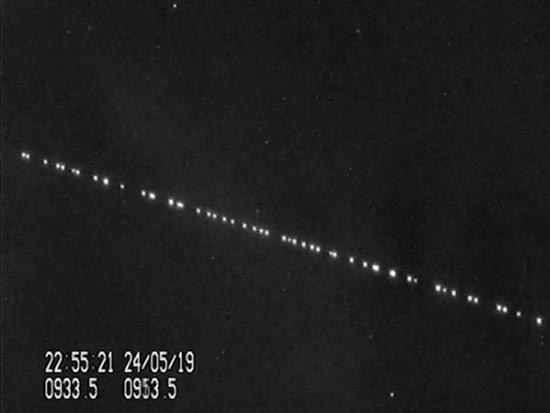 When star chain exits the beta phase, a large number of consumers may want to register. How to keep the speed is a matter to wait and see.

However, recently, the negative voice about "star chain" has come as scheduled.

About 3% of the remaining satellites appear to have failed, and they float randomly in space, which may threaten other satellites in orbit or astronauts on the international space station. 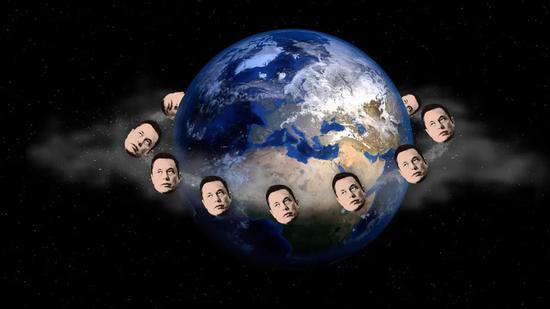 A few days ago, participants in the "star chain" test revealed that users of Mars related services should agree that Mars is a "free planet", that is, any government on earth has no right to interfere in Mars activities.

Related news
Starlink Internet Satellite Enters Test Stage
SpaceX has again successfully launched more than 60 satellites for its Starlink satellite internet constellation
SpaceX successfully launched 60 Starlink satellites into the space Internet Era
Starlink website code shows the appearance and test details of the Internet satellite antenna
How fast is Starlink? Musk: Thank you very much
Super US 95% broadband: Starlink's measured network speed exceeds 160mbps!
Musk: Starlink Satellite Internet speed will double by the end of the year and is expected to cover the world next year
SpaceX Satellite Internet rates have exceeded 300 Mbps
SpaceX is preparing to launch its new fleet of Starlink laser Starlink satellites to provide wider Internet service coverage
800 billion! Musk is taking Starlink to an IPO
Hot news this week
During the quarter, we signed a multi-year intellectual property patent licensing agreement with a major licensee. This positive result enables us to obtain more 5G patent licensin...
Win10 digital version will be discontinued: free whitewash is still available Microsoft has not been under the dead hand for 7 years
Microsoft posted $17.4 billion in non-GAAP net income on revenue of $52.7 billion in the second quarter of fiscal 2023
YouTube complained about: using offline return-to-work policy to illegally block contract workers from unionizing
India receives Radio Signals from Galaxies 9 billion light-years Away Astronomers: Aliens not involved
Beautiful country semiconductor ushered in the winter, US high enterprises inverted, our country market doesn't buy it!
Cybertruck skipped tickets again! Mass production of Tesla electric pickup truck will not wait until 2024.
Apple will relax measures to deal with COVID-19 's epidemic and encourage employees to go back to work
Huawei P60 Pro latest configuration chart revealed: variable aperture and satellite communications are on the list
Intel: 14 generations of Core in the second half of the year, and build a new architecture from zero next year.
The most popular news this week
The iPhone is No. 1 in China! Why do people prefer Apple to Android?
China develops starch and protein synthesis technology for corn stover: Costs drop dramatically
Technology tree point crooked? Toyota's new patent: hold the door handle can be sterilized
Eight satellites in eight hours! China rushed to Venezuela's relief efforts
Apple bet on mixed reality, but the selling point of the product is not enough.
Baidu is reported to launch an AI chat robot service similar to ChatGPT in March this year.
The most powerful SSD becomes the last song Intel retired Aoteng hard disk: 6 years of performance is still leading
Don't wait for the entry-level Tesla! Extreme Krypton 003 prototype revealed: or 160,000 starting price
Apple's car accident detection function has been misreported constantly, and the rescue department has been tortured.
To accelerate electrification, Honda China's technical research Technology and production technology companies merge