The U.S. Department of Justice (Department of Justice) wants to block Visa plans to buy the Plaid of financial technology start-ups, on the grounds that it will be detrimental to healthy competition and development in the payment industry. Attorney at the u.s. department of justice said the plan could exacerbate Visa "monopoly" on debit card transactions ". For antitrust reasons, the $5.3 billion acquisition announced in february "must stop ". 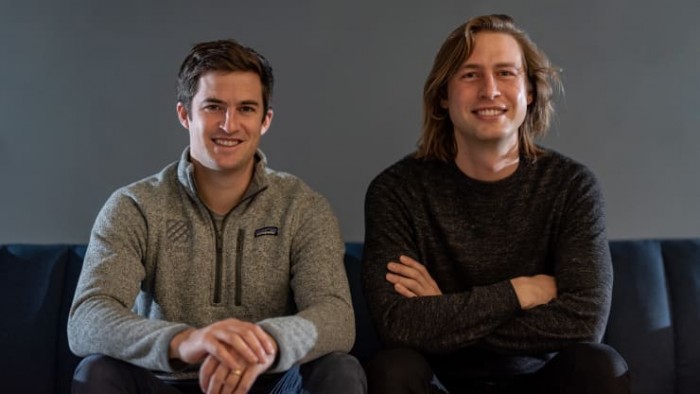 "By acquiring plaid, visa will eliminate an emerging competitive force that could save businesses and consumers significant amounts of money and provide them with more innovative online debit card services," the Justice Department said in the indictment The indictment has been filed in a federal court in Northern California.

According to Visa chief executive, Al Kelly, the Department of Justice said the deal was a "policy" designed to eliminate "threats to our important American debit business ".

Plaid, a San Francisco based fintech company, uses APIs to connect consumer bank accounts to popular financial applications such as venmo and Robin Hood. The company, which works with more than 11000 U.S. banks, has been developing a product that could replace the Visa debit card service, according to the complaint.

Visa said in a statement that the company "strongly opposes" that the Department of justice "prevents visa from acquiring plaid and that the Department's attempt is legally flawed and inconsistent with the facts.". Plaid declined to comment on the lawsuit.

"The move reflects the Department's lack of understanding of the plaid business and the competitive payment sector in which visa operates," visa said

U.S. lawyers point out that Visa has a 70 percent share of the U.S. debit card market, while its rival MasterCard (Mastercard) is unable to "gain substantial market share" or "limit Visa monopolies ". They also highlighted barriers to entry for creating a new debit card product.

"Visa's online lending monopoly rarely faces significant threats. Plaid is such a threat. " "Plaid plans to use this technology, coupled with its existing relationships with banks and consumers, to facilitate transactions between consumers and businesses and compete with visa."

Visa's acquisition of plaid is one of many high-profile deals that the U.S. Department of justice is under considerable pressure this year.

According to the Wall Street Journal, credit karma is in talks with square to sell its tax preparation business to square to avoid antitrust concerns. Intuit announced earlier this year that it would buy credit karma for $7 billion and own turbotax. Regulators may worry that the merger will give consumers less choice when filing their taxes online. MasterCard announced earlier this year that it plans to buy Plaid's rival, fineness, for about $1 billion.

Related news
Trump said U.S. companies could continue to supply Huawei Huawei official push: U-turn?
5g mobile phone "nuclear bomb" attack glory 30s first evaluation: in depth decryption of a generation of God u Kirin 820
A new alien game with 10 generations of Core 10 core desktop U RTX 2080S
U. S. cellular starts 5g millimeter wave deployment with Nokia and Ericsson
U.S. Department of justice blocks visa's $5.3 billion acquisition of fintech startups
Why does USB flash disk last forever? There are three reasons
The FTC in the United States is reported to conduct an antitrust investigation into Microsoft's acquisition of Activision Blizzard
Hot news this week
The developer of the dating app Tinder has reached an agreement with Google over billing rules for its app store
Still did it! Canada has banned Huawei and ZTE from participating in the country's 5G network on "national security" grounds
Red Elf Lightning erupts in the Himalayas Spectacular Spectacle: Experts Reveal What Exactly Is This?
The founder of the Internet Quick Hand Su Hua was taken away for investigation, and the fast hand responded: the news was not true
Wang Xiang, president of Xiaomi, explained that a shortage of low-end chips is a major challenge in overseas markets
Or for Studio Display Pro, the release of Apple's 27-inch Mini LED-backlit Display has been delayed by October
Tencent Q1: The business service business has "slightly decreased" year -on -year, and resource centralized video cloud and network security | View financial report
One picture to understand! Blue Factory has issued 3 new machines in a row: self-developed chip blessing, the narrowest lower border
Sony released the active noise-canceling headphones WH-1000XM5, equipped with 2 chips and 8 microphones
Tencent established a smart technology company in Chengdu, and its business scope includes Internet data services
The most popular news this week
How does the Internet make People Copy each other
Fed Vice Chairman: The future digital dollar may complement the coexistence of stablecoins and commercial bank currencies
ZHANG Pingan, CEO of HUAWEI CLOUD: The value of data governance in China has not been fully tapped Data and AI should be accelerated
Shenzhen Atmosphere! The sales price of mobile phones, computers and other products is subsidized by 15%
Microsoft shows third -party components: Win11 chicken rib function is saved
No need to grab it! Sony announced an increase in PS5 shipments
Audi advertising poster photos only sell for 8 yuan? Photographers question the unreasonable use of the photo purchase
Twitter spent $150 million to settle privacy and security lawsuits with the U.S. government
Hong Kong Hang Seng Index Opens 0.5% Baidu Hong Kong Stocks Open More Than 2%
Amazon's new CEO participated in a shareholders' meeting for the first time: to restore normal profit, ready to cut off the excess warehouse