Have you ever played cloud games? This kind of no installation, the local computer configuration requirements are not high, as long as there is a browser or starter can click to play the cloud game is a big trend in the future.

Think about it, in the future you just need a network of mini-host plus a monitor to play a variety of games, really fragrant! It's a live broadcast

Let's first experience the cloud mode of PC games. Tiger teeth cloud game uses two ways to start the cloud game, the first is to use the browser to open directly, and the other is to use the tiger tooth cloud Game PC client to open.

How to experience lol with browser

Using a browser to play Tiger Tooth Cloud is the most convenient method, which allows users to play games without installing any software. Players enter the Tiger Tooth Cloud game website, find the game you want to play into the details page point

Login account can begin to play the game. Xiaobian tried the Steam "Anti-Terrorism Elite Global Offensive ", loading speed is good, the game screen is OK, the operation delay is not big, basically can play the game.

Let's have another lol, log in to Tencent account before starting, and then you can have fun. Everything is no different from the local version. Good game experience, good fluency. No need to download can play, this method of saving local storage space, Xiaobian very like.

Finally, let's experience a 3A game masterpiece "Tomb Raider rising". In tiger tooth cloud game, it can be tried for free. After entering the game, you can see that the game screen is good. After the small editor adjusts the picture quality to super clear, the picture is still smooth. Xiaobian is not good at playing this kind of action game. Laura has been hanging up here for many times!

Figure 8 the rise of Tomb Raider

When playing cloud games, there will be a control button on the right to allow users to choose the clarity of the game and whether the full-screen game. 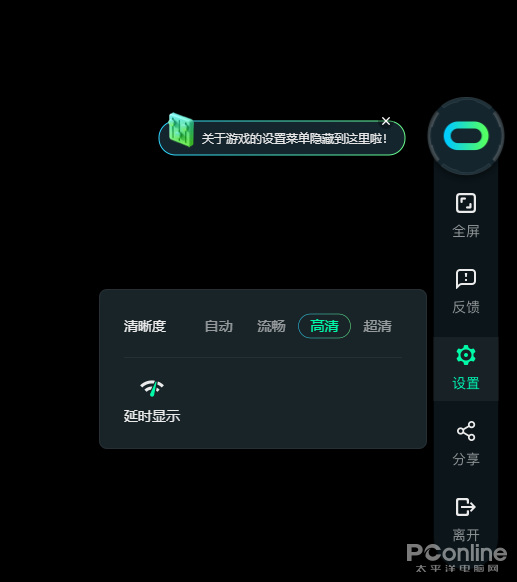 As mentioned above, Huya cloud game not only supports the cloud mode of PC games, but also supports the cloud mode of mobile games. Xiaobian tried to enter the glory of the king. When he first entered it, he made an error. As a result, he entered the Android simulator by mistake, which should not have been seen by the user. The second time you enter, the game needs to be updated, but when the update is finished, the screen appears black, but you have no choice but to close the webpage. On the third entry, repeat the second encounter. Xiaobian estimated that because the update to restart the game, so stuck here, resulting in a black screen. Therefore, the official tiger tooth cloud game must consider helping users to update the game version in advance (especially when the game version is greatly updated), which can also reduce the waiting time of players.

Figure 12 Honor of Kings needs to be updated

Let's take a look at the PC client of the tiger tooth cloud game. It's just that the PC client starts the game in full screen mode by default, and the editor can't find the windowing option. In the control button on the right, there are more live functions. One of the best features of using the client is that the client has the game free login function, which can help players remember the steam account number and avoid the trouble of each login.

After some experience, Xiaobian found another bug, that is, after entering a game and forcibly exiting, it will prompt that there is still a game running when entering the next game. So don't push back! 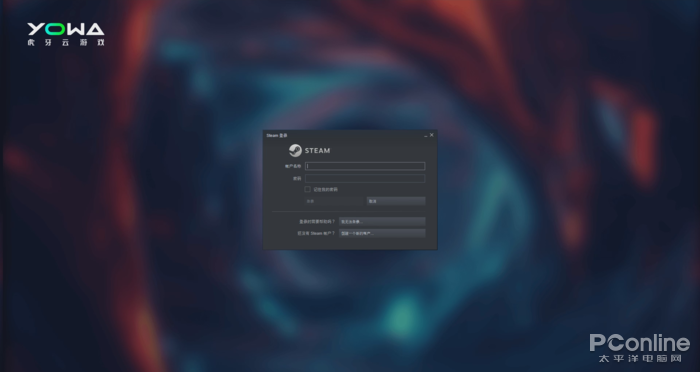 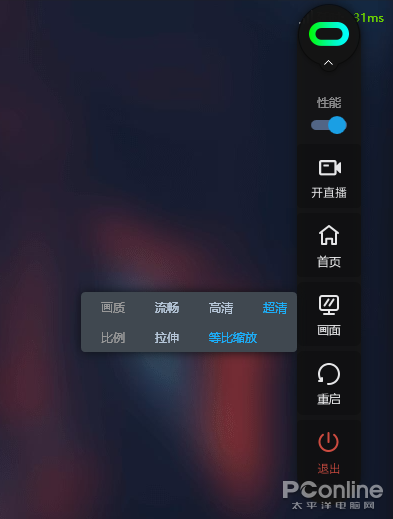 What is the experience of playing PC games in mobile phones

Let's take a look at the mobile client of Huya cloud game. Different from the PC client, the mobile client allows users to play the cloud mode version of PC games in their mobile phones, and of course, they can also play the cloud mode version of mobile games. However, playing PC games with mobile phones, although there are key mapping, it is not convenient for keyboard and mouse, so it is better to connect a Bluetooth handle. Or just get used to it.

In addition, if you play Tencent games, you need to log in to your account, you use WeChat QR code login. This is the general setting of Tencent series games, so two mobile phones are convenient to log in, otherwise you have to switch to switch. And use WeChat scan screenshot login mode is useless. QQ login mode can be login by account password.

Another game of the king, in the mobile version of the king rongyaoyun mode version, has been updated to a large version, only a small update can be entered, so normal access to the game interface, you can see that although the game settings have high image quality, but in the cloud mode, the image quality is still slightly reduced. However, after one game, the game is smooth and does not affect the normal operation and experience of players Still good.

Figure 20 only needs to be updated in a small version

How about, tiger tooth cloud game can attract your eyeball? Interested players quickly experience, cloud games can really help players save a lot of storage space, as long as your broadband environment is good, play is not a problem. Don't say, make up to help Laura jump out of that cliff, play.

Related news
NVIDIA Annual Drive Second Rollover: Forced GeForce Experience
Microsoft is expected to separate windows coreos and shell experience to speed up updates (Figure)
The advertisement is divided into 10%, the internal purchase only draws 15%,Huawei launches the general attack to the Google Play.
Geforce experience video card's strong partner game creation balanced realization
Can play 3 A big tiger tooth cloud game detailed experience with browse
I Need A Spell Caster Dr Tebe That Can Help Me Bring Back Ex
Google will no longer sell movies through the Play store, TV shows
Hot news this week
Apple is recruiting neurorendering research scientists to create immersive experiences for AR/VR products
Tesla China will take the initiative to significantly reduce production if it still fails to sell by 40,000 yuan
The Internet reported that the Shanghai factory would voluntarily cut production by 20%, Tesla responded
Hangzhou Internet Court: NFT digital collection belongs to the network virtual property, protected by law
Amazon has withdrawn a new offer from its retail division, cutting off new employees who were due to start early next year
You know what? Looking at your phone while driving is the equivalent of driving blind for about 50 meters, which is extremely dangerous
The United States has approved the first fecal transplant to treat disease by transplanting someone else's feces
Dalitsu, a lens supplier for Apple's iPhone 14, reported revenue of NT $5.231 billion in November, up 20 percent from a year earlier
Transsion Holdings: Established a global strategic partnership with Google to carry out in-depth cooperation in areas such as Android system
Do the most lightweight and smooth system! - MIUI 14 will come soon: The flagship will also be upgraded two years ago
The most popular news this week
Activision Blizzard CEO says Microsoft acquisition will go ahead, FTC allegations are factually incorrect
Experts: do not take ibuprofen if you eat Lianhua Qingdian, separate Chinese and Western medicines
Up to 56 cores! The new generation of Intel processors is coming.
Upgrade second regret! Serious problems after AirPods Pro 2 update
Apple got Sony's flagship sensor! iP15 is now more expected
Ibuprofen does not have to compete for the world's largest production capacity in China: one company is enough for 3.3 billion people.
QQ level first in the world! I responded to make netizens envious: the family opened the Internet cafe
Cook's "no" to Musk: cost Apple 4.4 trillion
AI paintings fetch a record price of 1.1 million! Baidu's AI painting was tested and the result was amazing
Burst! Tesla China discontinues Model Y production