Novel coronavirus pneumonia affects the public consumption concept and is moving towards a healthy and green direction. China's bicycle industry is recovering. The 2020 China bicycle industry conference is being held in Guangzhou. Guo Wenyu, vice president and Secretary General of China Bicycle Association, said in an exclusive interview with reporters that at present, China's bicycle enterprises urgently need to accelerate the transformation and upgrading and enhance their international popularity and influence. 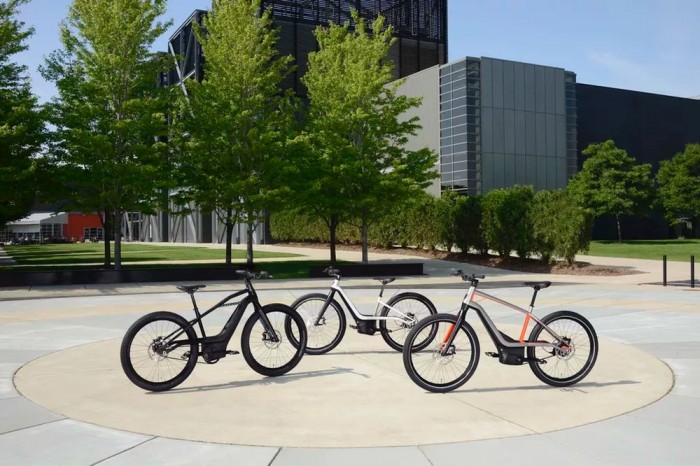 Since July this year, the monthly output of the bicycle industry has been increasing for three consecutive months, with exports turning from negative to positive. According to the data released by China Bicycle Association, from January to September this year, China exported 41.663 million bicycles, an increase of 3.9% over the same period last year; the export volume was about 15.984 billion yuan (RMB, the same below), up 12% year-on-year.

Guo Wenyu said that since the outbreak, the entire industry has experienced a "roller coaster" feeling, especially in the first quarter of this year (January to March), due to upstream supply, downstream shutdown, weak demand, China's bicycle products have been greatly affected. But the development of bicycles and electric bicycles exceeded expectations as the epidemic eased in the mainland.

"Affected by the epidemic situation, bicycles and electric bicycles have become the first choice of many overseas people for short-distance travel, and bicycle sales have increased." Liu Chunsheng, President of the Guangdong bicycle and electric vehicle industry association, said that the industry scale this year is expected to increase by about 30% compared with last year.

"From January to September, the total output of bicycle enterprises above designated size increased by 15%, and the industry is full of confidence in its future development." Guo Wenyu said that although the complexity of the international situation has brought multiple pressures to the export trade, the export of the bicycle industry has stabilized and the recovery is expected.

The 2021 Bike Electric Bicycle Trend Report released at the Bicycle Industry Conference shows that the trend of high-end bicycle products in China is obvious. At present, the proportion of bicycles above 1000 yuan is increasing, and the proportion of high-end products represented by lithium electric bicycles is also rising. At the same time, with the further maturity of artificial intelligence, industrial Internet and 5 G communication technology, intelligence and network connection will be the development trend of Chinese bicycle, electric bicycle and electric bicycle.

Cheng Liang, general manager of halo travel supply center, a mobile travel platform, said at the meeting that the introduction of new technologies has forced other industrial ecological partners in the industry to continuously upgrade, better match the requirements of digital intelligence and improve the overall capacity.

Jiang Fengyun, the director of didi Qingju supply quality management center, said that the rapid development of sharing two rounds of business led to the continuous refinement of product and operation requirements, which accelerated the Internet innovation reform of traditional manufacturing enterprises. Through the production of standardized, intelligent and digital bike sharing products, the traditional manufacturing industry has greatly improved the industry's technological innovation and quality standards.

Liu Chunsheng said that at present, the bicycle transmission system is still a "neck sticking" technology. Fortunately, some young enterprises in the mainland have developed this technology, but they still need to be honed. Enterprises should do a good job in basic theory research and increase investment in research and development, and polish and improve their competitiveness.

Related news
Semicon China: Huawei and Exxon bring semiconductor intelligent quality inspection and measurement solutions
Overseas sales of Chinese bicycles are crazy: nearly 16 billion yuan worth of exports have been ordered to the end of next year
Hot news this week
Memory of a generation! Some wechat expressions disappeared in silence
Shuffle everything! What is Ma Huateng's "Quanzhen Internet"?
Tencent has seen through a variety of MOBA AI technical methods AI absolutely understand the introduction of an upgraded version
Tencent cloud release cloud development low code platform, significantly reduce the threshold of application development
"Star Park Plan" into Suzhou Tencent security hand-in-hand security experts interpretation of "such protection 2.0"
CCTV comments on anchor selling fake bird's nest
Why are stocks always short in the Internet?
Or name the snapdragon 888, and Qualcomm "steals" the new flagship processor ahead of time: coded
Shenzhen commercial password Industry Association and Tencent security build the first cloud password application Joint Laboratory in China
Seven years of quarrel: no phone calls on airplanes in the United States: claimed victory for Americans
The most popular news this week
Release date of Huawei Nova 8 series revealed: the starting price of high allotment is about 4000 yuan
Oppo's new patent shows a smart phone with a detachable camera module
Auto companies collectively rush to buy global chips to halt production of North and South Volkswagen? Official response
Car companies collectively snapped up the global chip shortage caused the North and South Volkswagen to stop production? Official response
The picture of the collapse of the "sky eye" of the United States announced that there was only one "sky eye" in China in the world
Wechat for windows 3.1.0 beta release: video call for 15 people in the group
Ministry of industry and information technology and Russian retailers have exposed the new entry-level machine of Nokia C1 plus
Nokia 6300 4G / 8000 4G officially joined the network: equipped with kaios system
5g mobile phone, free of charge, watching TV, don't just sound beautiful
Amazon faces federal litigation over the dismissal of warehouse employees who advocate better working conditions