Can YouTube carry the banner when Google integrates all music services? 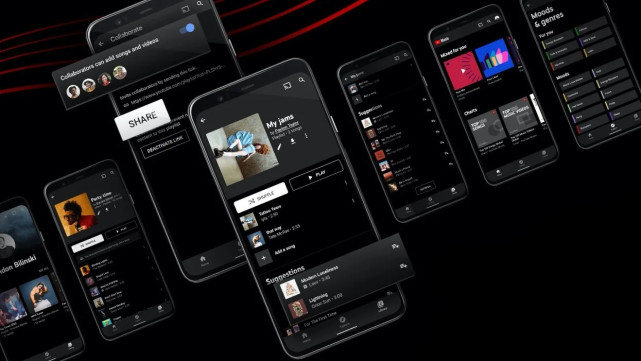 Google's YouTube is trying to integrate all its music services into a separate platform, YouTube music, to compete with music streaming services such as spotify and apple music

Tencent technology news, November 23, Google's video sharing platform YouTube has always been very important to the music industry. Now, by integrating all its music services into YouTube music, a stand-alone platform, it is trying to create a music world that spotify and apple music can't reach.

During novel coronavirus pneumonia in the past few months, musicians and bands can not perform tours, and can't attend music festivals or go anywhere. So they're stuck at home and can only improvise, live concerts on instagram, participate in popular games like fortress night or roblox, and sing on twitter. It's not exactly live, but it's a complete modern interpretation of the music industry.

As American rappers 6 Lack and their team start thinking about live shows, they want to do something different. Junia, co-founder LVRN 6Lack record label

Nevertheless ,6 Lack and the LVRN crew need the help of partners. As a result, they contacted their representatives in YouTube. Over the years, both sides have done a lot of things together. Sean, LVRN's other co-founde

YouTube seems to be the natural channel for such programs. It has more than 2 billion users and is the largest (no matter from any standard) video platform on the Internet, and music is one of the core functions of the platform. YouTube provide features that many Spotify don't have: powerful visual platforms, long-awaited premiere lack thousands of 6 fans, and community-centric settings that make all fans feel (almost) like watching a real concert. McNickle said:

YouTube was not long ago the enemy of the music industry. Despite its announcement that it was paying billions of dollars in royalties, industry groups called it the single biggest threat to the music industry. Recording companies and artists believe that YouTube don't pay them enough money or do n' t work hard enough to track down copyright infringement. Even now, record labels hope that European Article 17 such rules will help force YouTube to pay more attention to their platforms. But after years of careful effort and attention, YouTube seems to have regained the favor of the music industry.

Lyle, YouTube Music director and music legend, after a while at Def Jam and Warner Music Group

With this partnership on track, YouTube is now on a different path: maintaining and expanding its dominance in music. Instead of being a place for users to discover new songs, YouTube wants to integrate all music businesses into a single platform. For the past few years, it has been building and improving its YouTube music service, developing its own $10 a month paid streaming app. Now, Google has shut down Google play music, stepped up its efforts to promote YouTube music, and is ready to fight the giants.

On the one hand, YouTube was about ten years late. YouTube said, YouTube Music have over 30 million paying subscribers (up 60% since last year), But there Spotify 144 million. Apple Music have over 60 million users, This does not include Pandora (Pandora), Dizawa (Deezer), Tide (Tdal) and countless other services where people are already listening to music.

But on the other hand, it's still YouTube. YouTube has deep-rooted, undeniable advantages, more audience than all competitors combined, and almost unlimited resources. Industry analyst Mark

Where music streaming services are vulnerable to criticism, they don't seem to make much difference. Their repertoire may be slightly different, but their catalog has about 60 million identical songs. Maria Maria

Would you like to learn some dance with this song during this year's holiday? Want to learn to play this song on the guitar or piano? Would you like to hear president trump sing the tailored version of this song? Want to know how this song became so hot and almost everywhere? These all appear on the front page of YouTube Search results. YouTube has a unique corpus of music content that no competitor can match.

In recent years, YouTube has also created many products for musicians. Of course, there are live and premieres, but there are also community functions that allow artists to interact directly with fans. Artists can sell tickets on youtube, from virtual concerts to real-world concerts. Programs like foundry and artist on rise can help musicians grow on this platform with the advice and promotion of Youtube.

YouTube tried to provide a useful platform for all artists, but it seemed particularly attractive to the younger generation of artists, many of whom were already on the YouTube before entering the music industry. 17 year old singer and dancer Tate

Under normal circumstances, this means building tour partnerships across the platform, providing a lot of on-site opportunities and promotion. In 2020, this means making a biographical video full of animation and production value, creating content together and promoting McRae's channel. The platform is full of promotions.

Hamduni said the only thing he wanted YouTube to provide was a button that he could press to get 100 million views on any video he wanted. He believes that if YouTube want, it can guide this flow. But he knew it was right not to. He said:

YouTube should have the most powerful music streaming service seems certain. However, this is not the case. And the problem is partly because, in particular, YouTube and Google never seem to be able to stick to a plan for a long time. Several years ago, YouTube launched Music Key, a service that allows people to listen to music, download videos, and skip advertising in the context of mobile phones.

That's when google launched its Play Music All Access, however, and the service could be seen as a mixture of old-fashioned iTunes and Spotify. It'seems that having two services is not confusing enough, they are included in a subscription price and have nothing to do with each other. Many people who would have had free access to the two services paid for Spotify or Apple Music. instead

Over time, this part will only get worse. Even when YouTube music came online in 2015, it was part of YouTube red, a very subscription based service that also includes subscription to play music. YouTube music is somewhat different from youtube, although all the music is still on YouTube. Even the website is a mess: music.youtube.com And youtube.com/Music Turning to two different places, they seem to be completely unaware of each other again.

Fortunately, the equation is now simple. And there's only one Google music streaming service in the future: YouTube Music. It is divided into free versions that support advertising, or $10 a month, and offers what you might call it 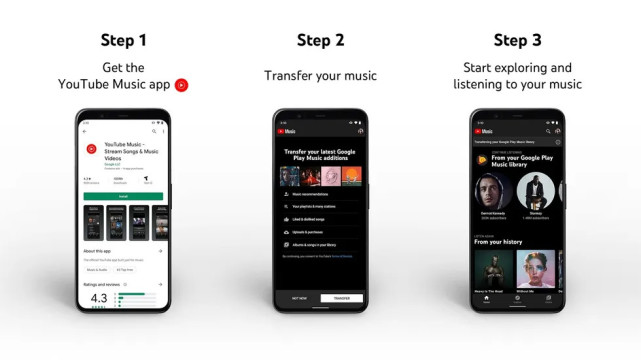 and then they have to build all these Spotify functions because without them you can not reach anywhere else. Fuller said:

So far, however, YouTube Music teams feel ready: their products are almost the same quality as existing products, and it's easy to find, play and share Fleetwood Mac favorite new tracks, just like on Spotify or Apple Music.

Now that the music part of the YouTube Music has been basically finalized, it is time to figure out the YouTube part. It turns out to be much harder than it seems. All the search results results are good, but most people want to hear Maria most of the time

Think about it: 3.8 billion people watched psy's "Gangnam style" music video. Most of these people may not be fans of Psy or Korean pop music, but find themselves watching this video because it was one of the great cultural phenomena of 2012. Should YouTube's algorithms and curators think this is a favorite song or a stupid video that no one wants to see again?

This kind of problem is ubiquitous on YouTube. Do users want to listen to studio songs or classic live performances? How about the cover? If someone searches for all I want for Christmas is you, do they want to set up a holiday music station, or do they want to listen to more than a dozen versions of the same song? Ford and his team are working on classifying songs with a complete set of metadata about rhythm, genre, style, instrument, etc. But how do you explain that baby shark will be the most popular video on YouTube? Is this the best song ever written? 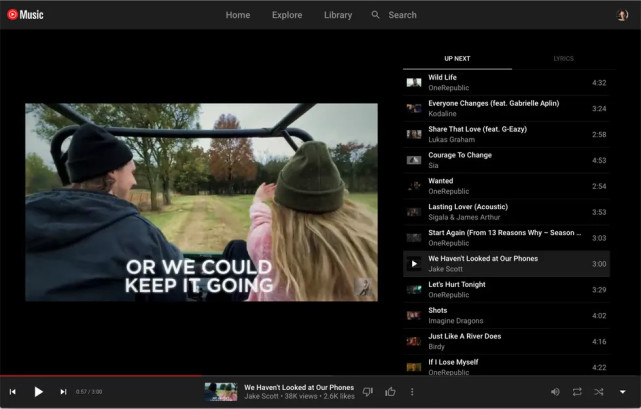 Although the YouTube music interface is an audio service, it still shines on music videos

YouTube is largely a forward-looking search and recommendation experience that brings all of these things together to the maximum and success. Most users of YouTube music just want to press the play button and get on with their lives, but they can't. Fuller says he has some theories, and YouTube has tried some feasible ways, including relying on third-party curators and always on radio stations, which have been very successful on the platform. But he admits that there is still a lot to be done.

While YouTube is trying to become like a music service, other services are becoming more like YouTube: spotify continues to invest in video, and Facebook has just signed a major agreement to become another official home page for online music videos. YouTube still has great advantages, but time has eroded some of them. If there is a better place to go, the music industry will go there. What YouTube music has to do is continue to help billions of people discover new music, and then keep them from leaving when they find new music. (Tencent technology reviser / Jinlu)