Tesla Shanghai plant starts production of model y, which can be delivered as early as January next year

According to the latest aerial photos of Tesla's Shanghai factory, the factory has begun to officially produce the domestic model y. The picture shows that about 40 model Y's are parked in the parking lot, each covered with a protective cover.

These vehicles appear ready to be delivered to customers and are more sophisticated than other model y models that have been found everywhere in recent months. As model y enters production, Tesla appears ready to begin mass delivery of the all electric crossover in January 2021. 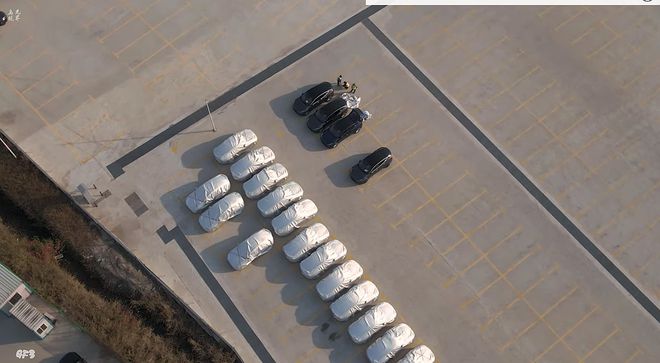 This should help Tesla's Shanghai plant achieve its production target of 550000 electric vehicles, including about 250000 model y, next year. The model y is expected to become Tesla's best-selling model, even surpassing the model 3, which continues to dominate the electric vehicle market in China and around the world.

Musk is a frequent visitor to Tesla's production facilities, and the Shanghai plant is no exception. Although he was confined to the United States for most of 2020 due to travel restrictions brought about by the epidemic, he still visited Europe several times to inspect the progress of the Berlin plant.

Related news
Tesla Song Steel: Domestic Model 3 will achieve localization of all parts by the end of the year
270 thousand times! First delivery of Tesla Model Y: Affordable
Tesla Shanghai Superplant Model Y scheduled to be delivered next yea
NVIDIA classic computing card series Tesla to be renamed: too confusing with Tesla
Tesla Shanghai plant starts production of model y, which can be delivered as early as January next year
Tesla Model y has to wait for a quarter to pick up the car after the price reduction, and the analysis says that there is a high probability that the price will be reduced
Hot news this week
The 560m Chinese woman who bought luxury homes has also been involved in JD.com's investments in Tuniu, Vipshop and Fafa Qi
Son's bet that ARM's listing will boost SoftBank's stock price?
China's first "smart factory" for offshore oil and gas equipment manufacturing has been put into operation
The largest professional wholesale market was granted an Internet payment license, and 449 million yuan became the actual controller of Fastlink
'We're all going to die' if South Korean government doesn't fix Semiconductor industry, former Samsung executive says
Safer than traditional invasive! China's first successful animal test of self-developed interventional brain-computer interface
More than 2.3 billion wealth management products exploded, and the big game factory suspected to step on the Thunder Wutu Mine Trust
AMD is expected to increase the power consumption of its RX 7000 graphics cards under pressure from rivals
Us' sour Fox 'launched cyber attack on China, experts say, raising doubts it is preparing for a bigger cyber war
Xiaomi invests in the establishment of semiconductor technology companies. Is the pine cones surging chip live?
The most popular news this week
How does Nvidia also "China Recruitment" facing online ransom attack companies to prevent problems before they occur?
Apple updates CarPlay this autumn: can buy gasoline directly through the vehicle screen
Twitter poached a new co-head from NBC Universal
Apple, Samsung pull out as Chinese smartphones take two-thirds of Russian market
Google's iOS app is available on all Android 12 phones
China’s First Desktop Operating System Developer Platform openKylin Launched
Apple's new App Store rules take effect on June 30: Apps must have a built-in "delete account" feature
The top American expert, the top of the American expert, take Pfizer's new crown oral medication after the medicine: the symptoms are worse
Naixue's tea launches virtual stocks, which is still the points game in essence. Lawyers reminded to pay attention to speculative risks.
Industry: Storage chip price fluctuations may last until Q4, 2022