On the first day of the new year, Tesla announced that model y and new model 3, all intelligent medium-sized SUV models made in China, will be officially delivered in January. This is also the first launch of model y in China, which will intensify the competition in China's SUV electric vehicle market.The model y, made in China, is a long-term version and a performance high-performance version, with a price of 339900 yuan.

In addition, Tesla also launched the performance high-performance version of Model3 at a price of 339900 yuan. 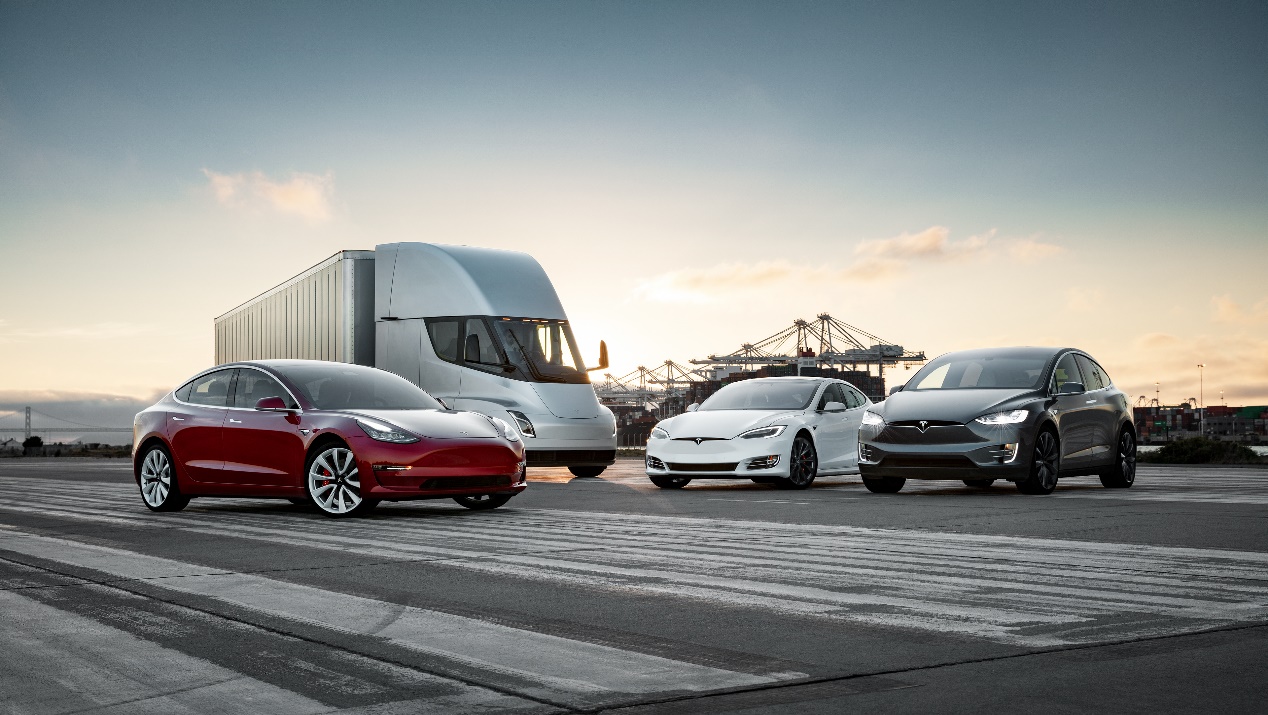 According to Tesla's financial report for the third quarter of 2020, model Y's sales in the global market have exceeded model 3. Tesla China website has opened the appointment test drive of model y. However, the first financial reporter has tried to make an appointment many times, and the system has never been able to refresh. In response, the head of Tesla customer service responded to the first financial reporter: "at present, the number of visits is relatively large, and we may need to wait patiently."

Boosted by price cuts and other factors, Tesla has occupied about 40% of China's electric vehicle market. In November 2020, the sales volume of Tesla electric vehicles in China exceeded 20000, while the capacity of Tesla Shanghai Super factory has increased to 250000 vehicles per year. Meanwhile, Tesla began exporting Chinese made electric vehicles to the European market last two months. With the mass production of model y, Tesla's market share in China is expected to further increase, which will also help Tesla achieve its goal of producing 500000 electric vehicles annually.

In China's new energy electric vehicle market, in addition to Tesla, there are also local manufacturers such as Weilai, Xiaopeng, ideal and Weima. According to the report of automotive consulting company mobility, in October 2020, the total sales volume of the four Chinese auto companies reached 14790, while the sales volume of Tesla in China was 12143.

Tao Lin, vice president of Tesla, said in an exclusive interview with China business news recently: "the price reduction is a manifestation of Tesla's ability. Now Tesla's localization rate target has been basically achieved, and there is little possibility of further price reduction in the future." She also said that the price of electric vehicles is related to the cost and is affected by the cost of raw materials and the cost of electric vehicle parts.

"The pricing of model y is very competitive and will enable Tesla to further occupy the Chinese market," bill Russo, founder and CEO of automobile, told China business. But the strength of China's electric vehicle enterprises can not be underestimated. It is not the end of the game yet. "

Shen Hui, founder, chairman and CEO of Weima automobile, told China first finance and economics that he was not worried that domestic model y would "steal" the market share of Weima and other local enterprises. "We are still in the stage of making the cake bigger. At present, the sales volume of several major Chinese electric vehicle brands in the market can only compete with Tesla in a month. After all, Tesla is an enterprise with 18 years of history, while Chinese electric vehicle start-ups generally have only about five years of market experience."

On the last trading day of 2020, Tesla's share price rose by 1.57%, standing above $700, with a cumulative increase of 743% for the whole year and a market value of $675.6 billion. Driven by the soaring stock prices of Tesla, the stock prices of the stock market, Xiaopeng and ideal cars in 2020 continued to rise, with the total annual growth of more than 1112%. The market value surpassed BMW and Daimler, and the market value of the last trading day was $76 billion 600 million in 2020, returning from the "edge of bankruptcy" to "the top of the bubble".

But Tesla's competitors are far more than Chinese local enterprises. In the future, it may face greater challenges from traditional multinational auto giants. This week, BMW announced that by 2023, the proportion of BMW electric vehicles will reach 20%, which is only 8% at present. Guillaume Sicard, CEO of brilliance Renault, also said in an exclusive interview with the reporter of China first finance and economics that it will consider launching a series of electric vehicles specifically for the Chinese market in the future, and will expand the export of electric vehicles made in China to Europe.

Related news
The starting price dropped to 299000 yuan! Disclosure of domestic Tesla Model 3 supply chain
How does Tesla Model 3 start at less than 300000 yuan?
Tesla's domestic model 3 drops to below 300000 or stirs up the market pattern
Tesla Song Steel: Domestic Model 3 will achieve localization of all parts by the end of the year
Tesla Shanghai plant starts production of model y, which can be delivered as early as January next year
Domestic Tesla Model y officially landed in China electric vehicle market competition intensified
Tesla Model y has to wait for a quarter to pick up the car after the price reduction, and the analysis says that there is a high probability that the price will be reduced
The price of domestic model y rises 8 thousand suddenly! Netizen: Tesla is planting leeks?
After changing the battery, is Tesla Model y going to start killing?
The suspension store falls off the hidden danger! Tesla has recalled more than 20,000 chinese-made Model Y vehicles
Hot news this week
The developer of the dating app Tinder has reached an agreement with Google over billing rules for its app store
Still did it! Canada has banned Huawei and ZTE from participating in the country's 5G network on "national security" grounds
Red Elf Lightning erupts in the Himalayas Spectacular Spectacle: Experts Reveal What Exactly Is This?
Shipments in the first quarter fell 11%, exposed Xiaomi, OPPO, Vivo cut orders 20%, Apple bucked the trend to increase production
The founder of the Internet Quick Hand Su Hua was taken away for investigation, and the fast hand responded: the news was not true
Wang Xiang, president of Xiaomi, explained that a shortage of low-end chips is a major challenge in overseas markets
Or for Studio Display Pro, the release of Apple's 27-inch Mini LED-backlit Display has been delayed by October
Tencent Q1: The business service business has "slightly decreased" year -on -year, and resource centralized video cloud and network security | View financial report
One picture to understand! Blue Factory has issued 3 new machines in a row: self-developed chip blessing, the narrowest lower border
Sony released the active noise-canceling headphones WH-1000XM5, equipped with 2 chips and 8 microphones
The most popular news this week
Amazon's new CEO participated in a shareholders' meeting for the first time: to restore normal profit, ready to cut off the excess warehouse
Baidu, Shunwei and Fosun are shareholders, and pharmaceutical Internet "unicorn" pharmacists help hand over the watch to the Hong Kong Stock Exchange
Google CEO Pichai: Recession fears intensify The cycle volatility in the tech industry is even more intense
Amazon CEO first appeared at the shareholders' meeting: to restore normal profit
Sony claims that the full recovery of membership upgrade fees is a technical error
Taobao 618 will be launched in the Yuan universe shopping: three -dimensional "shopping Taobao"
Yuncong will be listed on the Science and Technology Innovation Board on May 27 at 15.37 yuan per share
The amount refunded by the game company to the minor recharge should not be "discounted"
Regulatory Shot! Behind the app downtime of many securities institutions: how to break the digital transformation of securities companies
Apple iOS 15 Maps began offering AR walking navigation in Tokyo, Japan