Why are flies so hard to catch? Scientists explain why

As we all know, it is almost impossible to catch a fly. The insect has specialized hind wings that help it take off from a stationary position in an instant to avoid imminent danger. As a result, they are hard to shoot. In general, flies mainly use vision to escape danger. 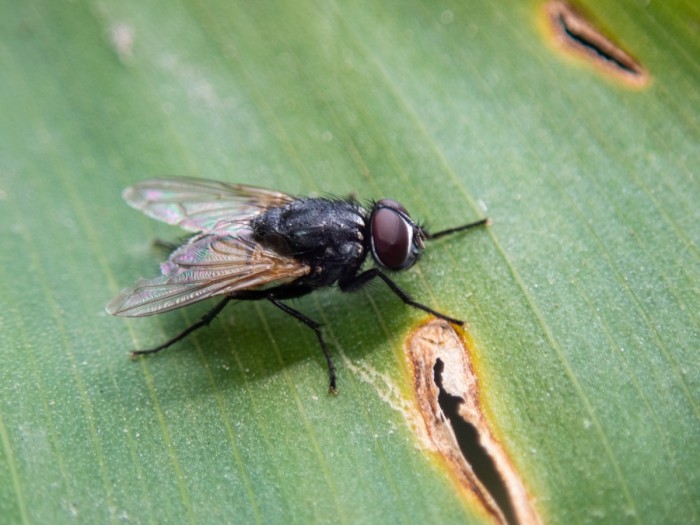 Recently, Alexandra yarger and his team at Case Western Reserve University found a new mechanism to help them escape from danger. The relevant research results were published in the Journal of the Royal Society B: Biological Sciences on January 13.

All kinds of flies are known as the shortened hind wings of the balance stick, which do not produce useful lift, but act as a sense organ to help insects maintain balance in flight.

Petaled flies include houseflies and green headed flies, which can move their hind wings rhythmically when they are still.

"This insect is the only group to do this, but why they do it is still a mystery." Yarger said.

Yarger's team tested whether this behavior affected the fly's take-off.

Using high-speed cameras, the researchers photographed the flight of more than 20 species of flies and found that the petal flies take off at about five times the speed of other flies.

The team then removed the balance bar and found that the takeoff speed and stability of the petal flies decreased.

"We think there might be a path for information to go from the bar to the legs and make them take off faster. This path does not pass through any central nervous system, which is almost a kind of conditioned reflex. " She said.

Fast take-off will help the flies avoid injury. "That's part of the reason they can escape very quickly."

Jessica fox, a member of the research team, said that the transition from take-off to flight is a challenging thing, and the balance bar is obviously very beneficial to this transition.

Related news
Are you OK？ Sogou input online "Lei Jun imitation" voice
Why are flies so hard to catch? Scientists explain why
Hot news this week
Yingchi b560 / h510 series motherboard comes with shock!
The first mass production scroll screen mobile phone is set! LG confirms to release this year: or adopt BOE screen
Replacing Dell, AWS takes the lead in the global storage market, and azure ranks third
Trumpra black millet! In the last week of his term, he also asked us investors to withdraw their capital before the "double 11"
Chrome 88 new feature exposure: View PDF document properties
No reason for wechat to ban flying: Hope Tencent to stop interfering in the order of public opinion dissemination
ASUS launches Rog flow x13, Zephyrus duo 15 Se and Strix scar 15 / 17 playbooks
What is the experience of working in a big factory? Huawei, Alibaba and Baidu employees said so
40 year old programmer sentenced to 7 years for "deleting database": 9 TB of financial data was deleted without notice
SpaceX's second generation cargo dragon spacecraft has been docked at the international space station for more than one month
The most popular news this week
The original hammer team is merged: no longer research and develop nut mobile phone and TNT display
Intel, amd motherboard model chaos: look at this picture can distinguish
Linux 5.12 will provide better support for Microsoft Surface devices
Appeal failed: Apple needs to pay more than $1.1 billion to VirnetX
Is the world's first risc-v AI single board computer worth $119 to embrace open source?
Why is the 996 working system so popular?
Aiming at spotify? Apple is considering a podcast subscription service for a fee
Earth first! First ignition failure of us lunar rocket: one engine scrapped
Cloud rice Internet washing and drying machine neo2 released: 23 kinds of washing and care mode automatically put detergent
Huawei releases the exclusive 2021 New Year's package: independent warehouse design