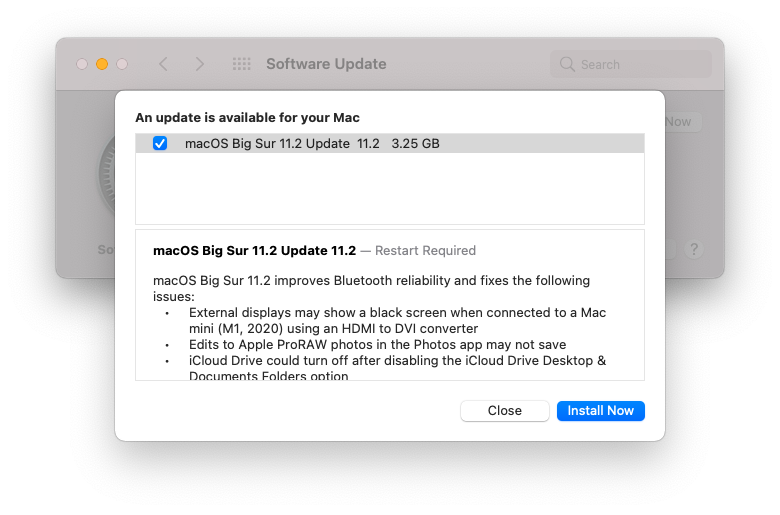 Apple's full release notes for this update are as follows:

-When using HDMI to DVI converter to connect to Mac mini (m12020), the external display may display a black screen

-System preferences may not be unlocked when you enter the administrator password.

-The global key may not display emoticons and symbol panes when pressed.

Although not mentioned in the release notes, a beta version of MacOS Big Sur 11.2 has removed a feature that allows Apple apps to bypass third-party firewalls, security tools, and VPN apps. MacOS Big Sur 11 contains a content filter exclusion list, which enables Apple's app store, maps, icloud and other applications to avoid firewall and VPN applications installed by users.

These apps can't filter or check the traffic of some built-in Apple apps. This function has been removed. Apple apps will now be compatible with VPN apps and no longer be able to bypass firewalls and other security tools.