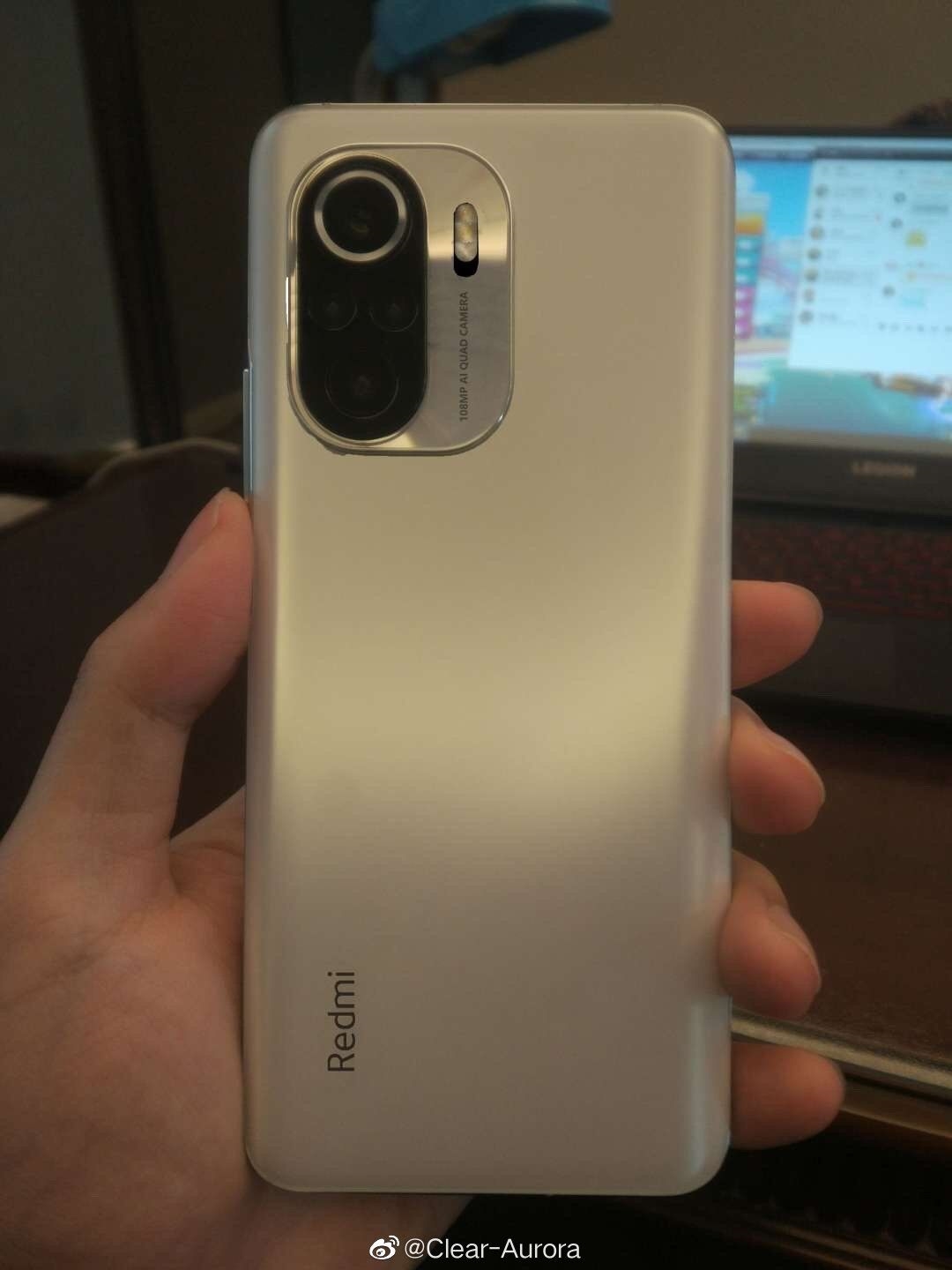 According to the pictures, the design of redmi K40's back is exactly the same as that of MIIT's ID photo, with high credibility,The real machine announced is a white Ag body, which is very similar to the white version of Xiaomi 11.

At the same time, redmi K40's back camera module has also become the design idea of Xiaomi 11,On the right is the area of the strip astigmatism lamp and a suspected laser focusing module.

It is worth mentioning that 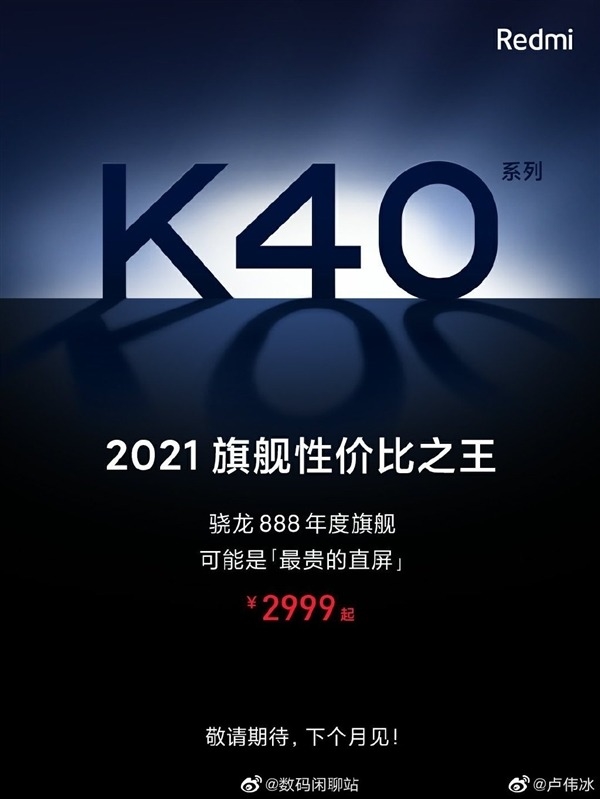 The redmi K40 series will be released on February 25

According to the previous news,

At present, red rice has officially announced that it will officially release redmi K40 series new machines on February 25. It will have three models, with prices of 1999 yuan, 2999 yuan and 3999 yuan respectively. It is worth looking forward to with full cost performance.

Related news
Redmi K40？ Xiaomi flagship access: support 33W fast charging
Exposure of Hongmi K40 series new machine into the network or the cheapest Xiaolong 888 mobile phone
The ultimate cost performance! Redmi K40 / Xiaomi 11 Lite certified by Russia
Redmi K40 Pro Real Spy photo exposure: inheriting the appearance of Xiaomi 11 "angel eye" four eye-catching photos!
Redmi K40, notebook and TV appear on the same platform
Align redmi K40! Exposure of Xiaomi 11 Youth Edition: equipped with high brush OLED screen and side fingerprint
Redmi K40 game version first revealed: carrying the industry's first miniaturized model shoulder key
Additional charging head! Lu Weibing sun redmi K40 game packaging box
8g is better than 12g! Lu Weibing: 70% of redmi K40 users choose 12g memory
Rice noodles like straight screen. Xiaomi 6 is still in service. Lei Jun recommends redmi K40
Hot news this week
China has found 35 known cases of the new zoonotic virus Langya
Losses in a single quarter of $ 23.4 billion a record, SoftBank did not carry the plunge of technology stocks and the devaluation of the yen
The prevention and control of the American Monkey epidemic has failed. What should I pay attention to?
Is the micro -business headache? WeChat friends are suspected to have a big move: 7 can only be posted a week
Kuaishou launched a self-developed cloud intelligent video processing chip: The chip has been streamed successfully
The new product of Xiaomi MIX is coming: both internal and external dual -screen has been upgraded to make up for the previous generation.
A new zoonotic virus, Langya, found in China has not yet been confirmed to be transmitted from person to person
Ministry of Public Security: Single telecommunications network fraud continues to cause 40 % of all electrical fraud cases
Special price "kill ripe"? Bike-sharing platforms have different prices for the same package for different users
A tech company in Shanghai has been fined 220,000 yuan for swiping orders to improve its ranking on Yelp
The most popular news this week
Executives' stole 'chip technology to set up a company and sold it to employers for 1 billion yuan
The total sales volume of PS4 may set 117.2 million units currently ranking fourth in sales machine sales
MacOS Ventura feature page removes third-party app 'Hide My Email'
Yuyuki Kobayashi joins NetEase game! He worked on Devil May Cry 4 and Resident Evil 4.
Cyber violence governance needs the concerted efforts of all sectors of society
WeChat releases a new specification for the public account avatar setting, and the official news reminder is prohibited
After the U.S. chip bill takes effect, the manufacturer's snatching subsidy war is even more intense
Thousands of flights in the United States are delayed or canceled: User collapse extreme weather is frequent
Off the shelves one after another! The Sogou search App followed in the footsteps of Sogou Map
Xiaomi MIX flagship top with price reduction: consistent with the price of 12S Ultra