Electric vehicle lucid to be listed: valued at 12 billion US dollars, abandoned by Jia Yueting

Lucid motors, an electric start-up car company previously invested in the United States by Jia Yueting, the founder of LETV holdings, recently planned to go public on a curve. According to foreign media reports, lucid plans to merge with special purpose acquisition company Churchill capital IV Corp. after the merger, the new company will be valued at $12 billion.

Churchill capital IV Corp is already in talks with investors to raise more than $1 billion, and may eventually raise $1.5 billion through the pipe model. 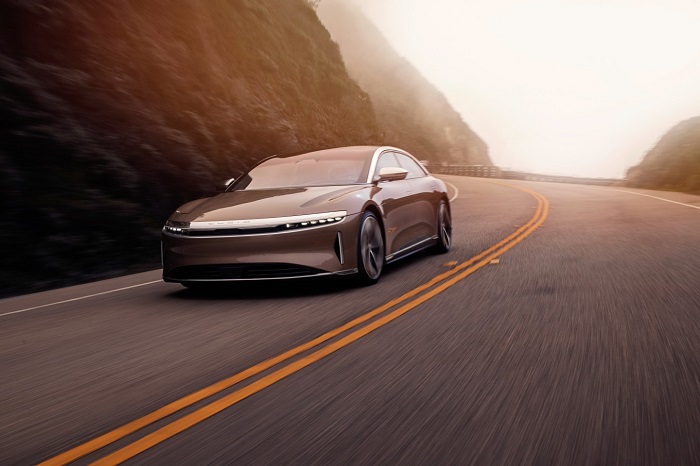 Lucid, formerly known as atieva, was founded in 2007 by Bernard TSE, a former vice president and director of Tesla, and Sam Weng, a former Oracle executive. The car manufacturer will specialize in electric cars.

Many of lucid's engineers are from Tesla, a competitor. In January 2014, BAIC invested US $100 million in round C financing of lucid motors, holding 25.02% of the shares, making it the largest shareholder of lucid motors.

In November 2019, lucid Motors' plan to build a factory in Arizona with a capital of US $700 million (about RMB 4.9 billion) was approved by the local government.

Lucid plans to start delivering $169, 000 in electric cars to U.S. customers in the second quarter. Previously, Faraday future has also announced that it will be listed on the US Nasdaq stock exchange through a merger with property solutions acquisition Corp.

The merger provides about US $1 billion for Faraday future ("FF"), including US $230 million in cash held in trust by PSAC (assuming non Redemption) and US $10.00 per share over subscription of fully committed common stock pipe of US $775 million. As a financial investor, Geely holdings also participated in the listing of Faraday future spac with a small amount of investment.

After the completion of the transaction, the new company was valued at about $3.4 billion; after the merger, the company was named Faraday future Inc., and traded under the new stock code "ffie". The deal is expected to close in the second quarter of 2021.

Merger with spac has become a popular alternative to IPO for companies seeking to go public. These companies hope to pass less regulatory review and more certainty about the valuation to be obtained and the funds to be raised.

Many companies, such as Nikola and Fisker, have gone to the capital market in this way.

Related news
The "shrewd" of Jia Yueting's bankruptcy and reorganization and the difficult Choice of Chinese creditors
American bankruptcy court Supervisor: Jia Yueting's dishonesty before and after applying for bankruptcy
Jia Yueting: congratulations on Tesla's record market value and the turning point of change in the automotive industry
Make concessions! Jia has filed a list of the core provisions of the bankruptcy reorganization plan with the U.S. court
LETV: even if Jia Yueting successfully applied for bankruptcy, he still needs to repay 9 billion yuan of debt
When will Jia Yueting return home? LETV's delisting chairman said: continue to pursue debt
Electric vehicle lucid to be listed: valued at 12 billion US dollars, abandoned by Jia Yueting
$64.99: Microsoft launches new Xbox wireless handle with electric volt color matching
Hot news this week
Templates for creating new Twitter in the future? Musk's praise of WeChat has triggered a heated discussion on the whole network
Tencent Music's TME live will re-screen Jay Chou's concert on may 20 and 21
Sony's new LinkBuds S headset parameter exposure: only 4.8 grams of comprehensive battery life 20 hours
Weak demand in the mobile market! Domestic shipments of mobile phones fell 40.5% in March to a two-year low
Henan 4 village bank line cannot withdraw cash? CBRC responds! The public security organs have registered an investigation
Baidu: In 2021, an average of 56 billion malicious information of all kinds will be intercepted every year
"Chinese version of LV" is re -executed 680 million! Reporting the property clues of the chairman, up to 8.66 million yuan
Pig companies continue to increase technology, just launched the smart pig farm, another 100 million to set up a technology company
The Jingdong Express bulk order sent to Shanghai across the country is completely static? JD.com: Not true No such information has been published
Still did it! Canada has banned Huawei and ZTE from participating in the country's 5G network on "national security" grounds
The most popular news this week
The domestic screens are rolled to the 2K screen. Why don't Apple follow the roll?
Meizu 19 series coming? Meizu mobile phone appearance patent disclosure: the return of secondary screen
Jingdong crowdfunding 10000mAh mobile power supply: with Apple Lightning and Type-c dual wires
Mobile phone chip CPU energy efficiency ranking: it is comparable to A14
What can we learn about m& # 111nkeypox cases in many countries around the world?
Alibaba Daniel Zhang connects 300 platform merchants: do more practical things for merchants
At the age of 58, he was elected as the chairman of Everbright Bank! Former President of Bank of China and Construction Bank
Buy An Audi or a Tesla? Audi's new electric vehicles are on sale: from 300,000
The first domestic Tianji 1300 mobile phone did not fire first! More than 260,000 people made reservations
The Chinese team officially made up for the bronze medal in the Tokyo Olympic relay! Su Bingtian responded excitedly