China's first focus on mobile social app shut down, was the first rival of wechat 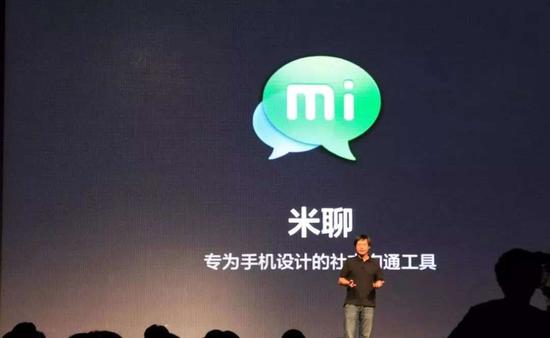 At the beginning of the eleventh year of its birth, michiao left the scene in dismay.

If there is no accident, Chen Kai will no longer be able to log in and use the MI chat app after 12 noon on February 19. On the eighth day of the first lunar month, the Spring Festival holiday has just ended, and the festive atmosphere is still overflowing all over the world. But this day is also the day of the official shutdown of MI chat, and China's Internet world has once again lost an app.

Behind Mi chat are Xiaomi company and Lei Jun. It has a group of die hard fans who have followed Mi chat for 11 years. 19 days before it was shut down, the farewell was over. 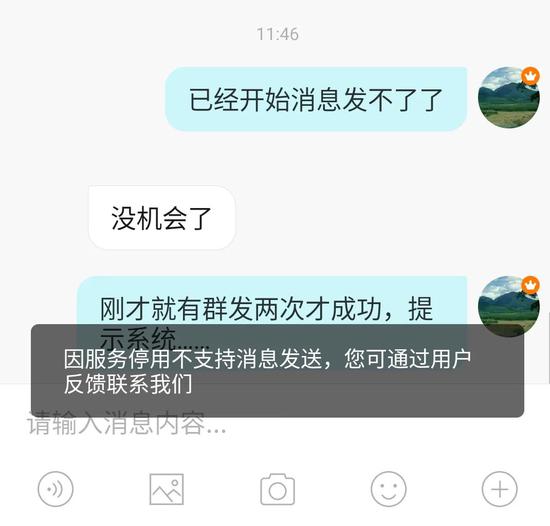 Michiao may be reborn in another way, but it can't hide the fact that this instant messaging software, which was released in December 2010, has experienced explosive user growth, gratifying user active data, and has become a leader in the industry. At the beginning of its tenth year of birth, it has left the market in dismay.

The reason for choosing Mi chat is related to the elderly

Zhu Xiao did a lot of homework before buying a mobile phone for his 80 year old grandmother. Grandma's hearing is not good, and her memory is not good. When she learns to use electronic products, she has to repeat it many times, so she has no patience. Zhu Xiao hopes to find a mobile phone that is convenient for the elderly. If there is an app suitable for the elderly, it would be better. 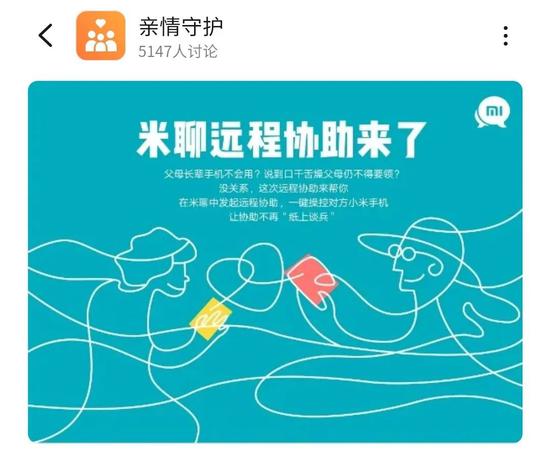 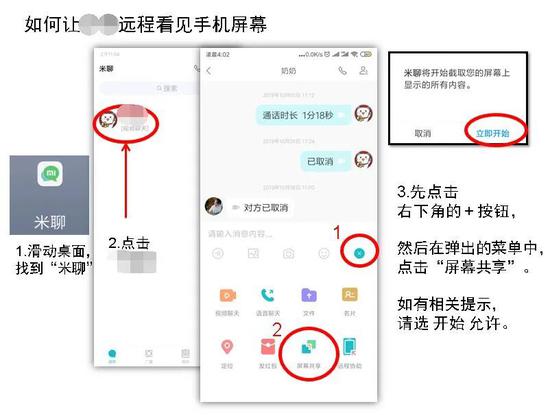 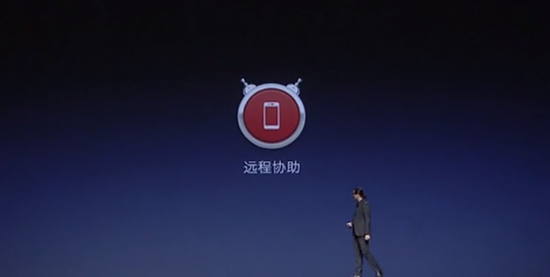 Only 40 days of peak

According to the announcement, the suspension was due to business changes. In its ten years and one month history, mitiao has experienced several strategic contractions, but the shutdown is far later than many people expected. 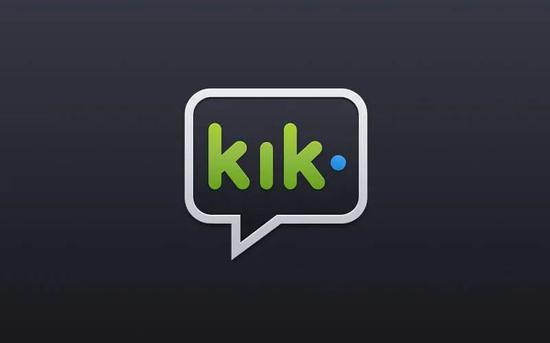 To some extent, MI chat represents Lei Jun's will, and also complies with the Internet mobile social wave at that time. As the first chat software specifically for mobile Internet in China, the number of users increases rapidly in a short time, almost doubling in a week, and soon reaching 1 million registered users. In the era of instant messaging and social networking just started, michiao has achieved its praiseworthy achievement with its first mover advantage.

The entrance of the magnate is more or less with a sense of aggressive expedition. A few months after its launch, Tencent began to invest more resources in wechat. It not only opened QQ to wechat, but also spread various advertisements. 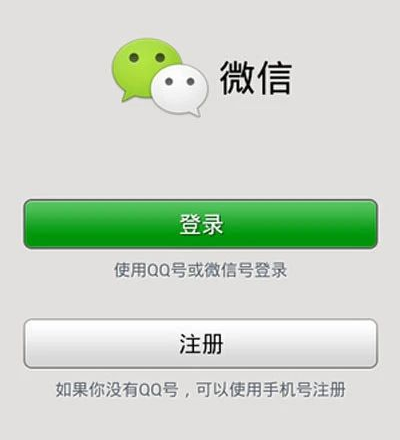 At that time, the mobile social industry was just in its infancy. Various aspects of software and hardware had not yet fully taken shape, and the competition for users between different apps was almost white hot. Relying on its inherent advantages in the field of instant messaging, wechat and miciao are fighting hand in hand, and Xiaomi once assigned many excellent engineers to the miciao team.

However, Xiaomi is just a start-up company. Problems such as small team size and lack of funds make it impossible for them to confront Tencent head-on. Due to a series of problems such as network construction and stability, mitiao suffers from server crashes, dropped lines, lost voice and so on. The user experience is very poor.

On the one hand, the new functions of wechat have been introduced repeatedly, and the server is stable, so more and more users begin to use wechat; on the other hand, Xiaomi has won a strategic victory in the mobile phone market, and the team resources need to be further invested in the hardware market to make core strategic choices. 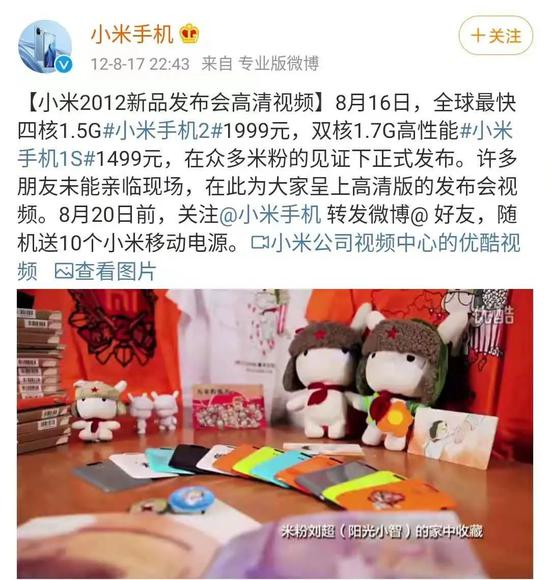 With the declining trend of MI chat, wechat began to shake off Mi chat.

Ten years of ups and downs, now the Internet has been difficult to find the earliest Mi chat users, only from their posts or discussions can vaguely feel that year's hot.

During the contraction period of michiao, it tended to develop into a simplified version, from which the core team bred the Xiaomi cloud platform. They did not waste the technical ability trained by michiao. At the same time, behind Mi chat, there are competitors in the live, short video, social and other tracks, but the voice of MI chat is gradually fading away. 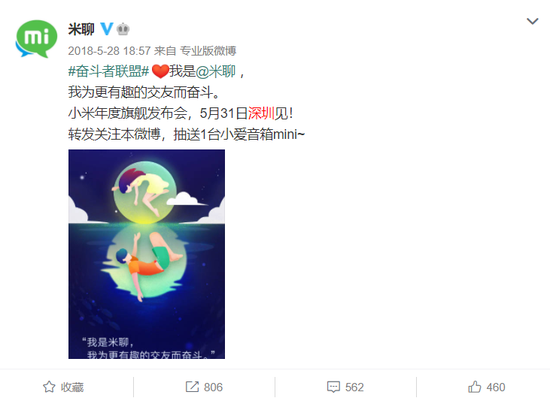 After the re launch, the MI chat team started a series of internal tests and invited many Mi chat users to participate in them. Chen Kai is one of them.

Through his active role in MI chat, Chen Kai gradually connected with other Mi chat users, and also began to contact Mi chat developers and operators, including Chen Yong, who was directly responsible for MI chat business at that time. The staff of Xiaomi have a direct dialogue with users on the MI chat channel, discuss the products, and give positive feedback on relevant issues. 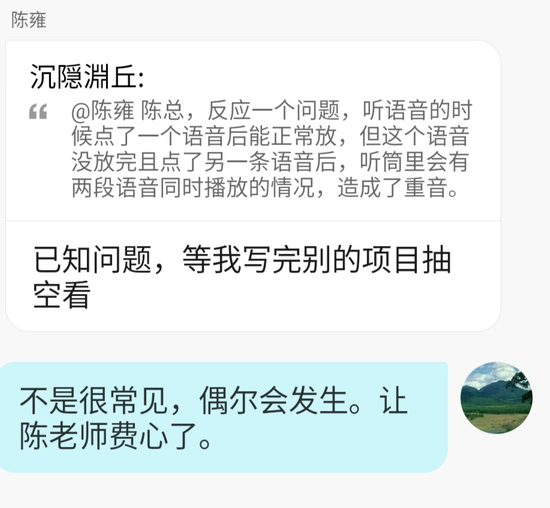 Chen Yong replied to the user's questions in the group 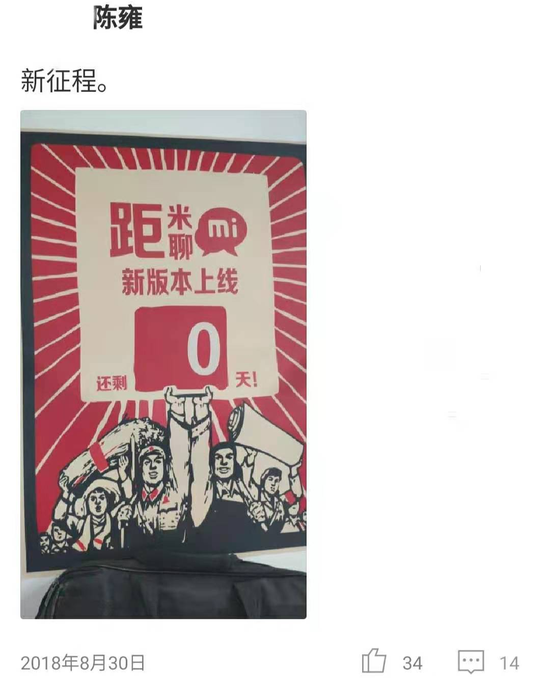 Coincidentally, in the pro version of wechat open class held on January 19, Zhang Xiaolong said that he hoped wechat would be as simple as ten years ago, small and beautiful all the time.

All the products are small and beautiful, but most of them become more and more bloated with ambition. 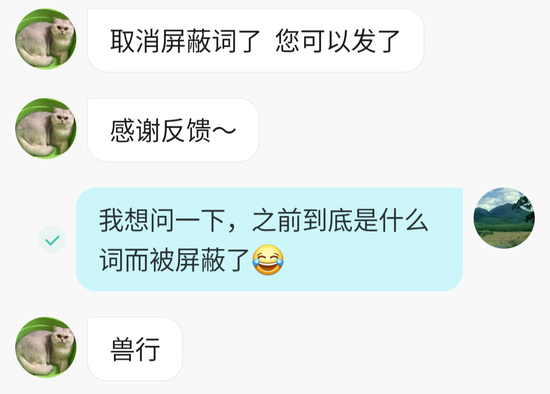 The staff answered the user's questions and drew the interviewees

As a chat user, Kanglin is not satisfied with the official response speed of chat. In May 2020, Kanglin bought a Xiaomi mobile phone for her mother to use the remote assistance function. After learning that this function can only be used through Mi chat, he used Mi chat as a tool to help his mother operate the mobile phone and often used it. However, from the very beginning, there has been a bug: we can't use Bluetooth headset for voice or video. It's played out by default.

Kanglin couldn't find a customer service and didn't get a response to the feedback. In the end, he even made a report call on mitiao's official website, but there was no result. This bug has been updated several times and has not disappeared, but Kanglin has no choice. The remote assistance function still has to be used. Until now, it has to be stopped. This bug still exists.

Kanglin's series of feedbacks may be due to the restructuring and strategic shift of the team. 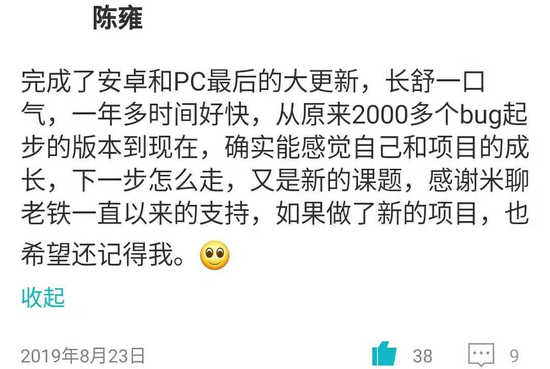 The MI chat group formed by Mi chat sister (MI chat operator) was very active. The group friends not only analyzed products and pointed out bugs, but also had a lot of discussions in life. At this time, they began to worry about the trend of MI chat.

According to the announcement on the official number of michiao, tuyuan interviewees

The last update of miciao was on January 19, 2021. However, this platform wide update is just to make users pay attention to the upcoming announcement. The next day, miciao announced that it would stop serving.

Once upon a time, users of MI chat went back to MI chat group and post bar to express their dissatisfaction with MI chat. Many rice noodles also expressed their feelings for MI chat in their circle of friends. They missed knowing Mi chat from the first mobile phone, complained about why they had to shut down, and felt that their youth was over. 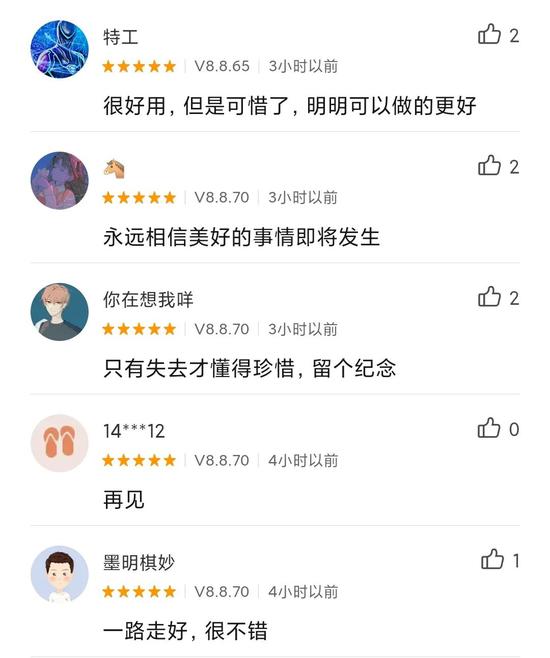 After the announcement that it will be shut down, michiao is in the comment area of the Xiaomi app store

Michiao may not be a very successful app. After all, it has been shut down in a gloomy way. In the process of operation, there are many kinds of swindlers who use it as a crime tool. None of this seems to be enough to make people feel sorry for him.

The emergence and shutdown of these apps bear the exploration and transformation of the Internet industry in the development process, and are the footnotes of the increasingly benign market competition.

(all interviewees in this article are pseudonyms)