According to the latest statistics released by Gartner, a market research organization, on February 23, Apple's smartphone shipments in the fourth quarter of 2020 surpassed that of its rival Samsung Electronics, taking back the top position for the first time since 2016.

According to Gartner, apple shipped nearly 80 million smartphones in the quarter, surpassing all other smartphone manufacturers, including Samsung. This is the first time since 2016 that Apple has regained its top position in the smartphone market in terms of single quarter shipments, the report said. 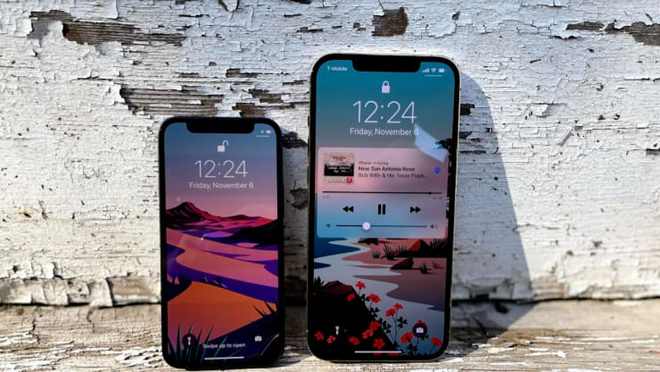 Apple's strong holiday shopping season and Gartner's latest estimates show that the company's iPhone 12 series, with 5g features and a new exterior design, is very popular in the market. These figures also show novel coronavirus pneumonia has been better tested by apple than its competitors.

IDC, a market research firm, also released its own statistical report last month, showing that Apple shipped 90.1 million smartphones in the fourth quarter of last year. IDC's report also said it was the best quarter for all companies in terms of smartphone shipments.

Apple didn't announce sales of its devices. However, the company said revenue from the iPhone grew 17% year-on-year in the fourth quarter of 2020 to $65.6 billion. Apple's business is heavily affected by seasonality, and the fourth quarter ending December is usually the company's top quarter for sales.

The biggest drop in smartphone shipments was from Huawei, which saw its handset sales fall by 24.1% in 2020 as it was affected by restrictions on the supply of parts in the United States. Gartner data also showed that although Samsung did not face the same challenge, last year's shipment volume still fell by 14.6%. (small)

Related news
Tesla 2019q4 financial report: not enough money to go to Mars
Counter point: Q4 in 2019, apple recaptured the world's first, Huawei's third and Xiaomi's fourth
Omdia: Huawei fell out of the top 5 in global smartphone market in Q4 last year
IPhone Q4 shipped nearly 80 million last year! In recent years, it is the first time to surpass Samsung
HDD Q4 shipments fell nearly 10% to 64 million units: Seagate was no. 1
SA: Apple leads the global smartphone market in Q4 2021 Samsung remains the first in the year
SA: Global smartphone wholesale revenue in Q4 2021 increased by 6% year-on-year
Hot news this week
Too many questions! Apple has changed the timing of the official release of iOS 16 series
Monkey acne cases have ranked first in the world that the United States has announced the emergency state of public health
Tencent and Logitech cooperation of the cloud game console Revelations: equipped with Android system configuration is low
Credit card points rule intensive adjustment online transaction points more "valuable"
High reserves and low cost experts: calcium ion batteries replace lithium batteries to stand up to the daily
Alibaba executives interpret financial results: the focus of the consumer side is no longer to attract new, but to do a good job in stratified operation
Losses in a single quarter of $ 23.4 billion a record, SoftBank did not carry the plunge of technology stocks and the devaluation of the yen
The prevention and control of the American Monkey epidemic has failed. What should I pay attention to?
Sources say Samsung's Galaxy Z Fold4 is going up in price: a 512GB top unit will cost more than 13,000
Is the micro -business headache? WeChat friends are suspected to have a big move: 7 can only be posted a week
The most popular news this week
After selling Tesla for $6.9 billion, Musk said he was not selling it, but a survey said he was still selling it. The title of the world's richest man may not be guaranteed next ye...
Distributed database OceanBase announced 4.0 product release, single -machine deployment performance is super mysql
The three major indexes of the US stocks opened sharply: ROBLOX fell more than 4%, Twitter and Tesla rose more than 3%
Japan has confirmed that China has overtaken the US for the first time in the world's top three indicators of scientific papers
A wake-up call for Apple? Foxconn says it is feeling the sting of slowing demand for smartphones
Joining Chip Alliance could serve as bridge, says South Korean Foreign Minister
Joe Biden also mentioned Chiplet? An unexpected A-share buzzword in A White House briefing
Nio Li Bin responds to mobile business rumors: This should be the definition of other people's imagination to us
Amazon is pushing a feature called "swipe to pay" that scans your palm to pay in seconds
Text message color, picture quality compression! Google calls out Apple for improving cross-device messaging