Dialogue with cook's "top stream of evaluation circle": why is he? 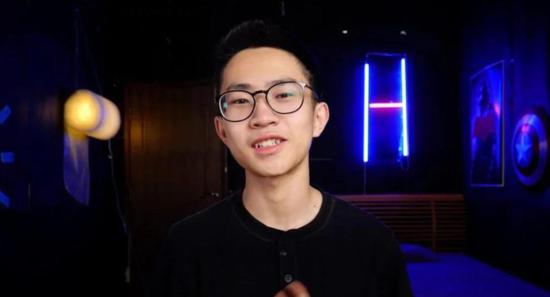 Why is the original title he?

This interview video quickly became popular. In a few days, the broadcast volume on microblog reached nearly 30 million times, which exceeded other platforms that distributed synchronously. It's no surprise that in microblog, he's videos in the past have been forwarded and redistributed by quite a number of big V's and authoritative organizations, and his influence has been expanding.

Maybe most of he's fans are through his work "how fast is it?"? 5g real experience in daily use. Before that, he has evaluated many digital products, from iPhone 5C to airpods to iPad mini5. With his exquisite shooting and brilliant editing, he has become a well-known creator in the digital circle.

He is hardworking and lucky. He has really opened up his popularity by shooting a video of the practical application of 5g technology on campus.

How fast is 5g? It's not easy to shoot. He took the school bus several times from Changping campus of Beijing University of Posts and telecommunications to the campus of Xitucheng to find the signal. Coincidentally, he caught up. In his video, it takes only one second to download a song from a mobile phone with 5g technology, and it takes less than one minute to finish a large-scale mobile game with several gigabytes.

What follows is the recognition and support from all sides. 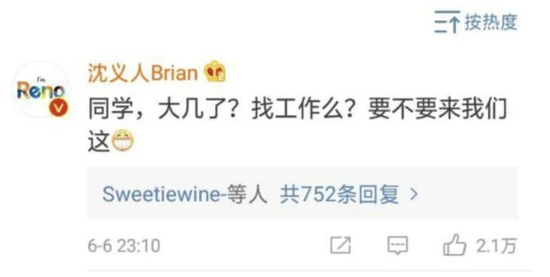 After entering the microblog of a large number of official institutions, authoritative media and famous big V, he was completely out of the circle. Only microblog can gather so many organizations and media. In their forwarding, endorsement and cross-border interaction, he's works have gained more popularity, and he himself has received unprecedented attention.

For vertical content creators such as technology and digital, another advantage of microblog is the attribute of fans: they have a wide range of interests. Even in the field of niche, under the base of more than 500 million active users of microblog, a large number of fans can be gathered.

This also means that as long as there is good content, creators will not lack traffic and fans' attention. He's popularity makes many original vertical bloggers see the hope of getting out of the circle on Weibo.

However, he's popularity did not drop after he became famous overnight. In all major platforms, fans are rising all the way; after 5g video, new blockbusters are coming one after another. Whether it's copywriting or shooting level, he's progress is visible to the naked eye.

To a large extent, this is due to his constant challenge to his ability boundary. He would force himself to constantly improve the texture of his creation with an almost strict requirement. Sometimes, in order to find a better angle, he would take a shot repeatedly for three days, and he would not sleep well for a month because of the anxiety about the quality of the video.

Another important reason for he's popularity overnight is that he's always in touch with his fans.

Different from the video platform, more diversified content such as words and pictures can also be well spread on Weibo. Creators don't have to connect fans in the form of videos. Simpler and lower cost graphic content can also arouse the connection with fans and bring more cross-border interaction and communication.

Recently, there are not a few overnight celebrities like he. 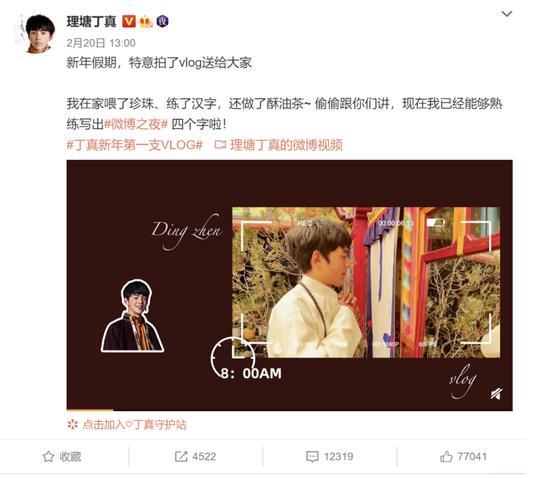 A few months later, Ding Zhen's fever is still on. The way he runs happily with his pony pearl is engraved in the hearts of everyone who yearns for poetry and distant places, and makes him and his hometown more famous.

When he's peers are still anxious about their graduation thesis and postgraduate entrance examination results, he has talked and laughed with the CEO of one of the world's largest technology companies. 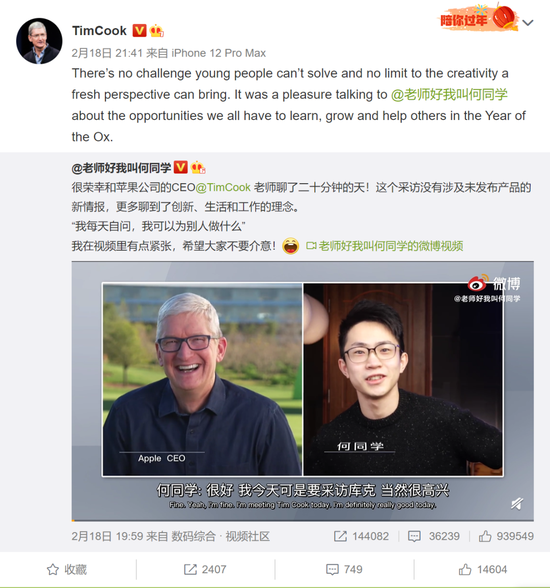 Microblog is also a social content platform that many enterprises and celebrities focus on. Bosses not only publicize their own products here, but also frequently interact with various creators, forming a microblog specific content ecology between forwarding and comments.

For the creator, this will form a great attraction. Not in every content platform, the works of creators can be forwarded by big V, and it is difficult to form a forwarding chain like microblog, forming a huge amount of content voice.

Related news
Hot news this week
International payment giants deploy digital currency one after another, visa has supported 35 digital currency service providers around the world
Don't change the plane, Lenovo Chen Jin: it's suggested that waiting for the rescuer will bring the most thorough solution of Xiaolong 888
The 27 year old Chinese boy became famous in the first World War! Making the most accurate prediction model of the new crown in the United States
Li Xiang's internal letter: ideal to become the first intelligent electric vehicle in China in five years
158 questions were asked: for the first time, scientists found that dreams can answer math problems correctly
Behind Baidu's market value breaking 100 billion US dollars: from driverless Huangpu Military Academy to car making
Sequoia was attacked by hackers on Friday: personal and financial information may have been stolen by a third party
The United States suffered a large-scale cold wave attack, and China's supercomputing accurately calculated the weather disaster 15 days in advance
Windows 10 continues to improve the settings page to help control panel migrate users to adapt to the new interface
Shen Tengcheng, the first 20 billion box office actor in Chinese film history, has expanded his advantages over Huang Bo and Wu Jing
The most popular news this week
Competing for "first share": fresh e-commerce falls into the curse of listing
Baishi express responded to the collapse of some outlets: the current network operation is normal
Follow up iPhone environmental protection strategy! Meizu officially confirmed: 18 series charger cancelled
Shaanxi found the spring and Autumn Period male beauty facial fat netizen: the life of ancient people is much more exquisite than us
Exposure of Xiaomi 11 Youth Edition: equipped with high brush OLED screen and side fingerprint
Turn over! China's top five box office films are all domestic films: "Tangtan 3" surpasses "Fulian 4"
It will be profitable in 2020! Suning e-buy retail cloud sales soared by more than 100%
Align redmi K40! Exposure of Xiaomi 11 Youth Edition: equipped with high brush OLED screen and side fingerprint
Ren Zhengfei: Huawei has one billion mobile phones on the Internet. The future is the cloud era
LG NEW TV patent approved: between curly TV and transparent TV