A key current system in the Atlantic that helps redistribute heat around the earth has become extremely weak, according to a new study published this week.The current, known as the Gulf Stream, is moving slower than it was in the past 1600 years, according to researchers. Interestingly, back in 2018, a similar study made the same statement. 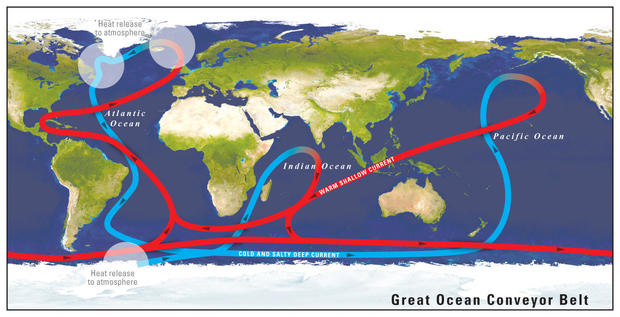 Scientists believe that part of the reason for the current slowdown is due to warmer climate and melting ice, which are changing the balance of ocean waters. The Gulf stream across the east coast of the United States is an important part of a system known as the Atlantic meridional overturning circulation or AMOC.

Interestingly, this current slowdown is one of the preconditions of the famous disaster film the day after tomorrow, which was released in 2004, and discusses the consequences of the complete cessation of the current.

Scientists say that the sudden stop of the current will not come soon. The researchers believe that the current cycle is at least 15% slower than it was in 1950. In the past thousand years, ocean currents have weakened to an unprecedented degree, the researchers said. They also believe that slowing ocean currents are having an impact on the earth. 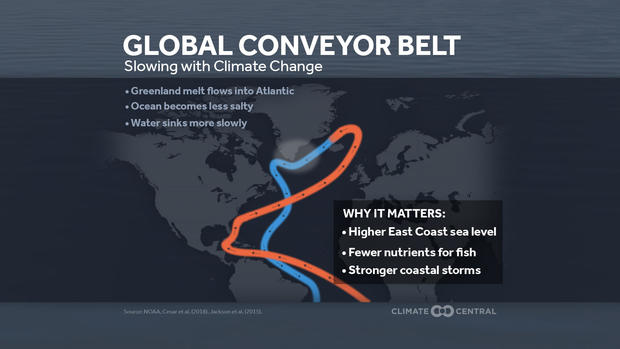 Research shows that the Atlantic part of the conveyor belt, AMOC, drives the flow system to move at 100 times the flow of the Amazon. Scientists believe the current is slowing down as the Arctic ice melts faster.